The Catalan GP is already here

Several of the main contenders in the premier class admit that winning at the Circuit de Barcelona-Catalunya would be something very special for them.

The Circuit de Barcelona-Catalunya is ready to host the seventh FIM de MotoGP™ grand prix of the season. In the traditional pre-event press conference, riders admitted they were set to offer a fantastic show to the thousands of fans who will gather at the Catalan track over the weekend.

“If I were to choose one of the four Grand Prix held in Spain, I would surely choose to win this one. My family is here, and here’s where I have more fans. I’m arriving in Catalonia in great shape. I’ve always been fast on this track, and I hope I’ll be able to put together a good home race”, championship leader Maverick Viñales confessed.

Marc Márquez, incumbent World Champion, nodded and added: “The atmosphere is really special for me. I can feel how my family, my fan club, and my friends support me all the way. I am always at 100% but, in Montmeló, I try to do a bit more than usual”.

Italian Valentino Rossi, who has amassed 10 victories at the Circuit de Barcelona-Catalunya (7 of them in the top class), admitted his injury is not behind  him yet: “I’d need an additional week to be at 100%, and it’s a pity not being perfectly fit for this race. But I’ll work hard in each practice session to be in the best possible conditions for Sunday”.

Andrea Dovizioso,currently going through a fantastic spell after being crowned in the Italian Grand Prix last Sunday, said: “Everything went really smooth in Muggello, and the bike was great. But Barcelona is a totally different track, and it’s difficult for all of us. I feel confident, though”.

Danilo Petrucci, third in Italy, was also quite upbeat as he declared: “I’m very happy after climbing to podium in my own country. After a difficult start of the season, I’m improving at a good pace, and I think I’ve taken an important step forward. I hope I’ll be in the top 5 this weekend, although the heat will be a big handicap”.

Finally, Álvaro Bautista confirmed his willingness to fight for podium, after finishing 5th in the last race. “After having crashed twice this year, finishing 5th in Italy really boosted my confidence. I thoroughly enjoyed the race, and I hope I’ll stay on track for Montmeló”, he said.

Marc Márquez plants a tree at the Circuit

After meeting the media, Marc Márquez planted the KISS Barcelona tree at the Circuit de Barcelona-Catalunya this afternoon. He joined the Climate Justice Ambassadors, children from Plant for the Planet, an organization created by children for children with a single goal: achieving Climate Justice.

The Mediterranean hackberry specimen was planted close to the paddock roundabout. It stands as a symbol for sustainability values in sport, something Marc Márquez clearly embodies. Márquez is planting his own seeds of respect and solidarity, and he is also reaping the fruits of sustainable (zero waste, zero emissions) events.

This is how the FIM-promoted KISS Barcelona 2017 project opened its fourth back-to-back edition, implemented in Barcelona by the Circuit’s Green Meeting Point working group. KISS Barcelona includes an array of activities to raise awareness among Gran Premi Monster Energy de Catalunya de MotoGP™ spectators about the need to take care of our planet.

At midday, an exhibition in memory of Luis Salom featuring pictures taken by over 40 MotoGP™ World Championship permanent photographers was inaugurated. A large number of riders, as well as Dorna CEO Carmelo Ezpeleta, the Circuit’s General Manager Joan Fontserè, the president of the Royal Spanish Motorcycle Federation Management Committee Àngel Viladoms,  and Pedro Mas, president of the Balearic Motorcycle Federation, were some of the visitors to this photography exhibition.

All over the weekend, fans can pay their personal tribute to Luis Salom behind Grandstand H, in a special space prepared for them to leave comments and dedications to the rider.

Tickets for the Gran Premi Monster Energy de Catalunya de MotoGP™, are available at the Circuit website (www.circuitcat.com) or at the box offices opening tomorrow at 8 am. Doors will also open at 8 am. Free parking lots for cars and bikes will be open from 7 o’clock.

On Friday, track activities will start at 9 am, with the first free practice sessions for the Gran Premi Monster Energy de Catalunya de MotoGP™. 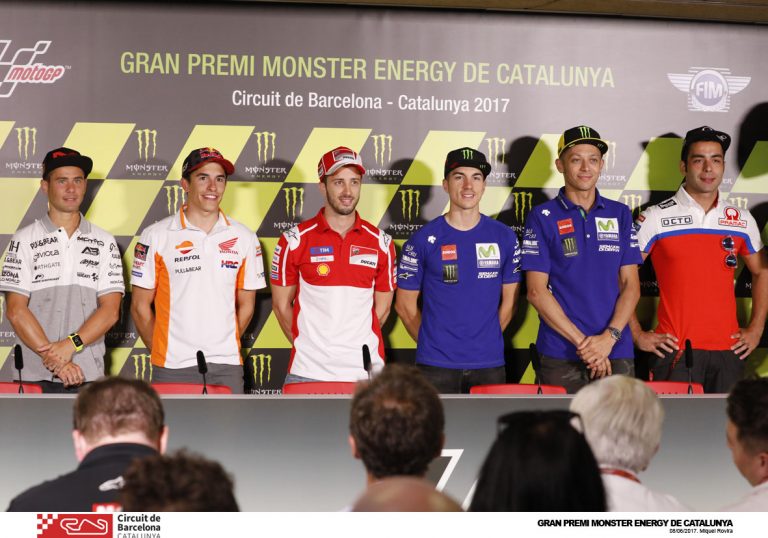 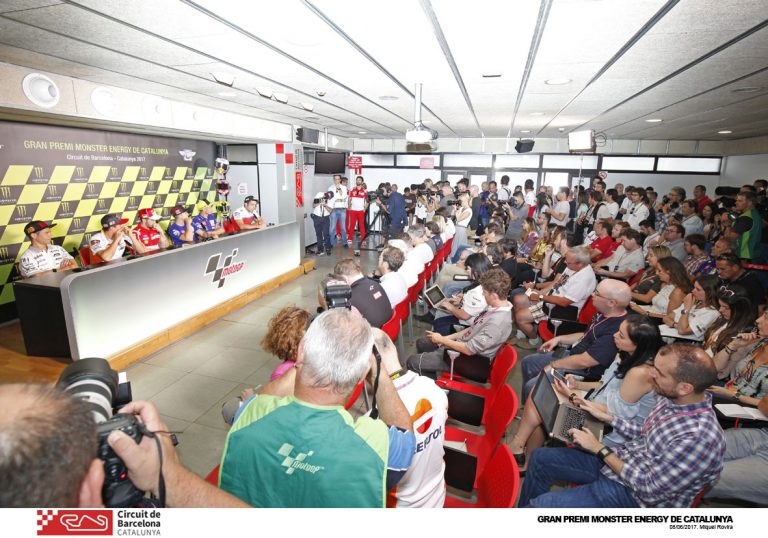 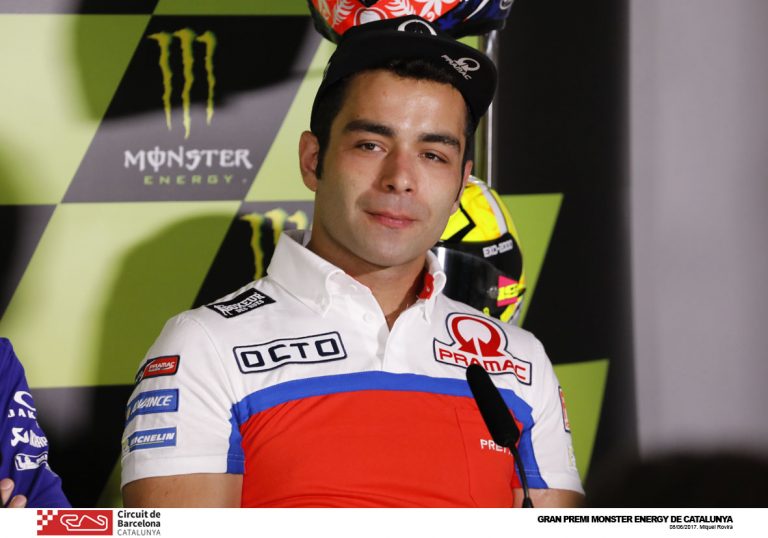 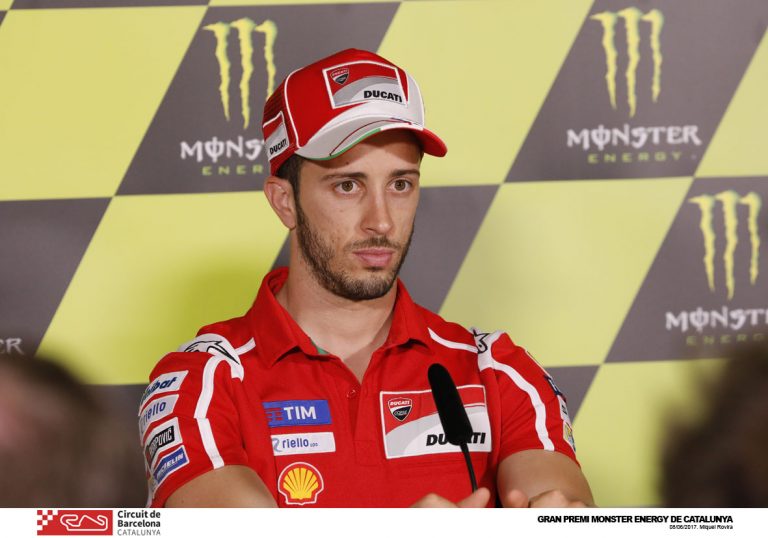 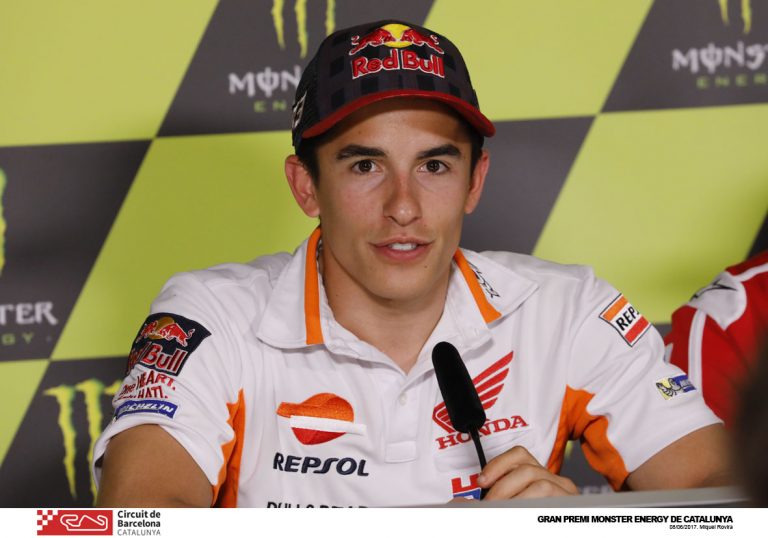 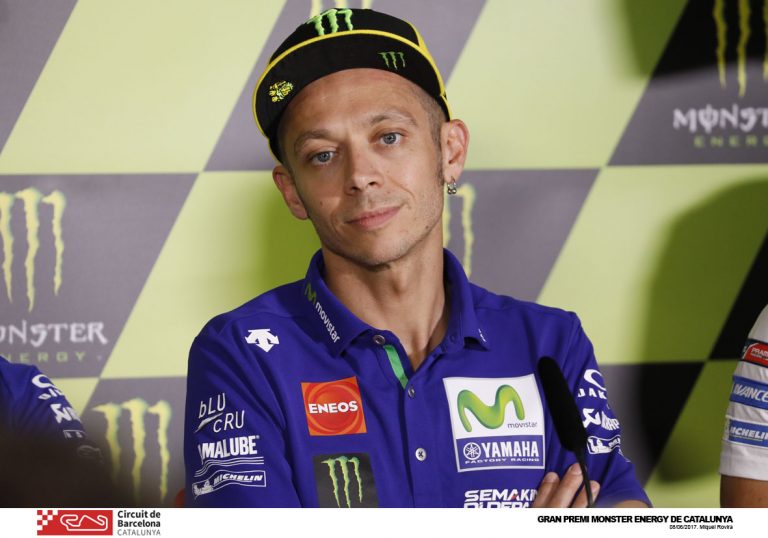 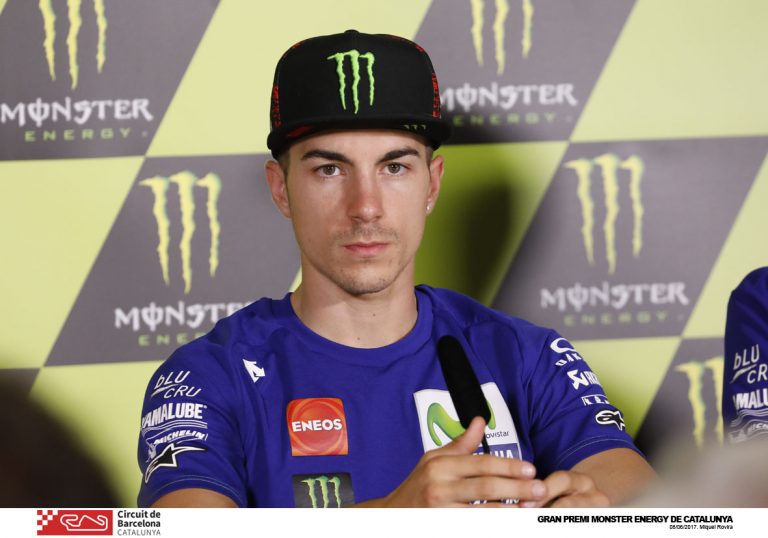 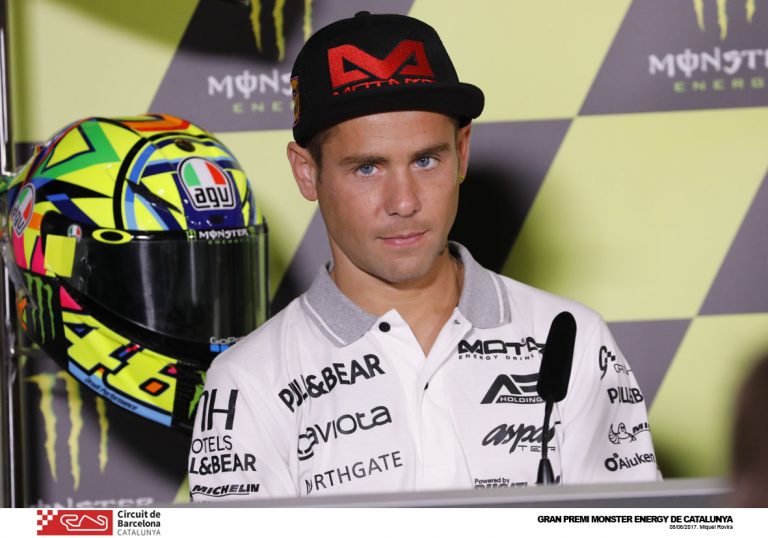 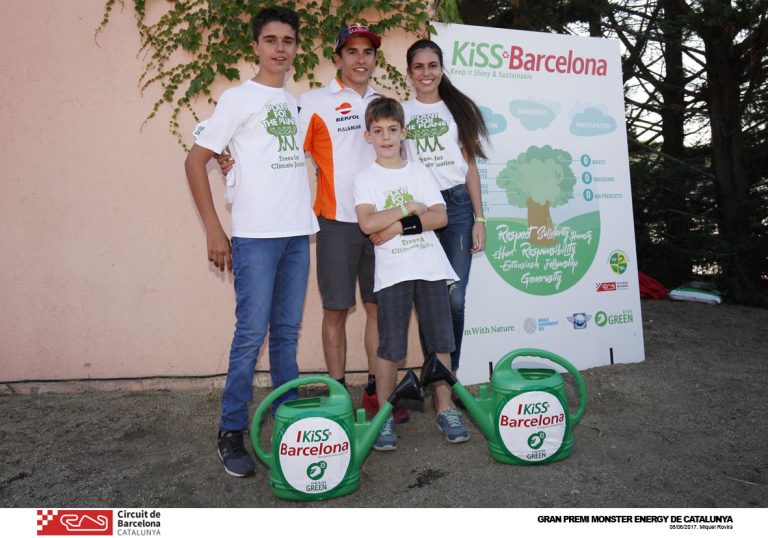 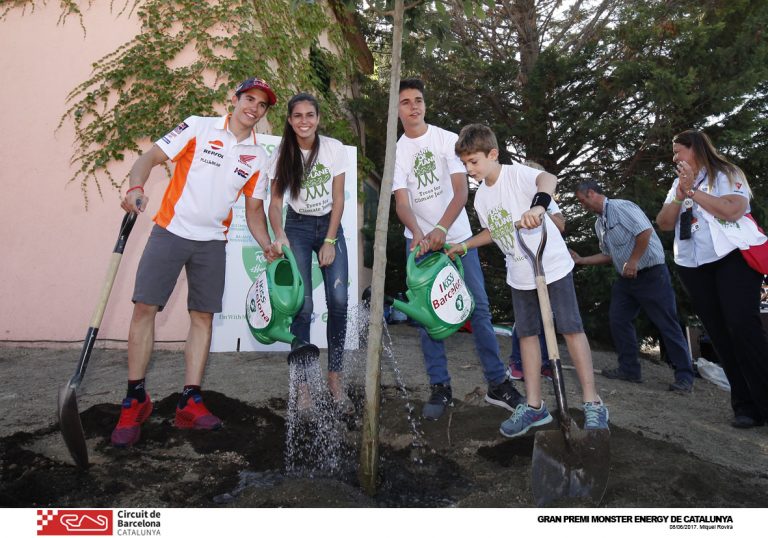 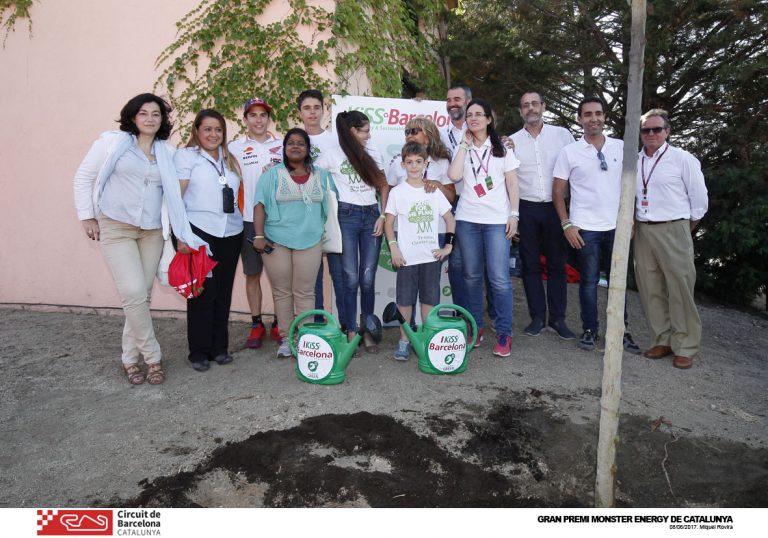 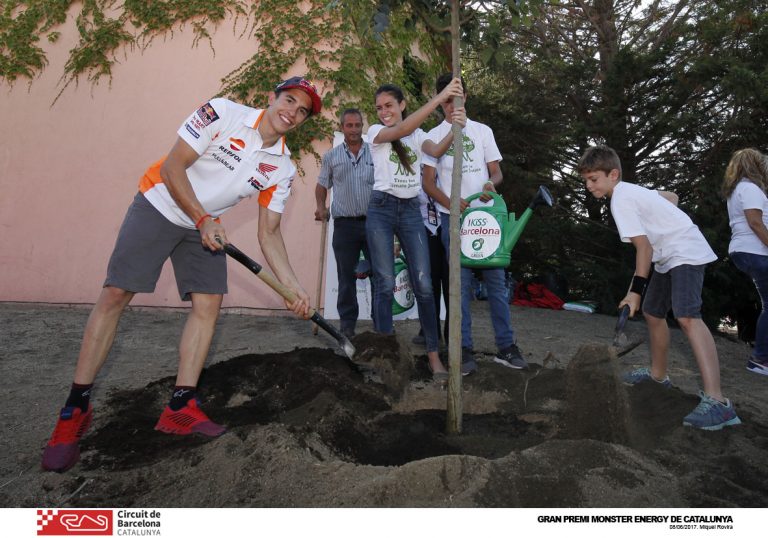 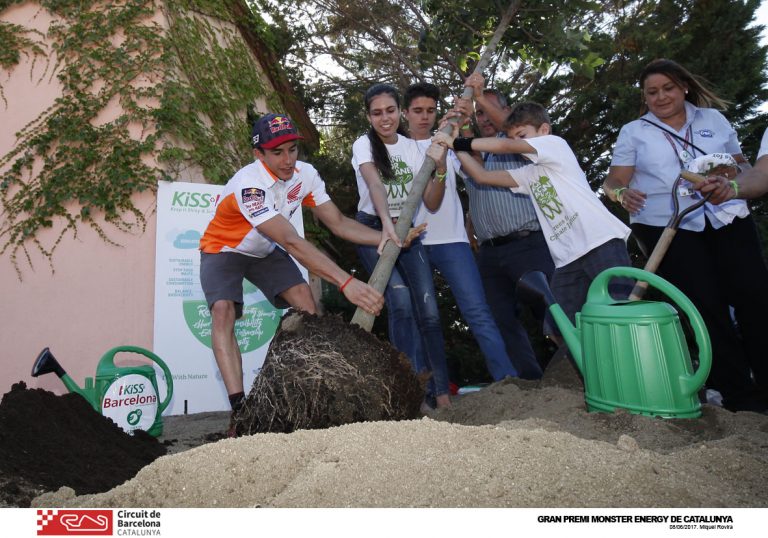 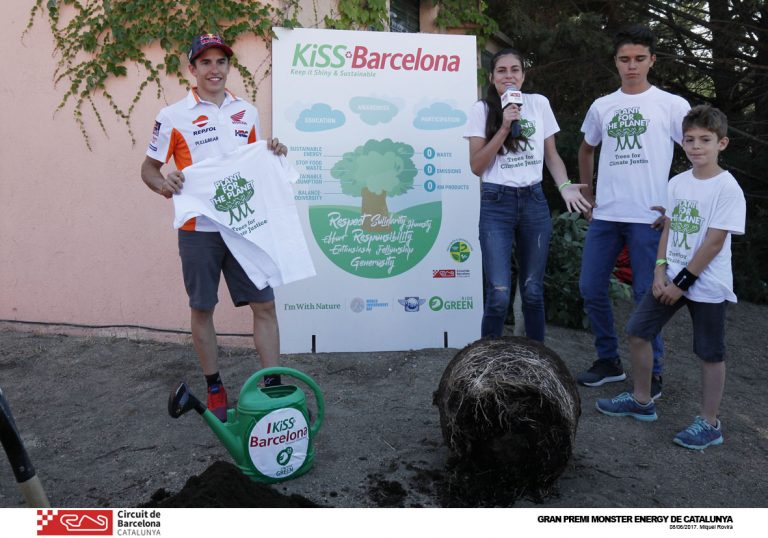 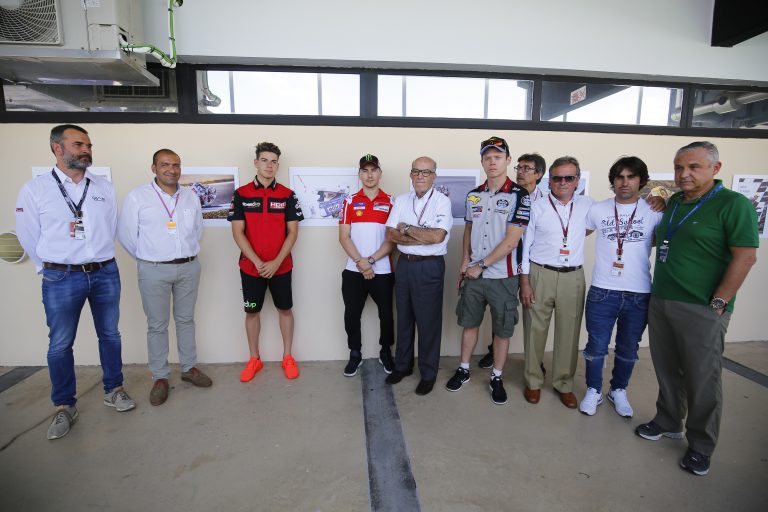 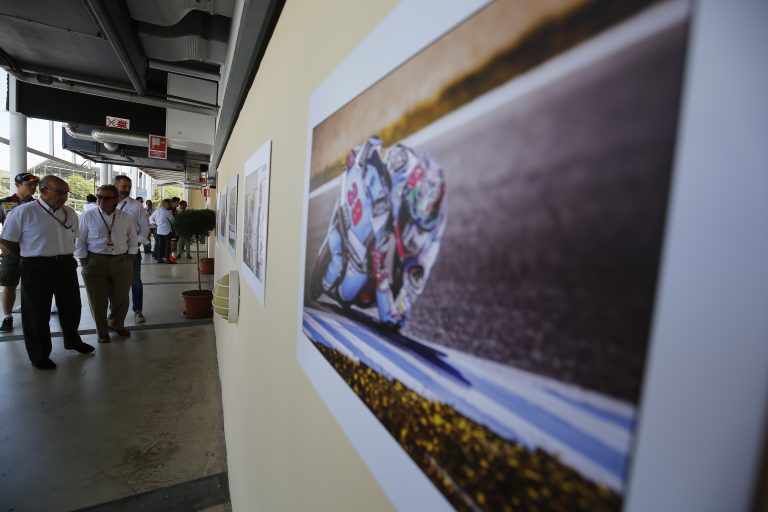