The Catalan racetrack is a sports facility that includes a forest area of more than 25 hectares. Due to this specific reason, Circuit de Barcelona-Catalunya started in 2019 a project for the improvement of the biodiversity of its forest, with the collaboration of Social Forest, a company dedicated to sustainable forest management, which is oriented to training and the labour integration of socially excluded or unemployed young people.

The aim is to improve our biodiversity, creating a native, autonomous, more attractive and environment-friendly ecosystem, adding an educational value, by means of boards describing the actions carried out in the forest, for the enjoyment of and to raise awareness among the attending public.

The reforestation of the ecosystems is essential in order to reach the United Nations Sustainable Development Goals, and therefore, the UNEP has proclaimed reforestation as a world priority for the 2012-2030 decade.

Forest in the Crater area

This was the first space in which we acted. It is located next to the RACC Driving School and the Member Area. It was inaugurated by the FIM Environmental Ambassador Marc Márquez. The inauguration event included the presentation of an insect hotel that had been installed recently.

Other outstanding actions that were performed during the first phase in 2019 were:

In addition, as a circular economy action, nest boxes were manufactured using plant debris from tree felling in the area.

This initiative was the result of a circular funding generated by means of sustainable circular economy actions. With the funds raised from the reusable cups that were not returned during the previous season, it became possible to fund the Circuit Forest project.

The Path of Senses

Following the same line, the Gran Premi Monster Energy de Catalunya de MotoGP™ 2020 served to inaugurate another area of action in the green areas of the Circuit, within the framework of the KISS Barcelona programme promoted by FIM Ride Green.

After acting on 0.8 additional hectares of the forest, thus completing the whole surface of the area, the “Path of Senses” was inaugurated, made of natural materials taken from the forest, such as pine cones, earth, trunks, etc. with the aim of connecting with nature.

We also planted native trees, such as nettle trees and strawberry trees, using the Cocoon technique. A Cocoon is a biodegradable vessel that wraps around the trees allowing to dose the water and making irrigation much more efficient, as it reduces the water consumption. It is also a shelter for biodiversity. The diversification of the tree species is important to avoid the vulnerability associated to dominant species and to improve the quality of the habitat, as well as to attract local wildlife.

The initiative was once again the result of a circular funding generated by sustainable circular economy actions, such as the income generated by the sale of the reusable cup at the Circuit in previous years. 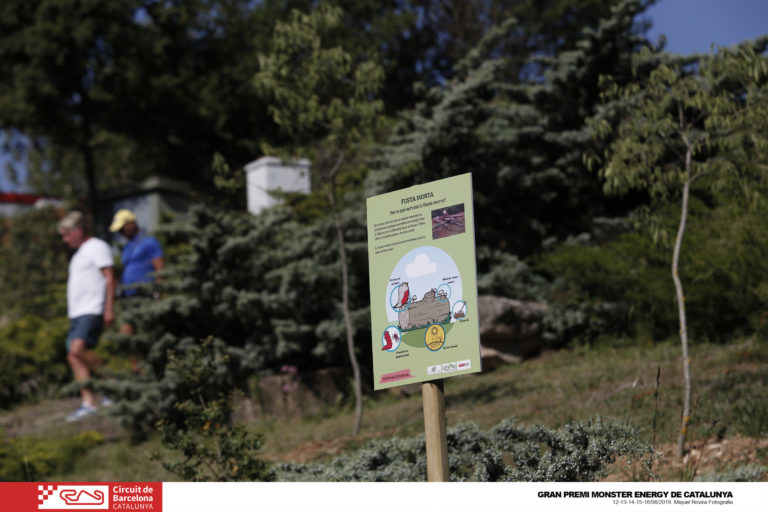 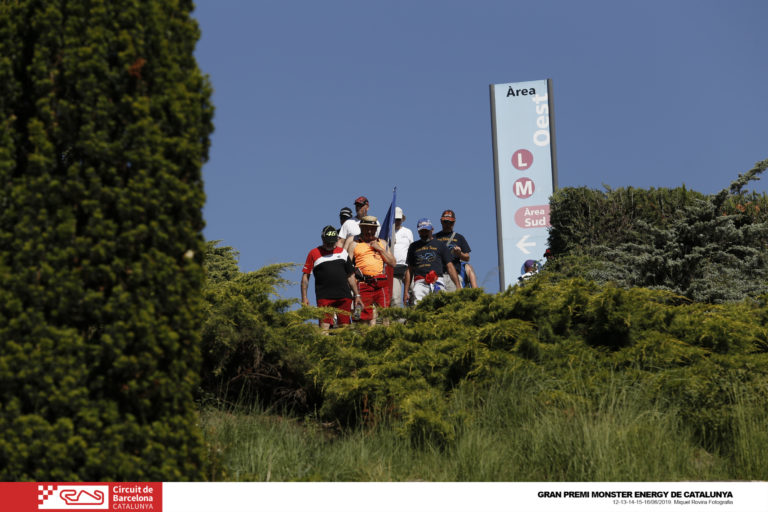 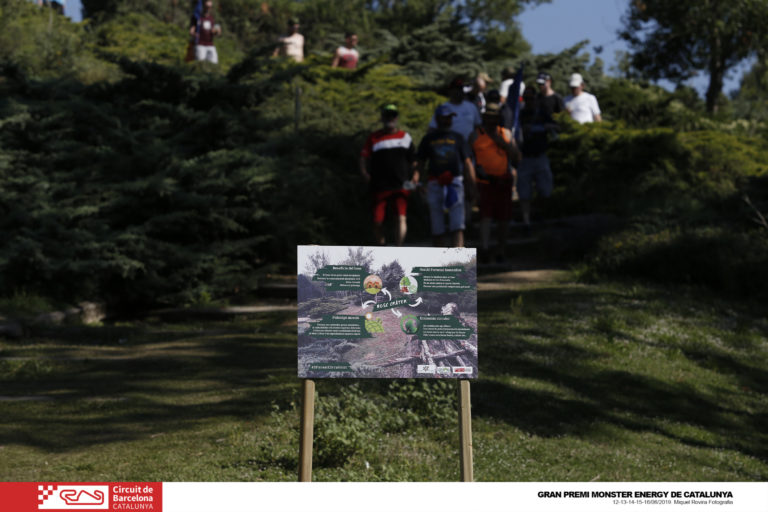 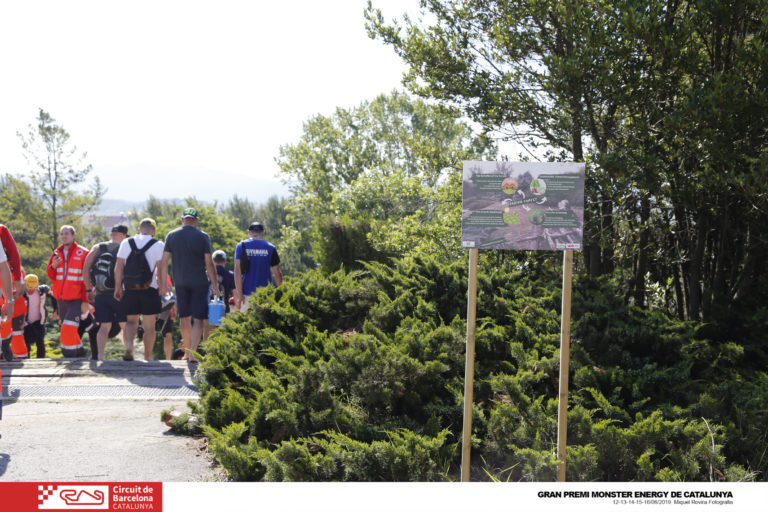 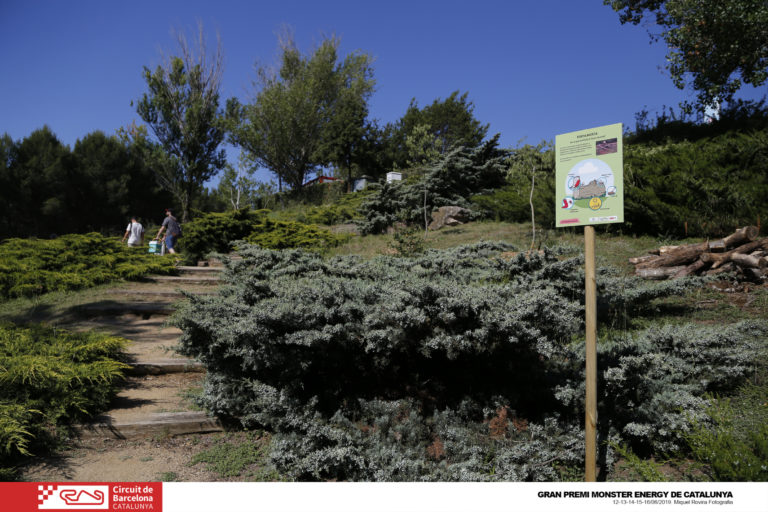 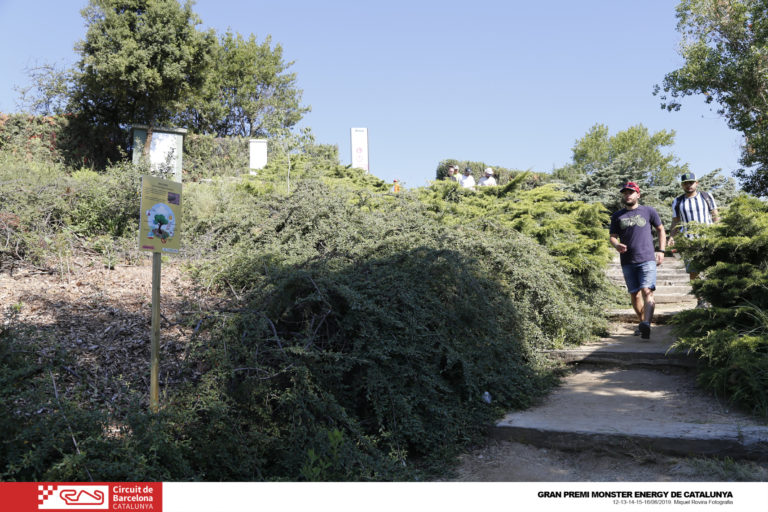 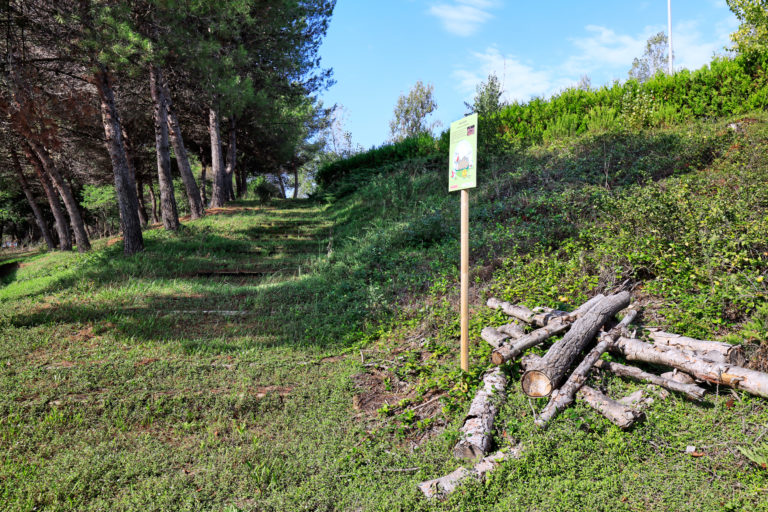 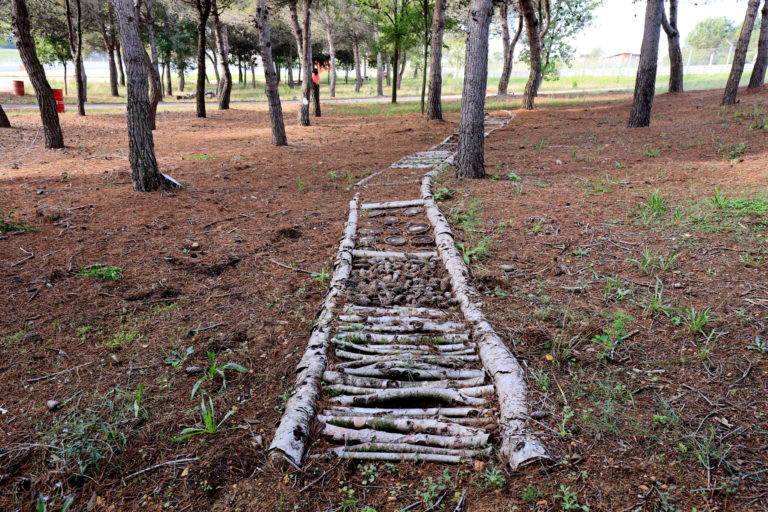 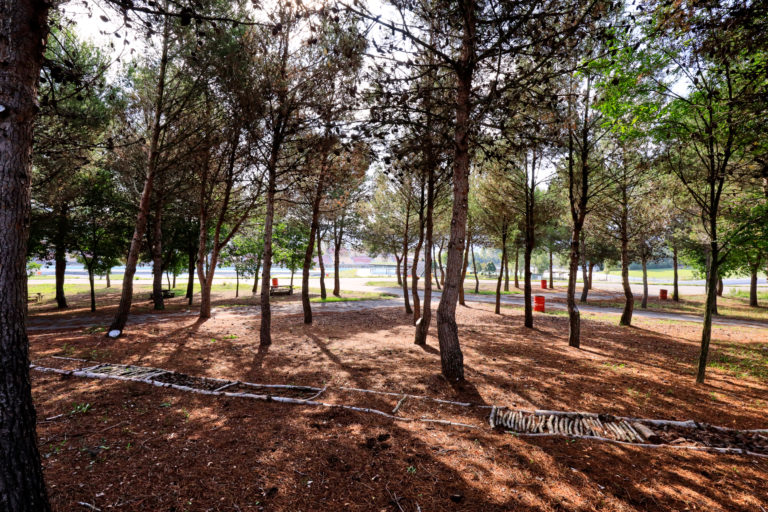 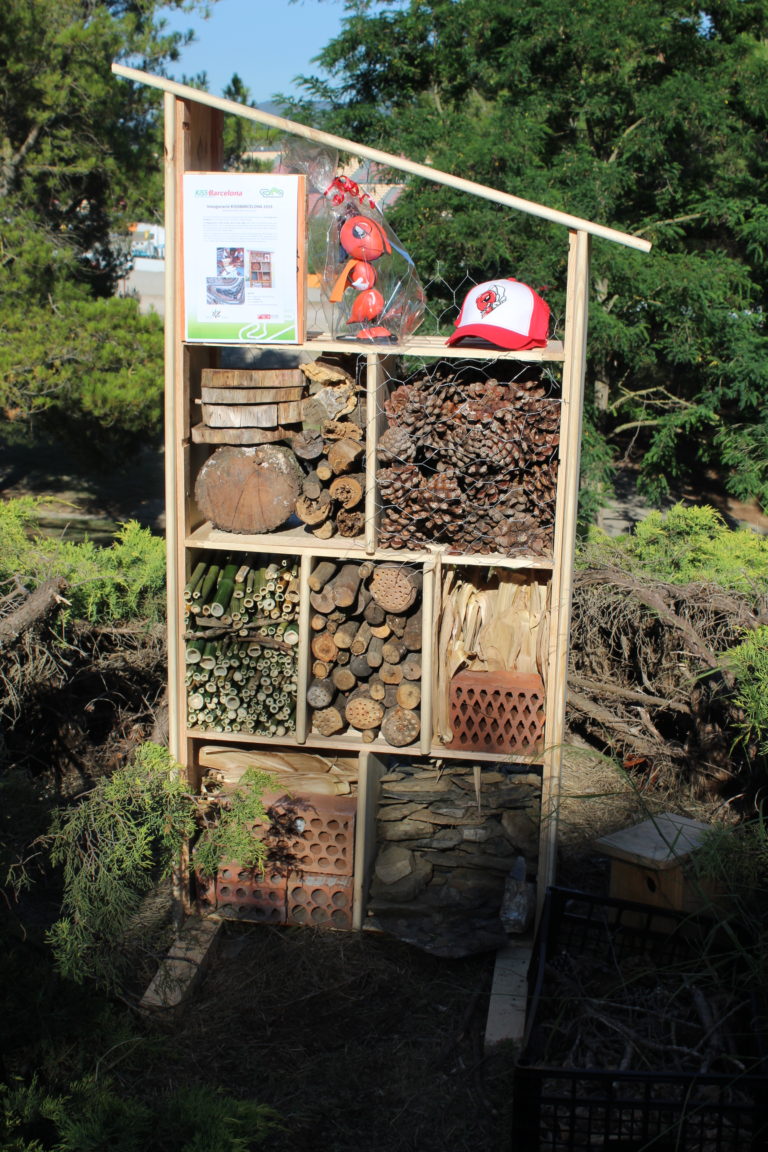 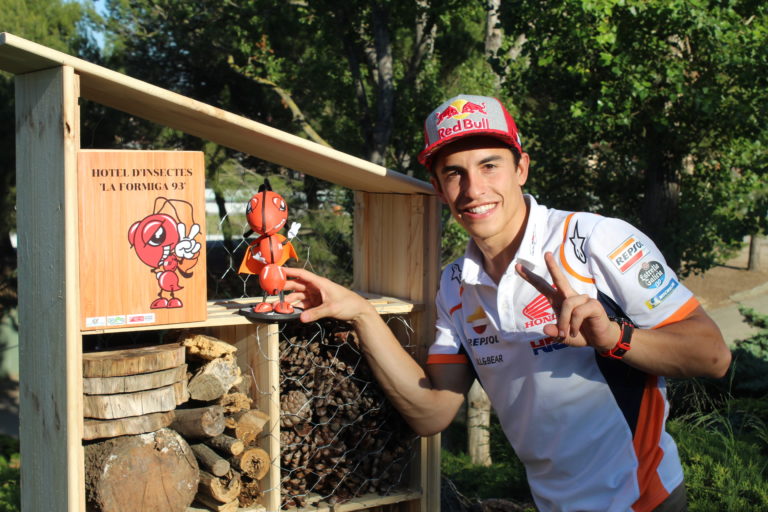 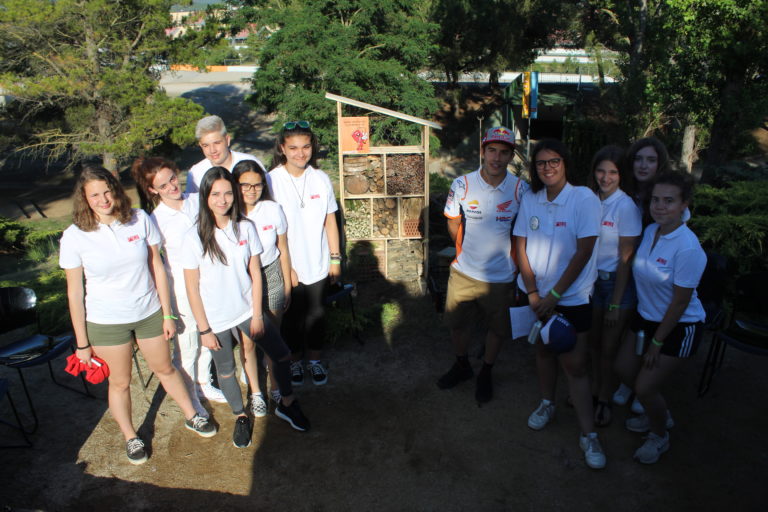 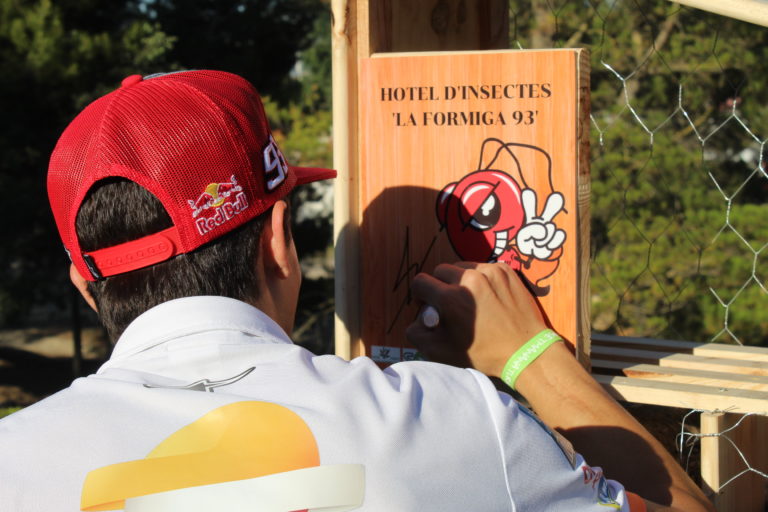