All the details of the Catalunya WorldSBK Round
Menu

All the details of the Hyundai N Catalunya WorldSBK Round revealed

Authorities, riders and media gathered today at the Circuit to present the second edition of the event in Catalonia.

Circuit de Barcelona-Catalunya today revealed more details of the Hyundai N Catalunya WorldSBK Round (17-19 September) thanks to a number of personalities who inaugurated the second edition of the sporting event.

The event took place at the same facilities and was chaired by Josep Lluís Santamaría, General Manager of Circuit de Barcelona-Catalunya. He was joined by Berni Faus and Gregori Lavilla as part of the representation of the organisers. The former, as executive director of Gemocat (the company promoting the event) and the latter, as executive director of the sporting and organisational side of the WorldSBK.

Also present were authorities such as Santi Siquier, head of Territorial Sports Action of the General Secretariat for Sport and Physical Activity; Francesc Xavier Marcé, Councillor for Tourism and Creative Industries of the Barcelona City Council; as well as Pere Rodríguez, Mayor of Montmeló. The sporting representation included the WorldSBK riders Álvaro Bautista, Jonathan Rea and Toprak Razgatlioglu; and the Supersport and Supersport 300 riders Ana Carrasco, Manuel González and Adrián Huertas.

Josep Lluís Santamaría, General Manager of Circuit de Barcelona-Catalunya, highlighted “the organisational capacity of the track, facilities that host four world championship events for the second consecutive season“. He also made reference to the environmental work carried out by the sports venue, and said that “this year the Circuit received the ISO 20121 certification for sustainable events and this weekend we will also have the follow-up audit of the certification. We make motor racing, we make races, but we also take care of sustainability“, he concluded.

The executive director of Gemocat, Berni Faus, spoke of the main difference with respect to last year’s edition: the presence of the public. “We are very excited to be able to welcome the public. It has been very complicated, but we have everything ready for the fans to enjoy this weekend. In addition, we have organised the Parade Lap, a lap of honour around the Circuit with the own motorbike in which up to 800 fans will participate on Saturday afternoon”, he said.

Gregori Lavilla, Executive Director of the sporting and organisational side of WorldSBK, focused on the attractive programme of the weekend: “We have seven races between WorldSBK, WorldSSP and WorldSSP300, and two more in the Yamaha bLU cRU Cup. There is no time to get bored or distracted. The championships are also very exciting and fun, with great battles and a diversity of teams and riders fighting for victory.”

It is precisely about these battles that the protagonists themselves, some of the riders in the championship, have been able to talk. This was the case of Álvaro Bautista, who said that “it’s fantastic to race here with the public, little by little it’s getting back to normal”. “With the Honda we are doing a good development, which is not easy, because in WSBK every season there are more riders in the fight. Also, this year we are racing with the new turn 10, which I think is much better than the previous one, although it has always been a circuit that I have always liked a lot,” he added.

Toprak Razgatlioglu and Jonathan Rea were also in attendance and attracted a lot of attention as they represented the duel of the year for the crown. The Englishman acknowledged that “it’s a very special race for the team, the home race, and last year I was able to win here. The season is coming to an end and I’m very motivated to do my best”. The Turkish rider, however, has another memory from the first edition of the Catalunya WorldSBK Round. “In one of the races last year I couldn’t take part because of a bad crash, so I’m looking forward to making up for it. I like the fight with Jonathan, he is a very strong rider, although off the track there is a lot of respect,” said Razgatlioglu, who is seven points ahead of Rea.

Adrián Huertas, the leader in Supersport 300, recognises that “it’s a very difficult class and you can never take out the calculator. The idea is to continue with the line of podiums and victories we have been on, but always with a clear head. I like this circuit a lot, so we’ll see what happens”. His team-mate in the class, Ana Carrasco, said: “I’m still not at 100% physically, but I’m within a margin that allows me to ride well. I’m looking forward to racing here, it’s been a long time since last year, when I was injured. It’s also the first time in a long time that I’ve raced in front of a crowd. I hope to finish on the podium at home”.

Manuel Gonzalez, fifth in the Supersport class, arrives with a new track record of victories. “I’ve just won at Magny-Cours, I’ve made that step forward I was missing, and I’m slowly improving my experience with this bike. I love this track, I’ve only raced here twice, but it suits my riding style very well,” he said.

On the other hand, the institutional representation was led by Santi Siquier, head of Territorial Action of Sport of the General Secretariat of Sport and Physical Activity; and Francesc Xavier Marcé, councillor of Tourism and Creative Industries of the Barcelona City Council. Siquier said that “for the Catalan Government, it is a sign of goodwill to have this fourth World Championship, Superbike, which, together with F1, MotoGP and Rallycross, makes up this poker of sport events that take place at home, at the Circuit, and that help us a lot to assume these objectives of international projection of Catalan sport that we have been pursuing for all these years”.

Francesc Xavier Marcé followed this line and explained that “we have carried out a study of the last months during the pandemic on the strengths of the Barcelona brand and its reputation, and once again the Circuit has emerged as a fundamental element. The world of hoteliers, commerce and restaurants is asking us to keep the world championships in Barcelona, at the Circuit. Therefore, welcome to your work, count on us. We are very interested in the events carried out here and in the pedagogical role of the Circuit”.

Pere Rodríguez, Mayor of Montmeló, recalled the importance of this year as it is the 30th anniversary of the track: “The Circuit has a present and a future thanks to actors such as teams, promoters, companies and institutions. The Circuit intends to improve and keep growing, and that will make these actors get mobilised as well”.

How the championships come to Barcelona

Toprak Razgatlioglu is in control of WorldSBK

The Turkish Pata Yamaha with BRIXX rider is surprising this season, winning the points battle with Jonathan Rea. The gap between them is only seven points. Third in the World Championship is former MotoGP™ rider Scott Redding. Álvaro Bautista is the highest-placed Spaniard in tenth position.

Dominique Aegerter is unchallenged in WorldSSP

The Swiss rider has a comfortable lead of over sixty points, making him the clear favourite for the crown. He is followed by Steven Odendaal and Philipp Oettl. Manuel Gonzalez defends his home team from fifth place.

Adrián Huertas is the leader of the smallest class of the World Championship, with a total of 179 points. Tom Booth-Amos is in charge of putting pressure on Huertas, although 21 points behind, followed by Jeffrey Buis. Ana Carrasco is in ninth position with 51 points. 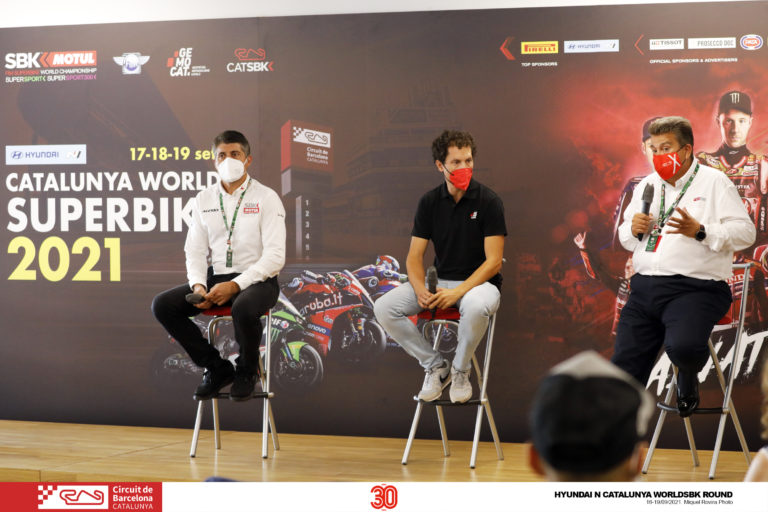 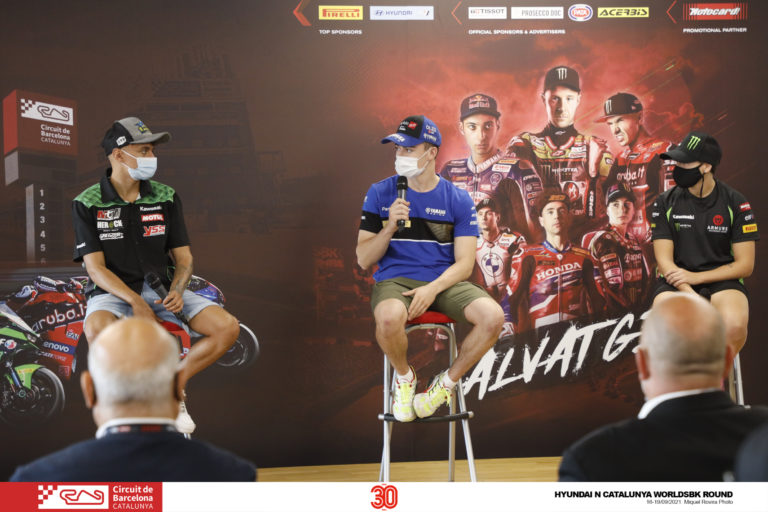 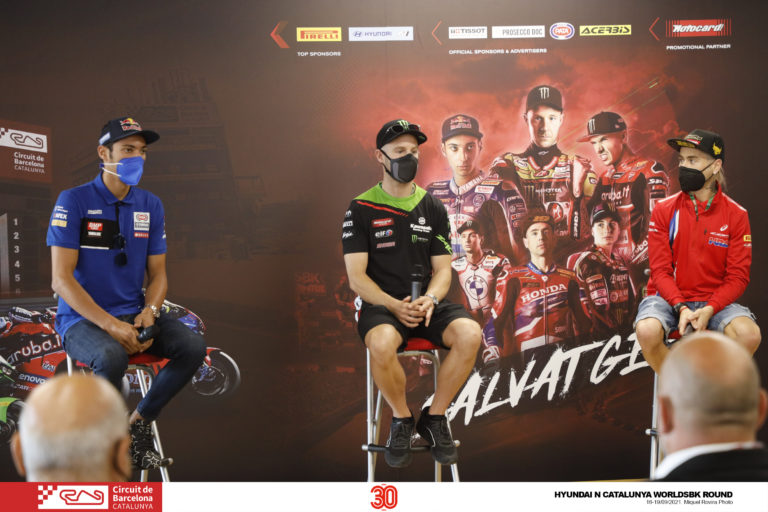 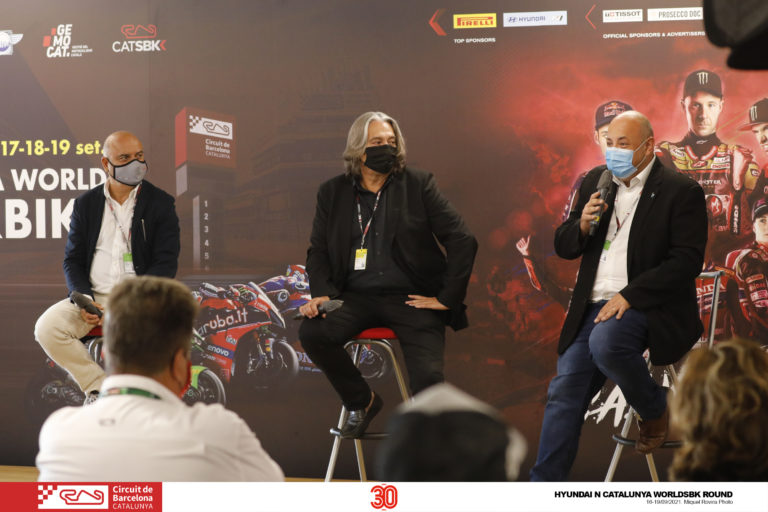 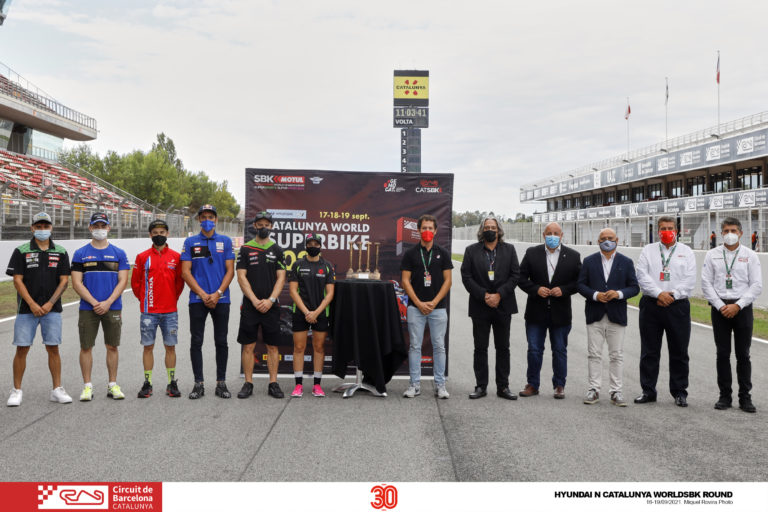 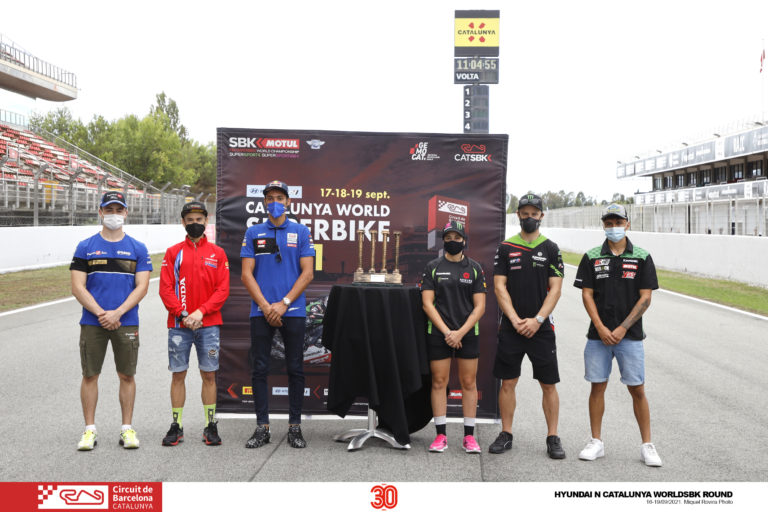 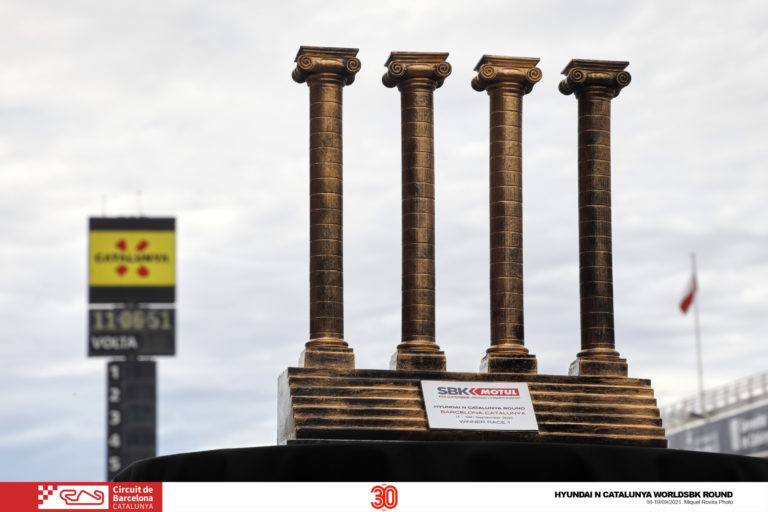