The first final of the weekend has been marked by the touch between the candidates for the crown, Johan Kristoffersson and Kevin Hansen, which has paved the way to victory for Timmy Hansen.

The FIA World Rallycross Championship has completed the first of its two qualifying events scheduled at Circuit de Barcelona-Catalunya. This means that Saturday will be just as exciting as tomorrow, with qualifying, semi-finals and final.  For the moment, in this double date in Catalunya, Timmy Hansen (Hansen World RX Team) has won, giving the surprise to the main rivals for the title, his brother Kevin Hansen (Hansen World RX Team) and the leader Johan Kristoffersson (Kristoffersson Motorsport).

Actually, the four-time World RX champion started the day as one of the favourites for victory. The Swede had the fastest time in the first free practice, the Superpole and the first position in the combined Heat 1 and 2, as well as in the Progression Race. All these preparations led the championship leader to win his semi-final, something that his biggest rival in the points table – Kevin Hansen – also did with the other semi-final.

With these preliminaries, the final was looking very exciting, with a head-to-head battle between the fastest drivers in the championship. But it was not all said and done, as the other Hansen brother was thirsty for victory, as he already told the media yesterday. The start was a decisive moment for the development of the race, as Johan Kristoffersson arrived at the first turn sweeping his opponent Kevin Hansen off under braking. Both went long into the gravel, with worse luck for the younger Hansen, who took a little longer to rejoin the track.

After this altercation, Niclas Grönholm (Construction Equipment Dealer Team) took the lead and moved into pole position, with Gustav Bergstöm (Gustav Bergström) chasing him in second and Timmy Hansen in third. The Joker Lap strategy was the key to unravelling the podium positions, as Grönholm waited until the last lap to make the longer pass through the corners. Timmy Hansen, who had already done the Joker Lap, took the lead at that precise moment, with Grönholm right behind him.

This change of position took place just a few metres from the finish line, which meant that both drivers took those places. Gustav Bergstöm had to settle for a third place, which he was happy with. Eternal rivals Johan Kristoffersson and Kevin Hansen were fourth and fifth respectively. With this result, Kristoffersson has not yet been able to seal his fifth world title, but the celebration could come tomorrow at Circuit de Barcelona-Catalunya.

Unlike the World RX, the RX2e category does not have a double final in Barcelona. For this reason, the participants today have carried out the first warm-up sessions. In Heat 1, Nils Andersson was the fastest, clocking a time of 4:21.727, with Isak Sjökvist second and Patrick O’Donovan third. In the second run, Isak Sjökvist was the fastest, followed by Andersson and Viktor Vranckx.

The home participants, on the other hand, have had lights and shadows. Pepe Arqué achieved the best time of them all, with a double fifth place. Pablo Suárez, who was sixth in Heat 1, was unable to finish in Heat 2, a session in which he lost a tyre due to contact with his rivals. Carlos Checa also had the same results in both heats, with the eighth fastest time. Things went quite wrong for Laia Sanz as she had to deal with a spin in the first run and some problems on her RX2e in the second.

The other guest of the weekend, former F1 driver Nick Heidfeld, was a positive surprise. The German, who admitted yesterday that he had no experience in the discipline, set the seventh fastest time in the two Heat runs. Tomorrow, both he and his rivals will have to do their best to qualify for the semi-finals and the final.

In the very heart of the Circuit’s paddock, where all the exhibiting brands and all the proposals for the attendees are located, the first edition of the sustainable mobility fair called e-Mobility Experience has been inaugurated by the President of the Government of Catalonia, Pere Aragonès i Garcia; together with the Catalan Minister of Business and Labour and President of the Circuit, Roger Torrent i Ramió; and the Mayor of Montmeló, Pere Rodríguez. They were accompanied by the Catalan Minister of Climate Action, Food and Rural Agenda, Teresa Jordà i Roura; the President of the RACC, Josep Mateu i Negre; the General Manager of the Circuit, Josep Lluís Santamaría i Romero; and the Secretary General for Business and Labour, Oriol Sagrera i Saula, among other authorities.

The Circuit holds another edition of CatalunyaRX with an equally important dimension as the sporting one, and that is the sustainable one. The meeting, which has been ISO 20121 certified since last year, has prepared a set of actions to contribute to sustainability and to raise awareness among all the parties involved in the event.

Some of these actions are the promotion of sustainable mobility and the responsible use of water, efficient energy consumption, the commitment to Km0 and ecological products, the reduction of plastic waste and its correct segregation, the donation of food or sustainable forest care, among others. Moreover, attendees and teams will find a sustainability stand in the paddock area that will allow them to learn about these and other actions on which the Circuit is working.

Attendees can enter through Gate 3 from 9.30 a.m. The IN6 car park is available for parking and Grandstands B, C and G to follow the activity on the track. The opening hours of the fair are from 10 a.m. to 6 p.m. throughout the weekend. 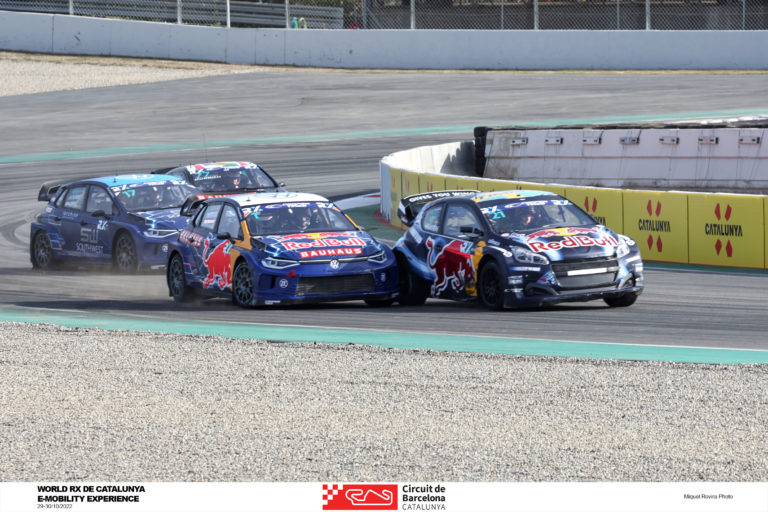 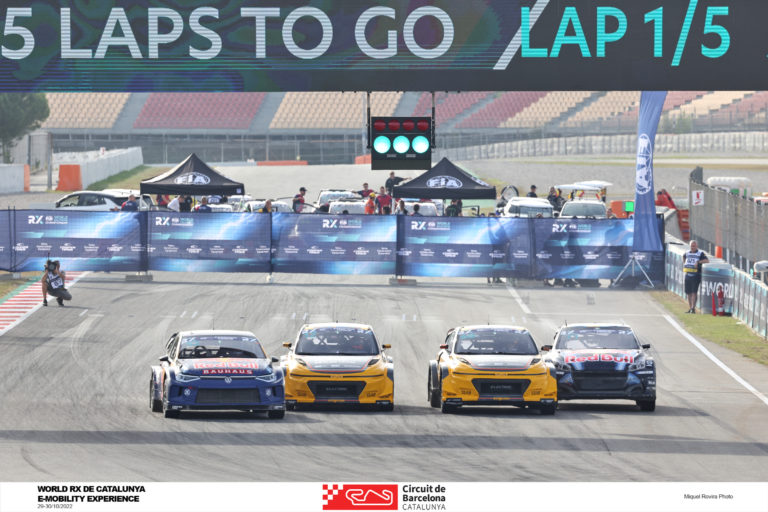 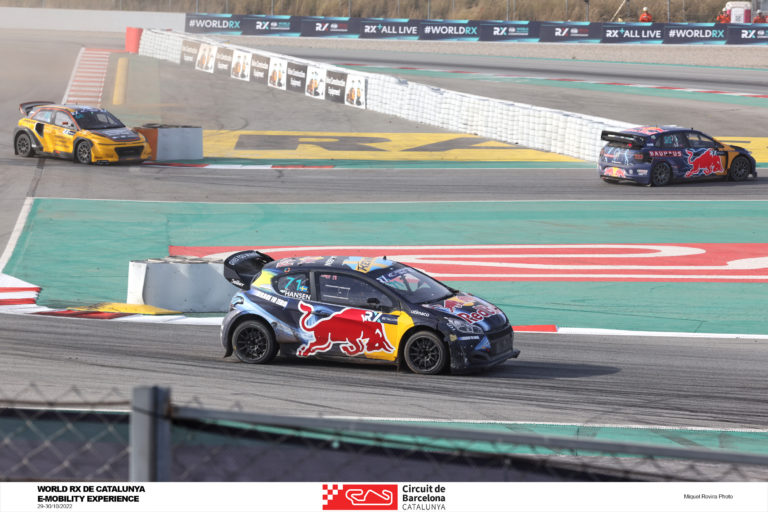 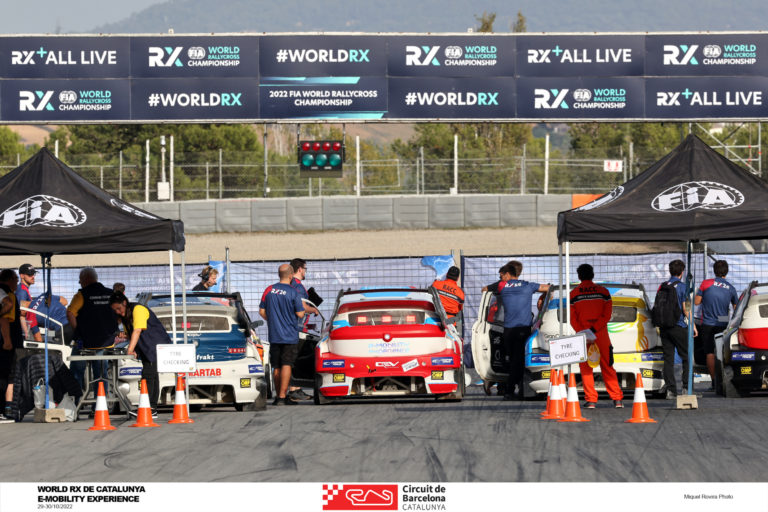 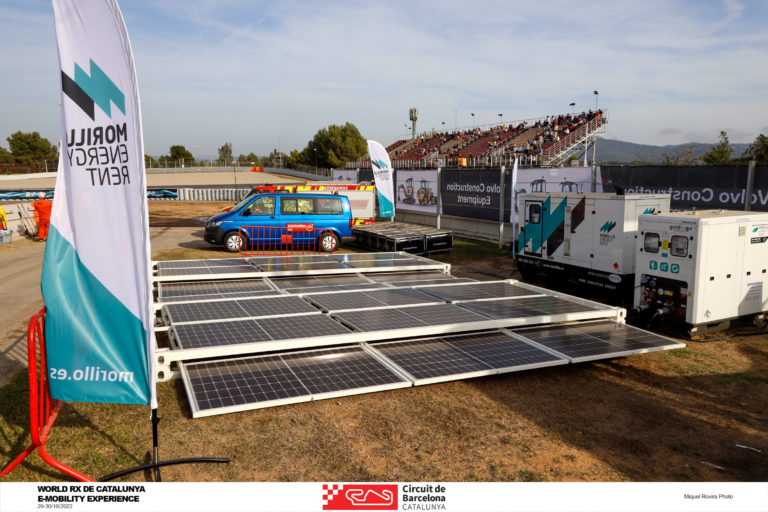 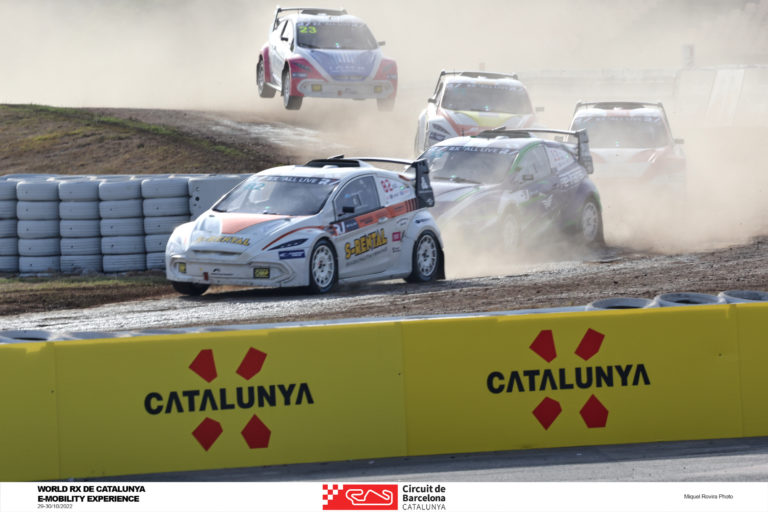 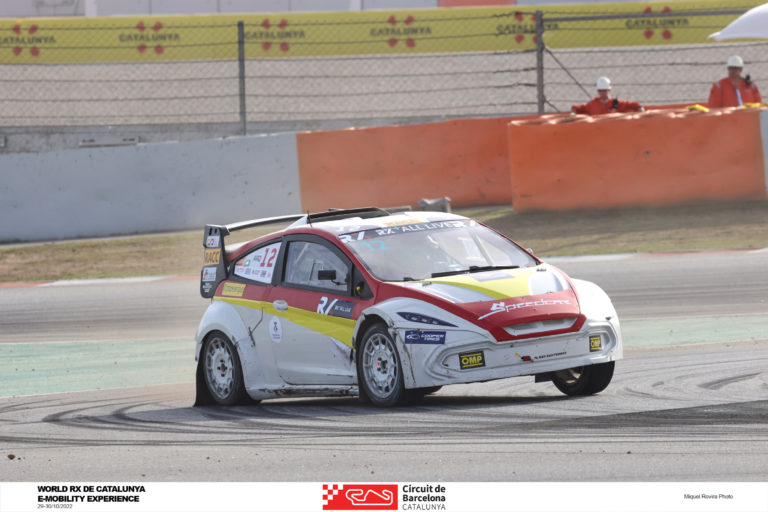 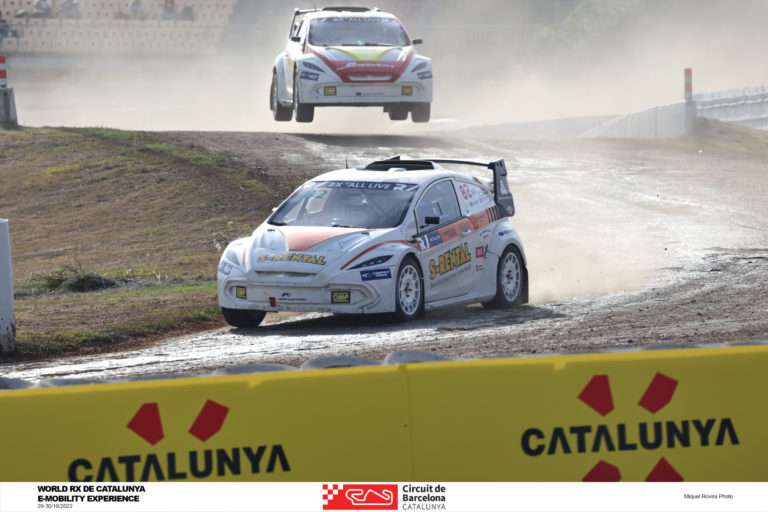 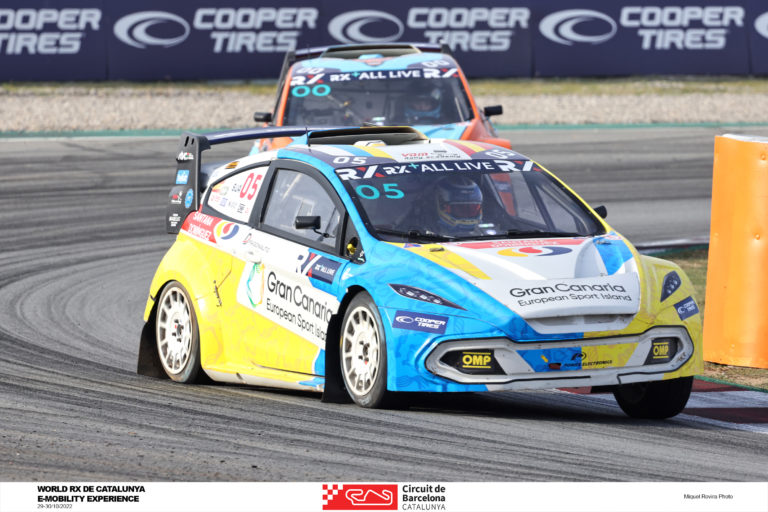 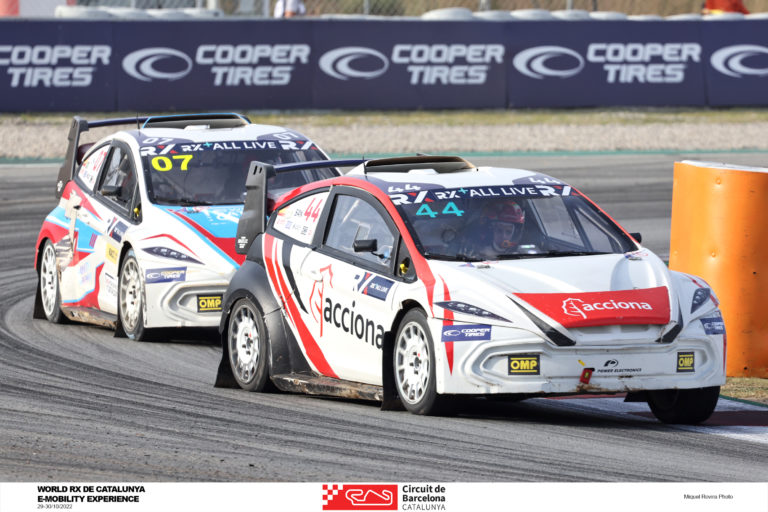 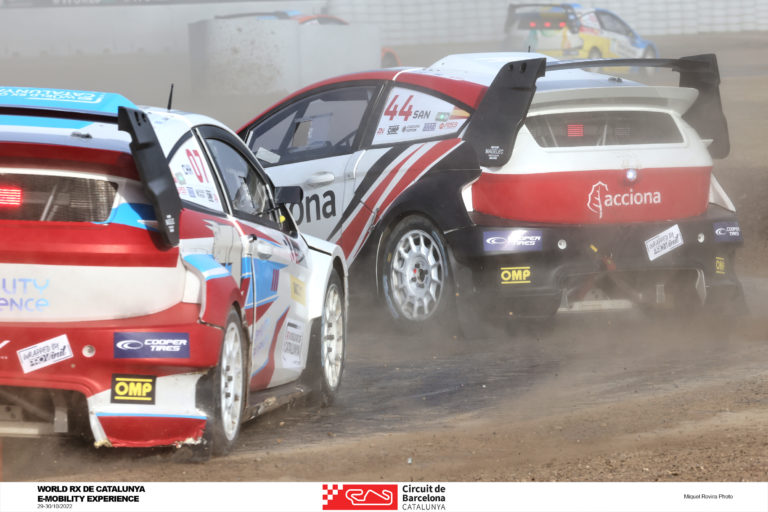 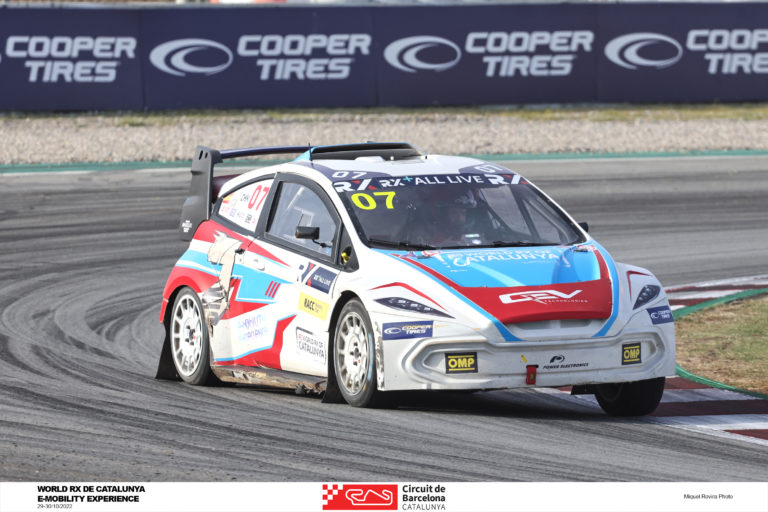 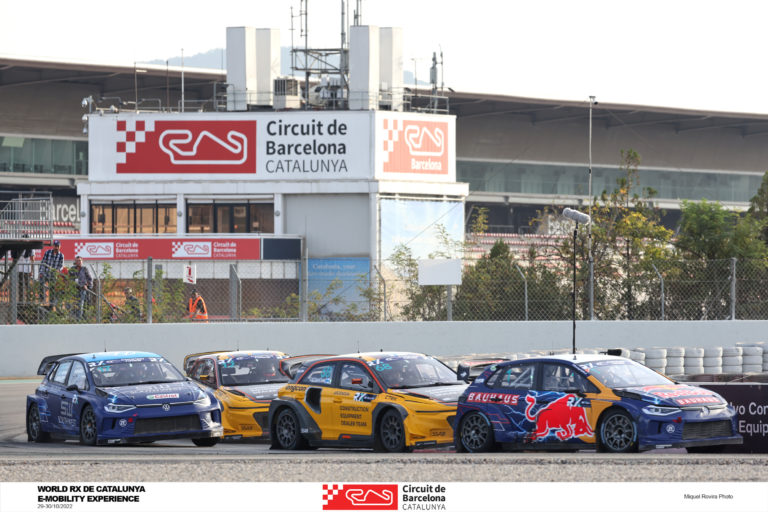 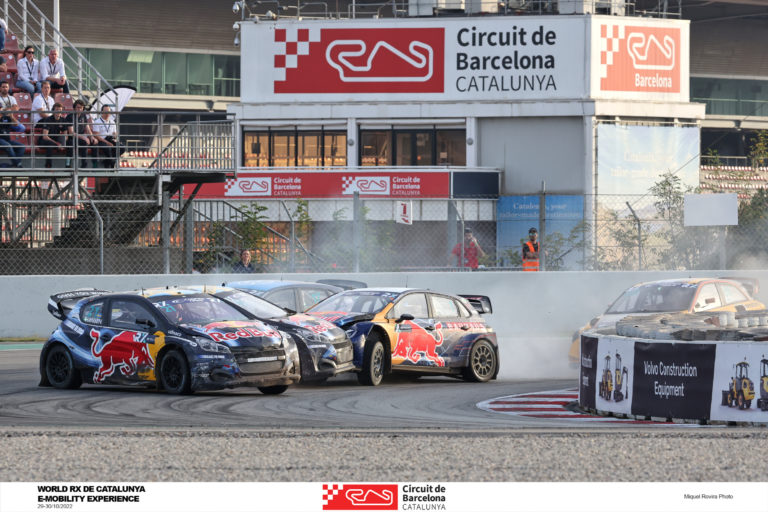 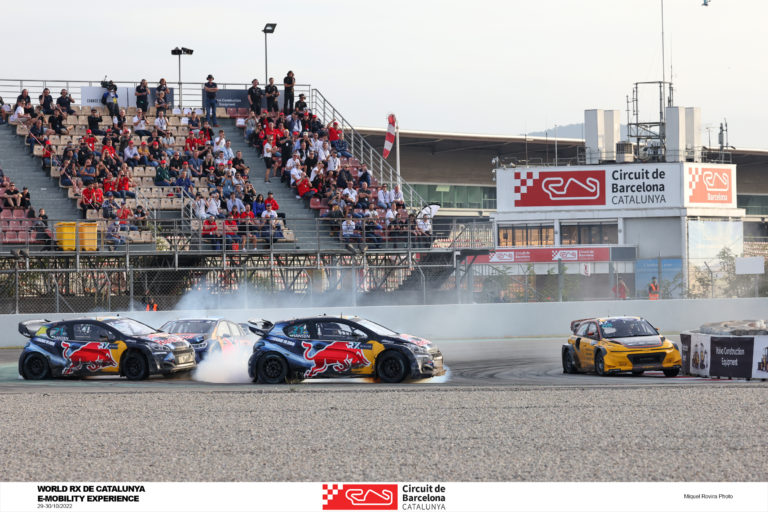 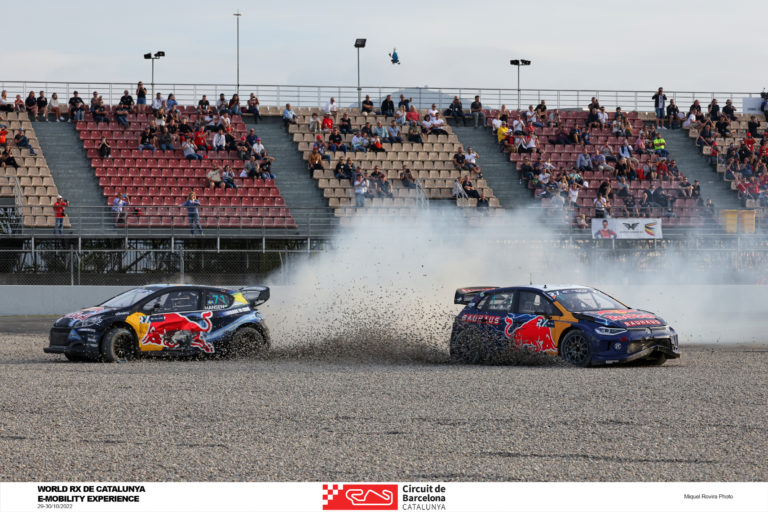 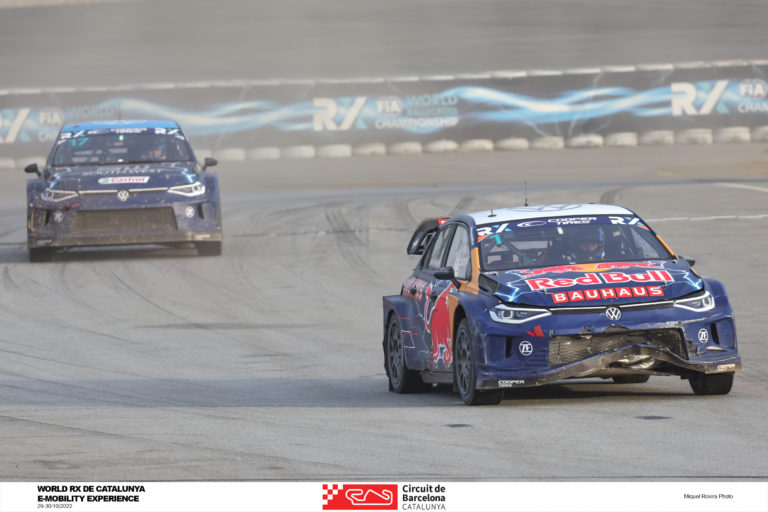 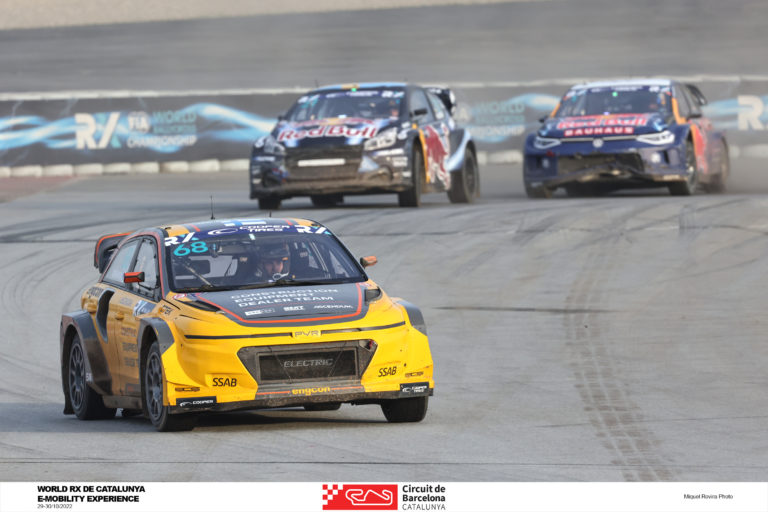 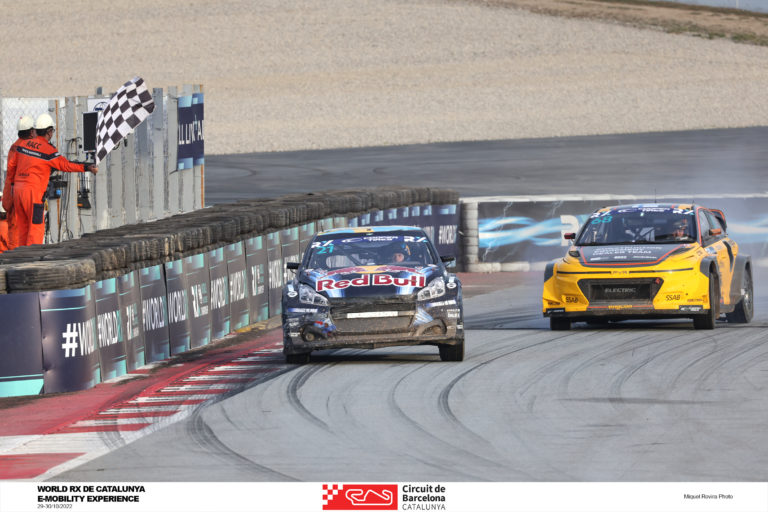 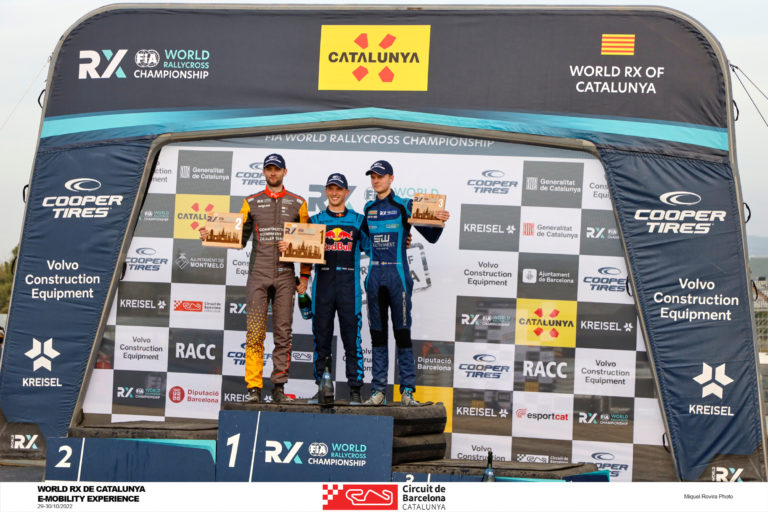