Nick Heidfeld and Carlos Checa prepare to tackle the dual-surface discipline for the first time in the FIA RX2e Championship.

The Circuit de Barcelona-Catalunya is no stranger to welcoming Formula 1 and MotoGP stars, having hosted no fewer than 32 four-wheeled and 31 two-wheeled grands prix since 1991. This weekend (29-30 October), two of those top flight heroes will return to make their rallycross debuts, as Nick Heidfeld and Carlos Checa prepare to tackle the dual-surface discipline for the first time in the FIA RX2e Championship.

After being crowned International Formula 3000 Champion in 1999, Heidfeld went on to claim 13 podium finishes in F1 between 2000 and 2011, competing for teams including BMW, Williams and Renault and placing a career-high fifth in the World Championship standings in 2007.

Affectionately dubbed ‘Quick Nick’, the German subsequently showcased his versatility too by establishing himself as a front-runner in both Formula E – reaching the rostrum on eight occasions over the course of four full campaigns in the all-electric series – and the FIA World Endurance Championship, triumphing in the LMP1-L class at the legendary Le Mans 24 Hours in 2014 with Rebellion Racing.

From four starts in the American Le Mans Series in 2013, Heidfeld was never off the podium – taking victory at Petit Le Mans – while he has also participated in the Nürburgring 24 Hours and held the record for the fastest time up the iconic Goodwood hillclimb for 20 years behind the wheel of a McLaren MP4/13 F1 car. Now, more than four years on from his last competitive appearance, the Mönchengladbach native is preparing to don his helmet and racing overalls again to do battle in RX2e.

“I’m feeling very excited!” he enthused. “I love driving and have enjoyed trying out a lot of different categories and cars, but rallycross is something completely different. It includes jumps, driving on different surfaces, drifting, close racing – and maybe even a bit of leaning and bouncing off each other…

“The idea and opportunity came up at the very last moment, and having never done a single lap in a rallycross car, I’m going to be pretty unprepared but I love challenges. Already knowing QEV [via his stint with Mahindra Racing in Formula E] also made my decision to jump into this at such short notice immeasurably easier.

“I’m really looking forward to all the aspects that will be new to me and will go into the weekend in a very open frame of mind. My first target is to have fun. Of course, it’s always more fun when you come away with a good result, but I’m well aware I’m far from a rallycross expert and I haven’t raced in a really long time. Maybe this will bring me back into racing in the future. Let’s see…”

Checa similarly boats a stellar career record, although unlike Heidfeld, the vast majority of his success has been achieved on two wheels rather than four. Hailing from Barcelona, the Spaniard has fond memories of the Circuit de Barcelona-Catalunya, having sped to his maiden victory there in MotoGP’s forerunner 500cc in 1996, with a dominant performance that resulted in Honda’s 100th grand prix success in the premier class.

In total, Checa spent more than a decade racing in motorcycling’s top flight, prevailing again in Madrid in 1998 and tallying 22 further podium finishes. He went on to win the Suzuka 8 Hours endurance classic in 2008 alongside multiple British Superbike Champion Ryuichi Kiyonari, and lifted the World Superbike Championship laurels with Ducati three years later.

“I’ve been following rallycross,” he explained, “and having attended the World RX event in Catalunya twice as a spectator, I was impressed by what I saw – so to get the opportunity to actually compete in it myself is really exciting.

“I’ve already tested the RX2e car at Calafat, but to race it will be something else again. The Circuit de Barcelona-Catalunya for me is a very emotional place. It’s where I started my first race in the World Championship in 125cc in 1993 and where I won my first race in 500cc. To now come back here and participate in this amazing championship is very special, and I feel very motivated for the weekend ahead.”

Checa will join compatriot Laia Sanz at midday tomorrow (Wednesday, 26 October) for an ‘exhibition’ run with the RX2e car at Moll de la Barceloneta in Port Vell, with the pair to be accompanied by former FIA World Touring Car Championship race-winner Jordi Gené in a Cupra UrbanRebel, as a warm-up event for the history-making, all-electric World RX of Catalunya (29-30 October). Entry to the Barcelona waterfront activity is free of charge. 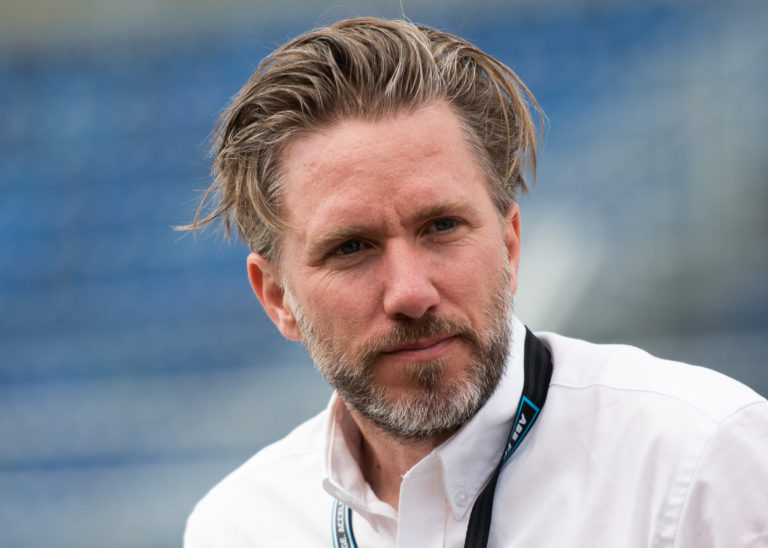 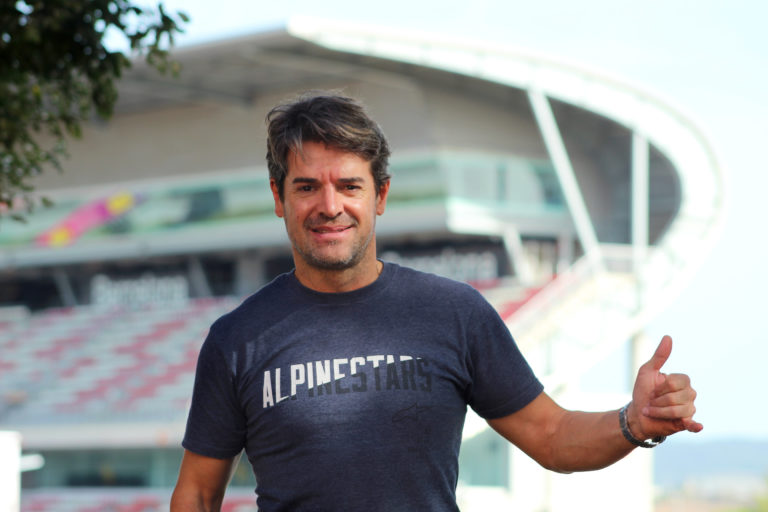