Travel to the Circuit in the most sustainable way
Menu

Travel to the Circuit in the most sustainable way

There are several comfortable options to get to the Circuit: by train or by bus.

Circuit de Barcelona-Catalunya is calling on all fans to travel to the circuit in the most sustainable way. There are several comfortable options to get to the Circuit by train, with special programming offered by Renfe for the weekend, or by bus, with the special service offered by Sagalés from the Barcelona city centre.

The special schedule set-up by Renfe for the weekend will offer a total of 22,000 additional seats including 16 special trains, 3 on Saturday and 13 on Sunday, of line R2 Cercanías de Catalunya (Castelldefels-Granollers Centre).

In order to make mobility easier for fans, Renfe will be increasing the usual train offer on Sunday, 16 June, between 07:30 and 12:00 to get to the Circuit and from 15:20h to return from Montmeló. The special schedule provides for an average frequency of 15 minutes in each direction on the Montmeló – Barcelona route during the expected rush hours.

The increase of services planned for the Gran Premi de Catalunya will complete the usual offer of the Commuter Trains (Cercanías de Catalunya) in Montmeló on weekends, which consists of 74 daily trains, 37 in each direction, making-up a total of 81,400 seats per day.

Moreover, RENFE has programmed the ticket vending machines so that the first ticket to appear on the screen will be the return ticket to Montmeló.

Last year, more than 30,000 people used the Cercanías commuter trains to attend the event on the three days.

Further information is available at the train stations, calling +34 900 410 041, using the App Rodalies and on the Internet at http://www.rodaliesdecatalunya.cat and www.renfe.com.

From Barcelona to the Circuit’s East Area with Sagalés

The bus company Sagalés offers a special service on the occasion of the Gran Premi Monster Energy de Catalunya de MotoGP™. From Friday to Sunday, fans will be able to depart from the Barcelona city centre and arrive at the East Area of the Circuit and back. The busses depart from the Estación de Autobuses del Norte bus station in Barcelona (C/Ali Bei, 80), platforms 25, 26 and 27. It is located next to Arco de Triunfo, so that there is a connection with the underground and the RENFE commuter train service. The price of the return ticket is 15 euros and it can be purchased in advance at www.sagales.es or calling + 34 902 130 014. The approximate trip duration is 45 minutes.

Moreover, Sagalés is joining the commitment to sustainability of Circuit de Barcelona-Catalunya since it ISO 14001 certification many years ago, and 40% of the service will be made using sustainable busses. The route to and from Barcelona will be made with Euro6 and Euro5 busses, which are much less polluting, while the transfers from the Montmeló station to the Circuit will be made with hybrid busses.

All those fans preferring to come out to Circuit de Barcelona-Catalunya on their private vehicle should optimise the use of their seats. On Grand-Prix-Sunday motorbikes will have free toll on the C33 road from 6 to 14h heading to Girona and from 14 to 20h heading to Barcelona. 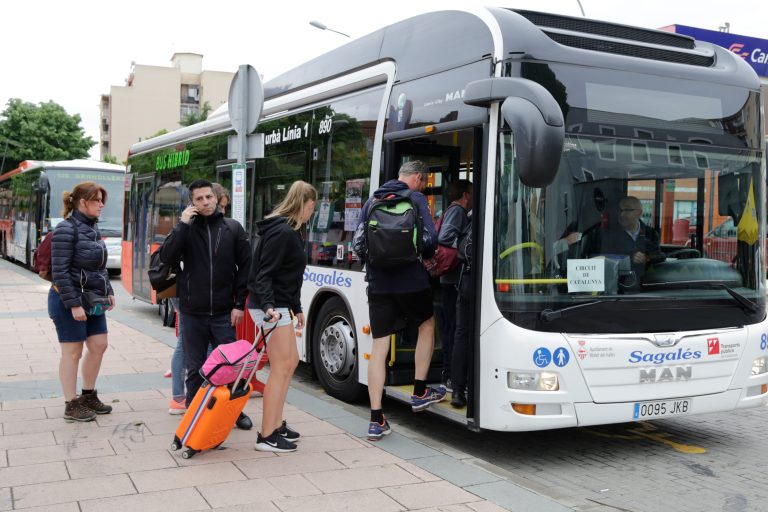 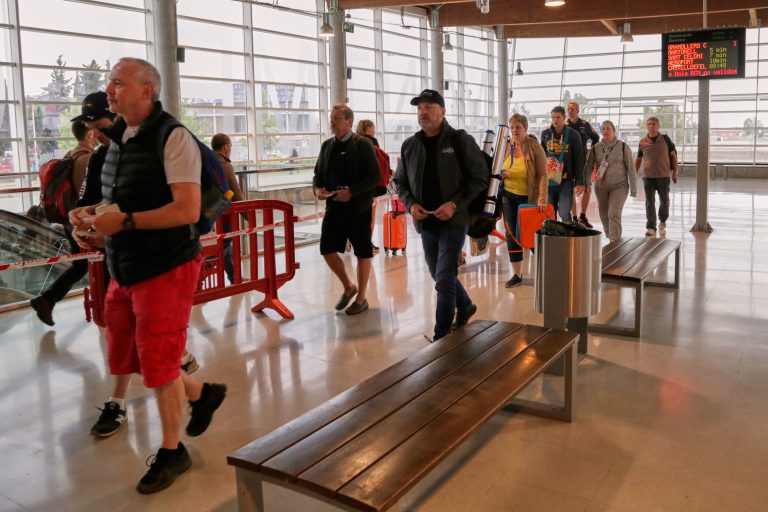