The Village Barcelona&Circuit dresses up in MotoGP gear
Menu

The Village Barcelona&Circuit dresses up in MotoGP gear

The city of Barcelona is now getting ready to welcome the Gran Premi Monster Energy de Catalunya de MotoGP™. Port Vell is already displaying a unique setting for the occasion, which can be visited from Friday 27 May to Wednesday 1 June.

Continuing its role as a Grand Prix city, Barcelona is now preparing to host the Gran Premi Monster Energy de Catalunya de MotoGP™, which will take place at Circuit de Barcelona-Catalunya from 3 to 5 June. To bring this world closer to the fans and immerse them in the MotoGP™ universe, the Village Barcelona&Circuit will be dressed up for the occasion, thus creating a unique atmosphere.

This themed area, as was the case with the F1 Spanish Grand Prix, will be located in the Port Vell and will be open to visitors from Friday 27 May until Wednesday 1 June. The Village Barcelona&Circuit will host multiple proposals that link the city of Barcelona with motor racing and the MotoGP World Championship, with free access for all those who wish to visit it, whether with friends, family or alone.

Visitors will be able to find as a main attraction up to 5 Repsol Honda units on display. These are the Honda NSR 500 ridden by Mick Doohan in 1997, Nicky Hayden’s Honda RC211V, the 2008 Honda 40th Anniversary, Dani Pedrosa’s Honda RC212V and Marc Márquez’s Honda RC213V. The BMW M8 Gran Coupé, the MotoGP™ Safety Car, will also be on display.  Visitors will also be able to see the legendary World Championship trophy, known as the ‘Tower of Champions’. This tower is built year by year with a new plaque indicating the name of the winner of each season.

The Village Barcelona&Circuit Village will once again feature a recreation of a pit box with tyre changing exhibitions by Monlau Competición. For racing enthusiasts, there is also a slot car track. The little ones will find their place and will be able to enjoy multiple Repsol ride-ons on a circuit designed for them. To immortalise the moment there will be a podium with a photocall.

Circuit de Barcelona-Catalunya will also exhibit a photographic journey through its three decades of history, as well as some of its most important trophies. There will also be a sustainability point with the aim of raising awareness on environmental care and from where the sustainable actions carried out by the Circuit will be disseminated. Fans will be able to buy tickets at a point of sale set up in the Village, as well as unique MotoGP™ and Circuit merchandising items.

On Monday 30th May, the programme Matina Codina of RAC105 will also take place from the Village Barcelona&Circuit, with Ernest Codina live until 11 a.m.

The opening hours of the Village Barcelona&Circuit will be from 12 noon to 9.00 p.m. every day, except for Saturdays and Sundays, when it will open one hour earlier, at 11.00 a.m.

This Village is part of a shared strategy of the Barcelona City Council and the Generalitat de Catalunya to make the MotoGP™ Grand Prix be experienced by the whole city, so that the city is impregnated and lives the big events, as it has already been done with the Mobile World Congress or the ISE. This initiative will also be accompanied by a communication campaign at the Barcelona Airport to welcome those attending the Grand Prix. 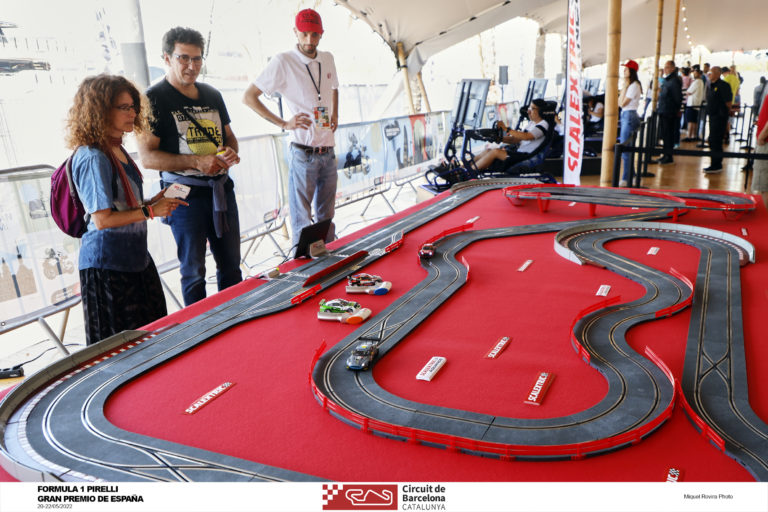 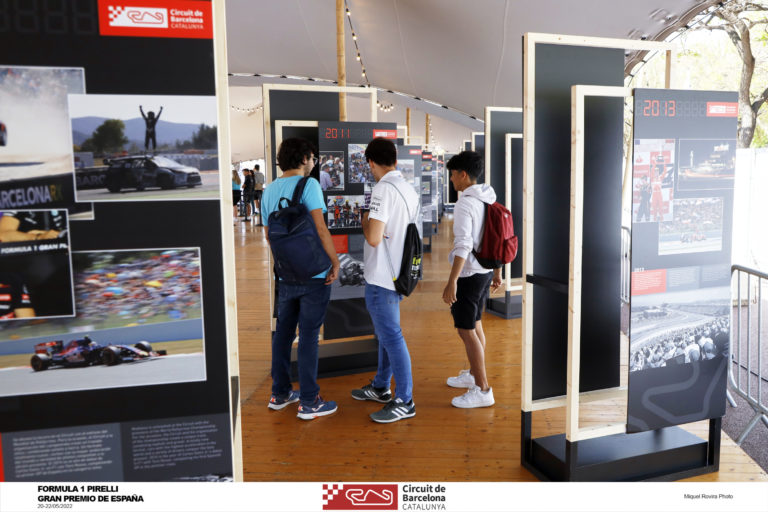 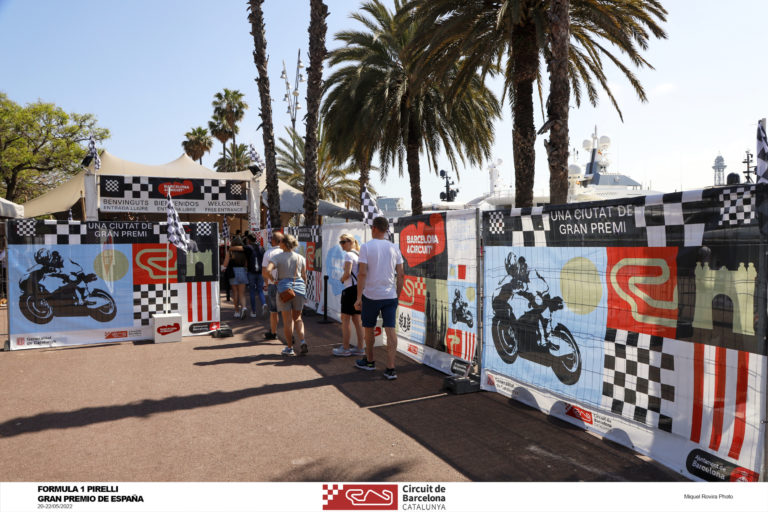