Riders from the MotoGP™, Moto2™, Moto3™ and MotoE™ World Championships and the World Superbike Championship lapped today on the Catalan racetrack after the changes made on Turn 10, getting the first feeling, which were very positive.

Circuit de Barcelona-Catalunya welcomed today a large group of top level riders, who were in charge of lapping on the new configuration of the layout after the changes made on Turn 10.

During four hours of activity on the asphalt, this large and diverse selection of talents from the best world championships were able to get the first feelings before the start of the 2021 season, a year in which all of them will be coming to Circuit de Barcelona-Catalunya with their respective events. The riders did not use their racing machines, but replicas that are regular road bikes.

All in all, the feelings have been very positive. The main players wanted to share their impressions, and all of them agreed in their arguments. The riders consider that the new configuration is safer, faster and brings back the former spirit, those of the original track.

“Very happy to be back at the Circuit, it’s our home track. Above all, I want to congratulate the Circuit for the new turn, it’s an immense improvement. The former angle was more complicated for motorcycles and now it is back as it was, but safer”, said Aleix Espargaró after the test session. His brother, Pol Espargaró, had similar words. “More safety; and this year, we will all enjoy; hopefully with spectators, we need people to support us. We will enjoy a lot with this new turn, which we really like”.

The motorcycles had the chance to look for new lines for the scoring rounds, something that provides a lot of ease of mind to the riders, such as the reigning Champion, Joan Mir, who widely approved the track changes as well. “I liked the new turn a lot, it is safer and you can feel that the track has a better flow. It was very important to come out and test the changes. Now we have the lines for MotoGP”, he explained.

Jack Miller agreed with Mir in terms of track flow and states that now “you can slide the bike; it is more enjoyable. The combination of it all is perfect”. The Australian rider was excited about lapping at the Circuit today. “It’s been fantastic to be back in Barcelona and test the new turn. We’re back to how it was before, and that’s great”.

The same euphoric mood was shown by Albert Arenas, who spent “an excellent motorcycling day here, in Montmeló, we enjoyed our home racetrack and the new turn. To be sincere, it is much safer and I have adapted well. It is a long left-hander and you skid through it, very amusing. I cannot expect more for the home Grand Prix”.

Facing the challenge of competing in the World Superbike Championship, Tito Rabat has been very clear with his conclusion on Turn 10. “The new Turn is a mixture between the slow turn and the previous turn. I think it’s quite good because it is not so sharp. The run-off area is larger, it has grip and it is enjoyable, it helps you to search for the limit. It’s been a good decision”, the Catalan rider declared.

Ana Carrasco, who missed the first edition of the Catalunya WorldSBK Round last September due to an injury, put herself to the test today, with very positive results. “I liked the new turn a lot. Now it looks a lot more like the former one. The cornering speed is much higher, and the racetrack in general has improved a lot with the change”, she said.

In memory of Gresini

Everyone present at Circuit de Barcelona-Catalunya today wished to remember and pay their own private tribute to Fausto Gresini, two-times 125cc World Champion and team manager, who was not able to overcome the complications from COVID-19. After the activity on the track a minute of silence was observed in his tribute.

After this very intense morning test session, the Circuit does not yet say goodbye to motorcycling. Another test session will be held tomorrow, this time with a large representation of riders who entered the FIM CEV Repsol series, a championship that will be visiting the Circuit with the third round of the season, next June. 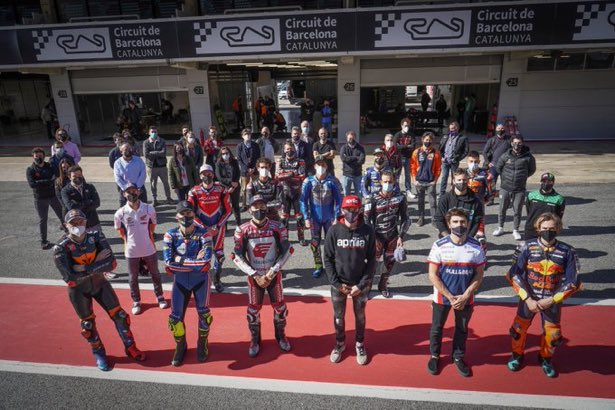 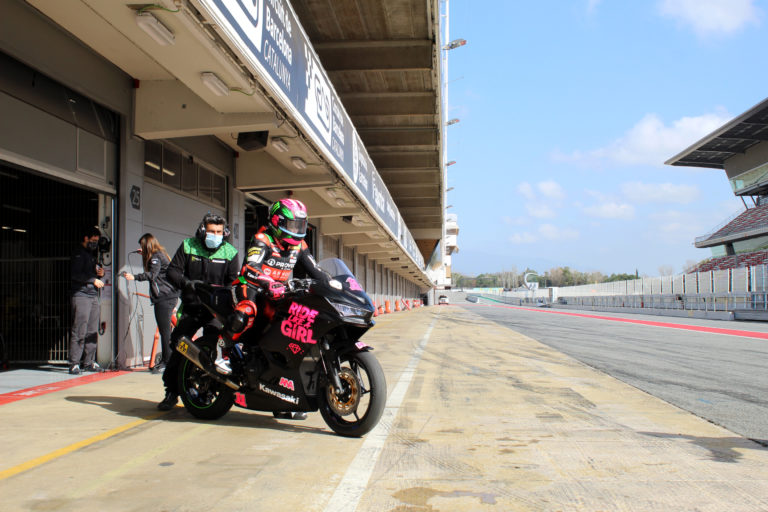 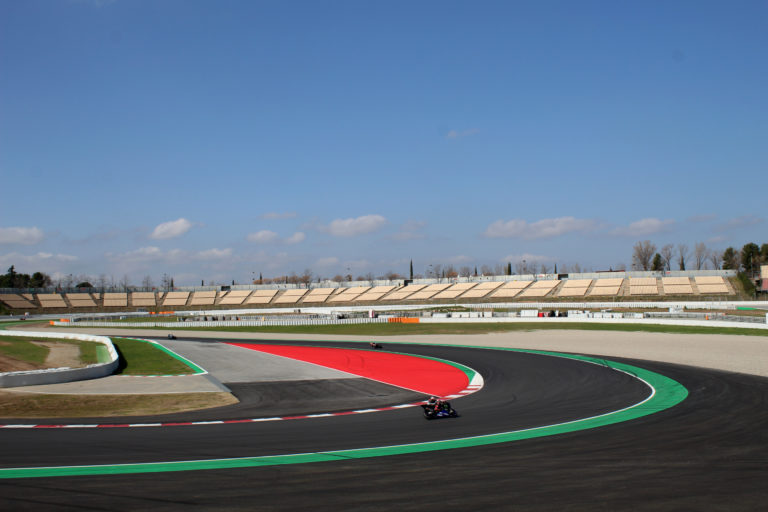 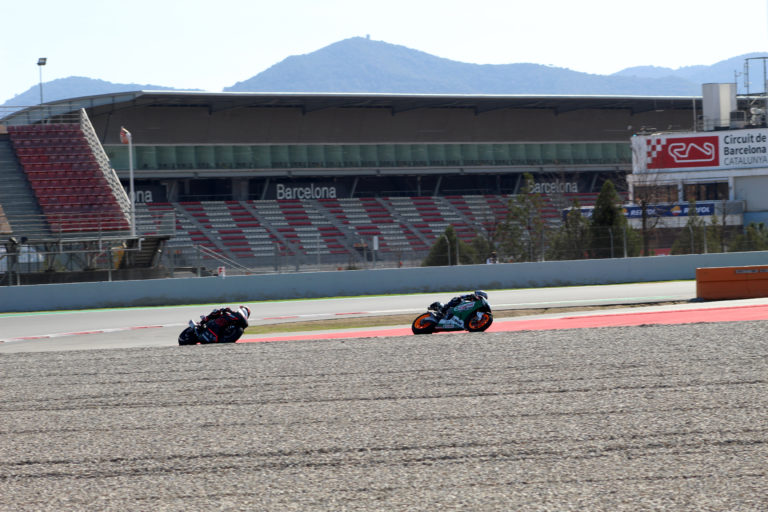