MotoGP riders, ready to race in front of fans
Menu

Some of the stars of the weekend mentioned it during today’s press conference. This first media event has marked the start of the Gran Premi Monster Energy de Catalunya de MotoGP.

Circuit de Barcelona-Catalunya has had the honour of inaugurating today another Motorcycling Grand Prix, the Gran Premio Monster Energy de Catalunya de MotoGP™ 2021. Although there has been no activity on the track, the sporting event has kicked off its seventh stop on the world tour with a press conference that brought together a diversity of premier-class riders, as well as another press conference with riders from MotoE™.

Undoubtedly, the most talked about news of the day has been the large presence of the public, specifically, with 20% of the Circuit’s spectator capacity, dividing the facilities into 8 different sectors with a maximum of 3,000 people in each of them. This is an important change for the riders, who were immersed in a new reality since the pandemic broke out. The grandstands will no longer be empty and, with several local representatives, the Gran Premi Monster Energy de Catalunya will be very special for all of them, as well as for the rest of the participants.

“It’s nice that the first time that so many fans can come out is here” said Marc Márquez. He continued “the public has no influence on the riding, but it does affect the emotions, the feelings and the celebrations; I am very happy to have them at the home Grand Prix”. The Spaniard also wanted to talk openly about his expectations and said “we continue with our improvement process, the process to find the confidence with the bike. We might not finish better than tenth, but it’s all about improving bit by bit. The Honda machine is still a bike to win races”.

Fabio Quartararo, leader of the MotoGP™ World Championship, unveiled the key to his current performance: “confidence. Last year it was difficult to feel fast, there was no confidence with the bike. I have had that feeling this year, at every race, although it is still difficult to stay among the leading group”. Quartararo, like Márquez, declared to feel very happy for the attendance of fans, and to feel their support in a racetrack that is like his second home.

Something similar happens to the Majorcan rider Joan Mir. “This is like my home Grand Prix and I’m arriving with an additional motivation after the result in Mugello”, he shared. The reigning world champion showed himself especially eager to ride in front of fans, and explained that “the best of MotoGP is the amount of fans that can come out to support you. Last year I won a Championship without spectators, and this is something I miss a lot, especially during the podium ceremony”.

Current runner-up in the championship, Johann Zarco, also appeared on stage and made reference to another of the novelties of the week, his contract renewal with the Pramac Racing team.  “Arriving in Catalonia with the announcement of my renewal helps me to focus. Moreover, I’m arriving with the confidence of the last Grand Prix, so it can be a great weekend”, he predicted. Remy Garder, Moto2™ rider, also appeared before the media to talk about his switch to MotoGP next year with KTM.

The presence of Zarco’s team-mate, Jorge Martín, was also long awaited, as he reappeared after his injury. “It’s been a hard month for me, the recovery has implied hard word. This makes me face the race with no other objective but feeling comfortable and improve. My moment to win races hasn’t come yet”, the Madrid-born rider said. Miguel Oliveira completed the cast of the press conference and stated that he hopes “that this Grand Prix will be the confirmation that we are moving in the right direction”.

Among the chosen MotoE™ riders, there was a local representative, Jordi Torres, who confirmed what the fans were expecting: “I have to be strong here and play a good role”. He also declared that “it’s a pleasure to come home and see people again after such a long time, say hello and enjoy with them”.

The Circuit, through its Green Meeting Point platform, is promoting, for the ninth year in a row, the KISS Barcelona programme invoking the KISS (Keep It Shiny and Sustainable) programme by FIM Ride Green. This year, all efforts are focussed on the well-being of people, under the motto “2021, The Year of the People”. The aim is to make the return of the public to the Circuit, that will be opening its gates to thousands of people for the first time in a long time, as sustainable and responsible as possible.

Furthermore, the Circuit continues working on its 3C Management “Conscience, Commitment and Coherence”, with actions like the use of 100% renewable energy, the donation of food, the use of 0-km gastronomy products, the use of circular economy in waste management or the sustainable forest care in the surroundings of the Circuit.

Tickets to enjoy the Gran Premi Monster Energy de Catalunya de MotoGP™ are available at www.circuitcat.com. Fans are able to enjoy the thrill of the races live from 80 euros onwards. There are also discounts of up to 50% for Junior and Senior tickets. 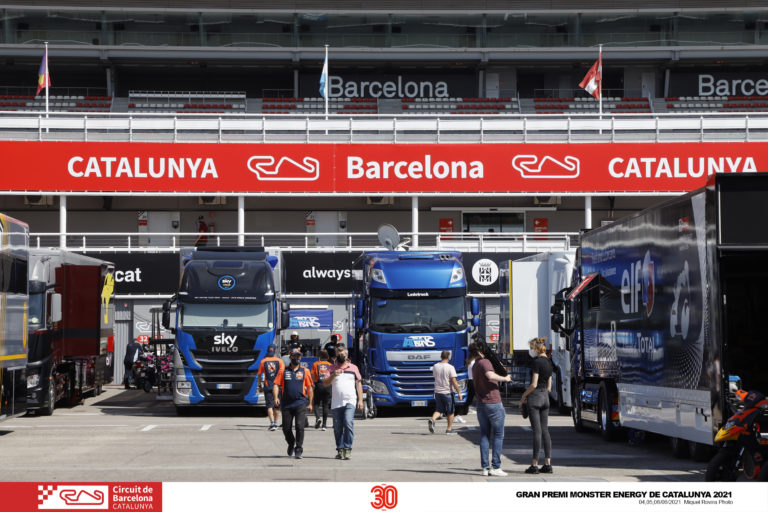 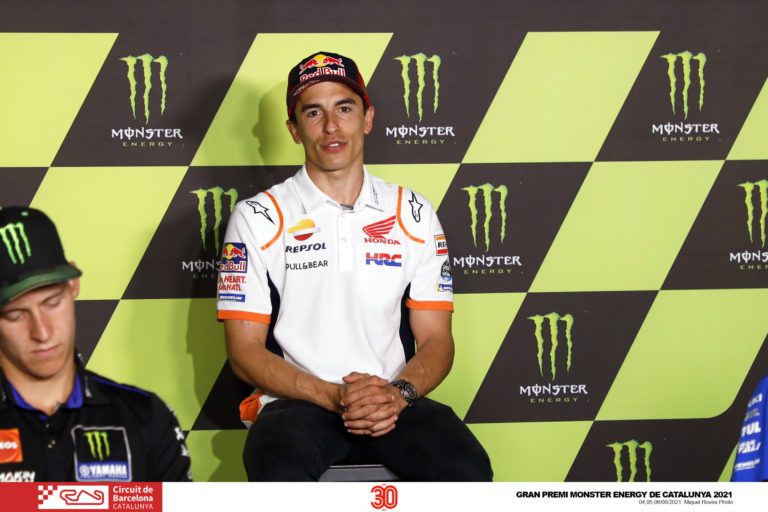 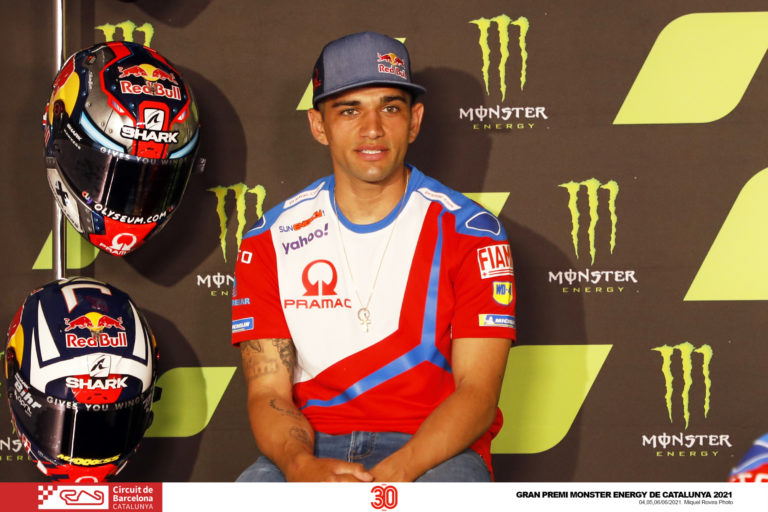 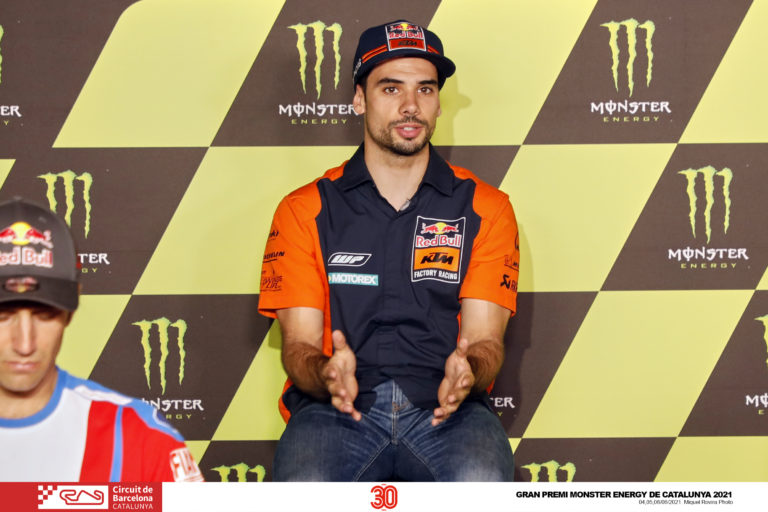 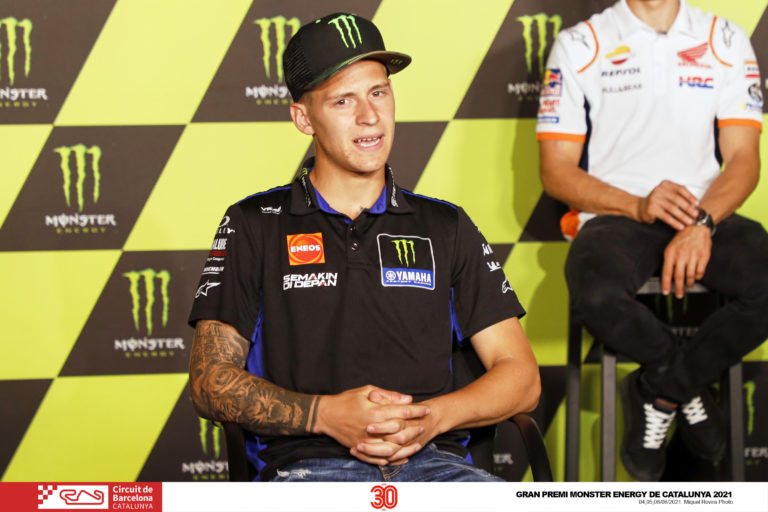 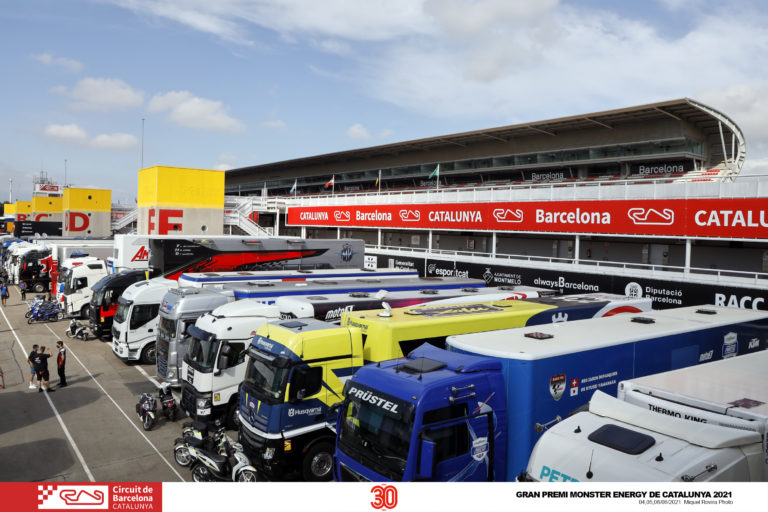