A 20.583-strong crowd enjoyed the first day of the Grand Prix at the Circuit de Barcelona-Catalunya, with a packed program inside and outside the track. It culminated with pit lane walkabout, which gave fans the opportunity to approach their heroes. This is just the prelude to a guaranteed fantastic atmosphere next Saturday and Sunday.

In sporting terms, the second MotoGP™ free practice was more productive than FP1 –raced in wet conditions after the early morning rain, with many riders staying in for most of the session.

One of highlights in the premier class was checking out the performance of the new Michelin tyres. In a first in the championship, all the tyres supplied by Michelin were asymmetrical. Márquez was the best at capitalizing on them in both practice sessions, as he managed a fastest 1m 44.478s time. Jorge Lorenzo (Ducati Team, +0. 0.222s) trailed him for second, and Jonas Folger (Montser Yamaha Tech 3, +0. 361s) wound up third. Andrea Dovizioso (Ducati Team), Danilo Petrucci (OCTO Pramac Racing), Johann Zarco (Montser Yamaha Tech 3), Dani Pedrosa (Repsol Honda Team) and Álvaro Bautista (Pull&Bear Aspar Team) filled the 4th to 8th spots in that order.

The Yamaha factory outfit suffered the most, especially Maverick Viñales (Movistar Yamaha MotoGP™), who pulled into the garage in desperation for lack of grip in his front tyre. The Catalan rider had to settle for 16th fastest. Team mate Valentino Rossi was also unable to draw positive conclusions from the new tyres and finished 9th fastest, 6 tenths of a second adrift of Márquez, and ahead of Héctor Barberá (Reale Avintia Racing), 10th.

Morbidelli has the upper hand in Moto2™ despite a crash

Moto2™ series leader Franco Morbidelli stamped his authority in the combined free practice timesheets. Although he crashed out of the session, the Team EG 0,0 Marc VDS Italian claimed a best of 1m 49.731s. Team mate Álex Márquez finished a strong second on 1m 50.047s, stating his firm intention to challenge for a home grand prix victory.

Morbidelli and Márquez were the only riders who managed to beat the two riders who topped the morning classification, Miguel Oliveira (Red Bull KTM Ajo) and Takaaki Nakagami (IDEMITSU Honda Team Asia). Simone Corsi (Speed Up Racing), second in the overall standings, completed the top 5 behind the two pairs.

In an evenly matched session, the top 10 riders in the combined timesheets were all within one second. Local rider Jorge Navarro (Federal Oil Gresini Moto2) finished 7th after having headed the FP2 timesheets for a good while, and Áxel Pons (RW Racing GP) claimed a 12th fastest. Isaac Viñales (BE-A-VIP SAG Team) finished 15th, and Xavi Vierge (Tech 3 Racing) claimed 19th place after his accident in Mugello.

In a Honda sweep, Valencia rider Aron Canet (Estrella Galicia 0,0) secured the fastest FP2 time on 1m54.257s, in a remarkable comeback after an early morning crash. He came unscathed and moved on to finish a good day, ahead of Italian Romano Fenati (Marinelli Rivacold Snipers, + 0.287s), and Joan Mir (Leopard Racing, +0.351s).

Moisture marked the morning practice, featuring bikes shod on grooved tyres and some outstanding performances such as Marco Bezzecchi’s (CIP), who shot into a surprise best third for Mahindra in FP1.

The overall times were a copy of the second free practice timesheets, as FP2 was the only session run in dry conditions. Less than a second covered 13 riders in the fight, heralding a fascinating battle for pole position. The qualifying is scheduled for tomorrow, between 12.35 to 13.15 hours.

Once track activities are over on Saturday afternoon, the Circuit de Barcelona-Catalunya has organized the Moto Circuit Fest, which will take over the agenda in the new Concert Zone, accessible after 4pm with or without a grand prix ticket. Hotel Cochambre will be the band jumping on stage at 6.30pm for an exciting music performance. The crowds will also dance to the rhythm of batucadas earlier at 7.40 pm, take a refreshing leap into the foam party at 5pm, or dance to DJ music from 4 to 9.30 pm. A popular dinner is scheduled at 6.30 pm, with traditional Catalan sausages as the main protagonist.

Tickets for the Gran Premi Monster Energy de Catalunya de MotoGP™, are available at the Circuit website (www.circuitcat.com) or at the track’s box offices, opening tomorrow at 8 am. Doors will also open at 8 am. Free parking lots for cars and bikes will be open from 7 o’clock. 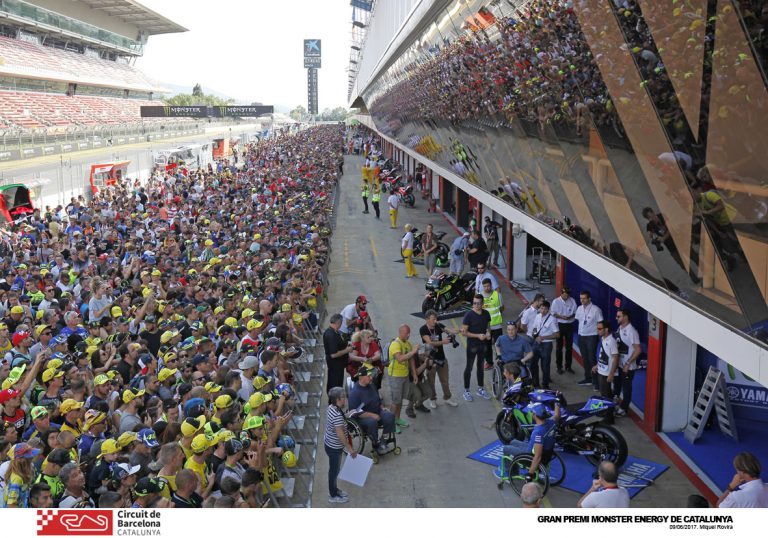 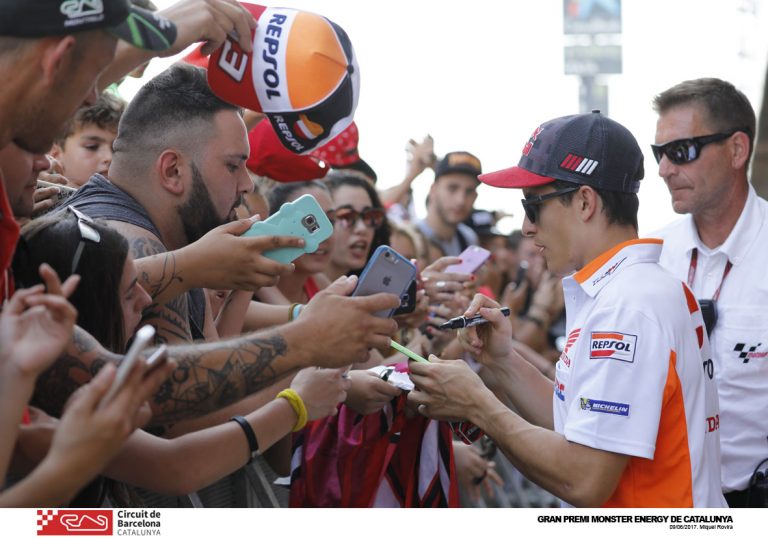 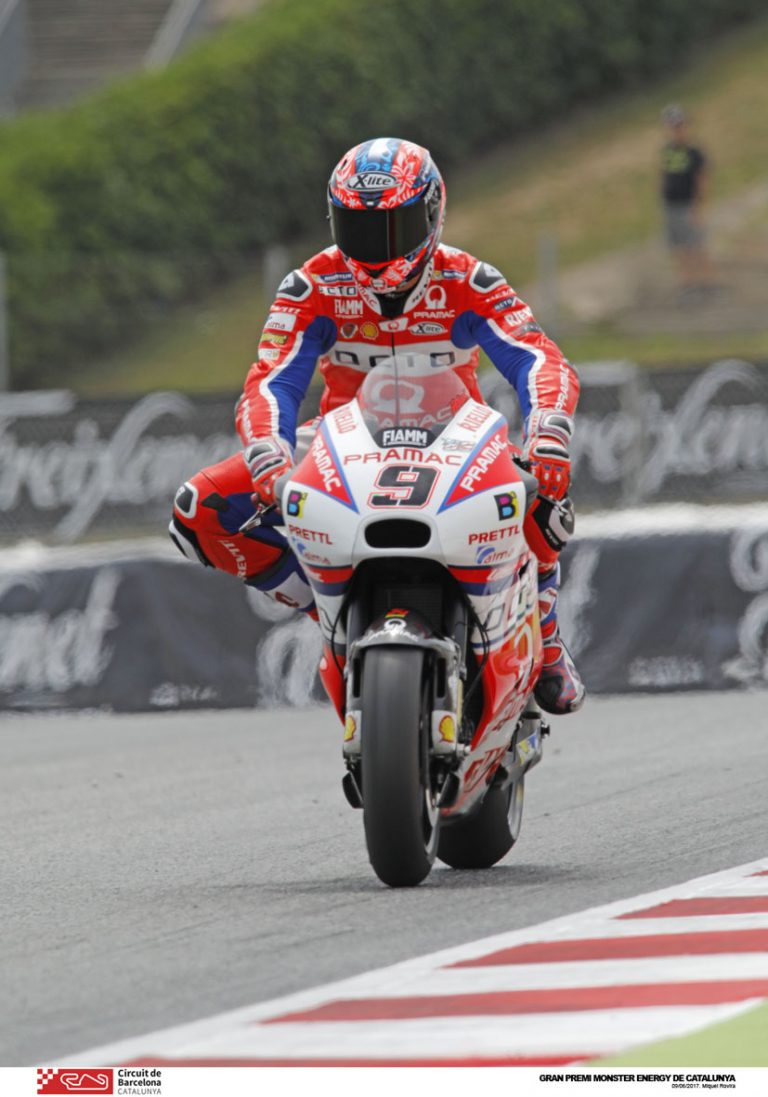 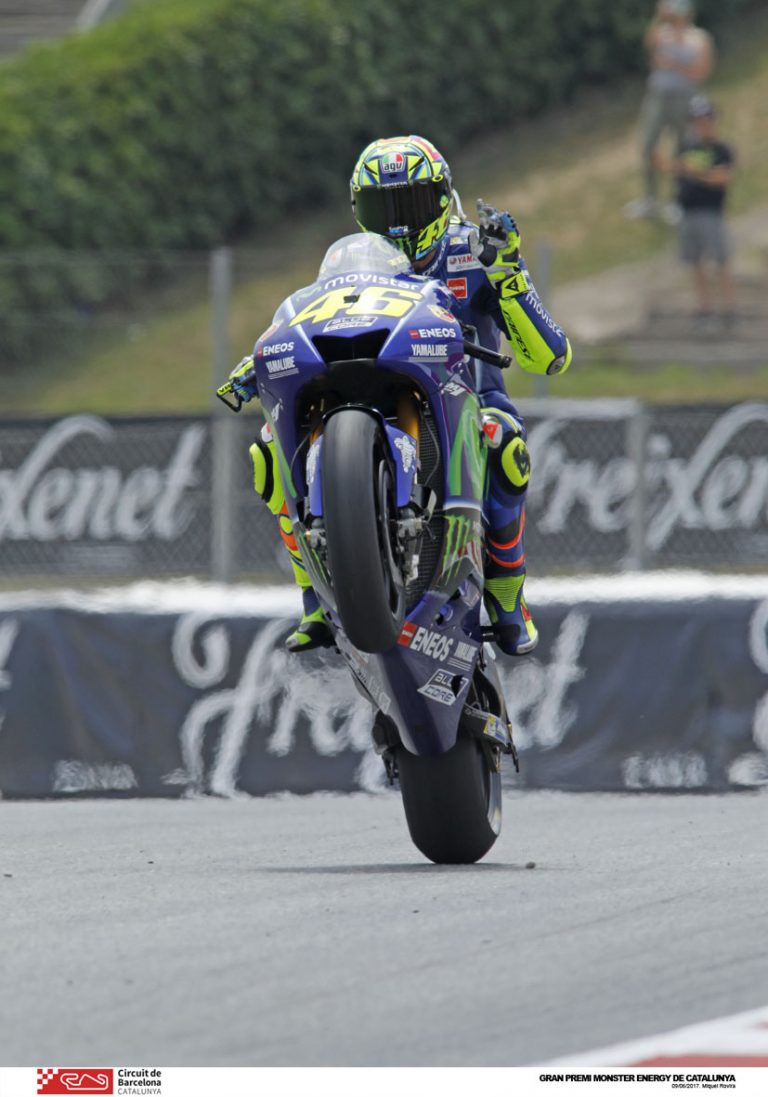 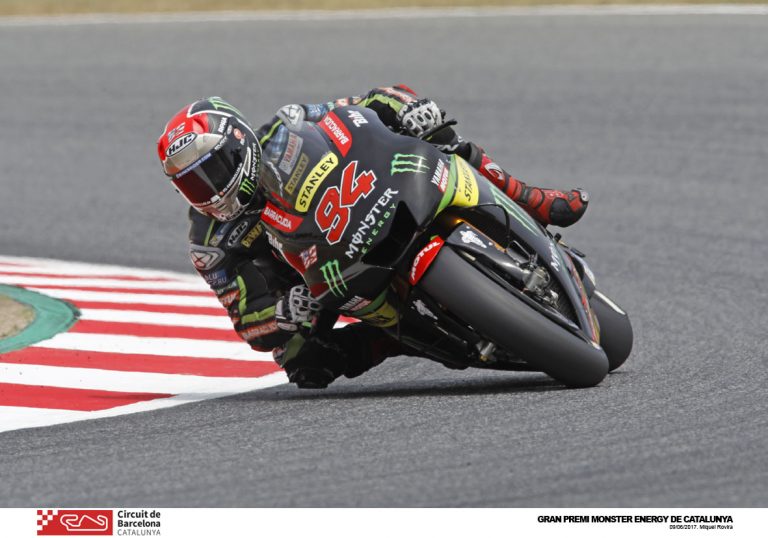 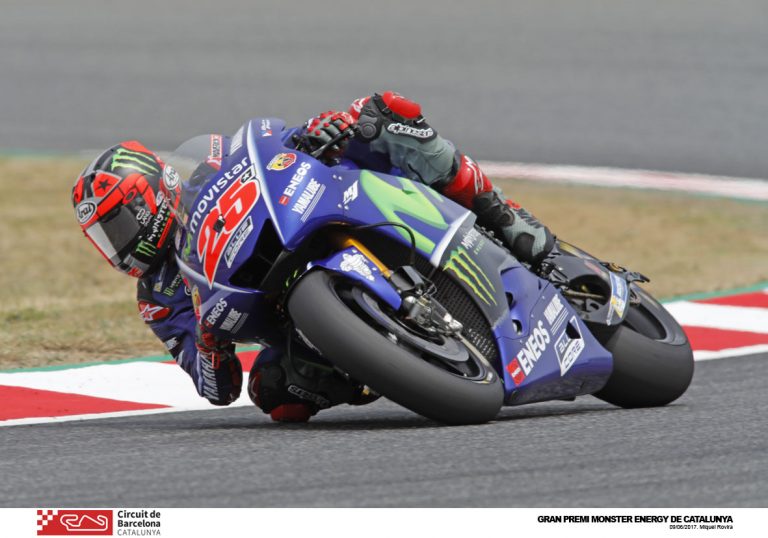 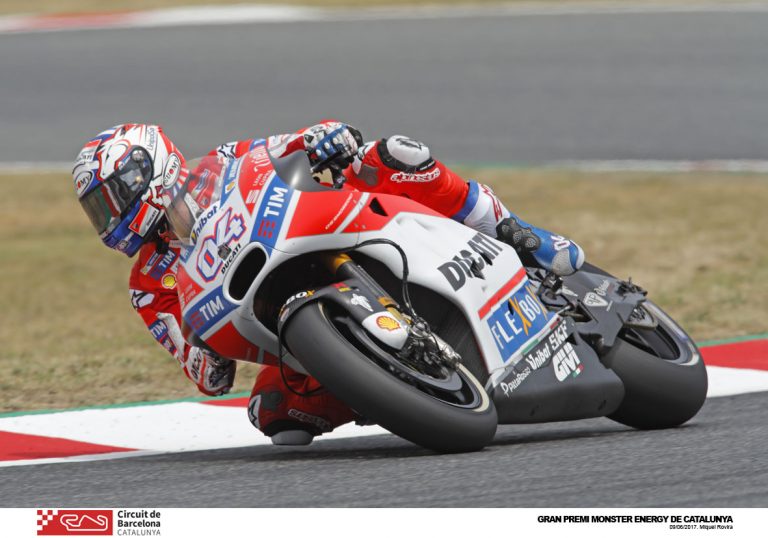 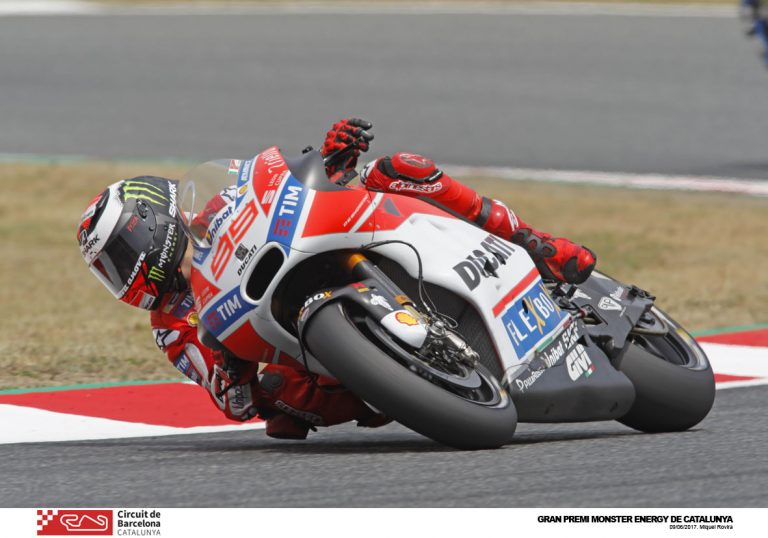 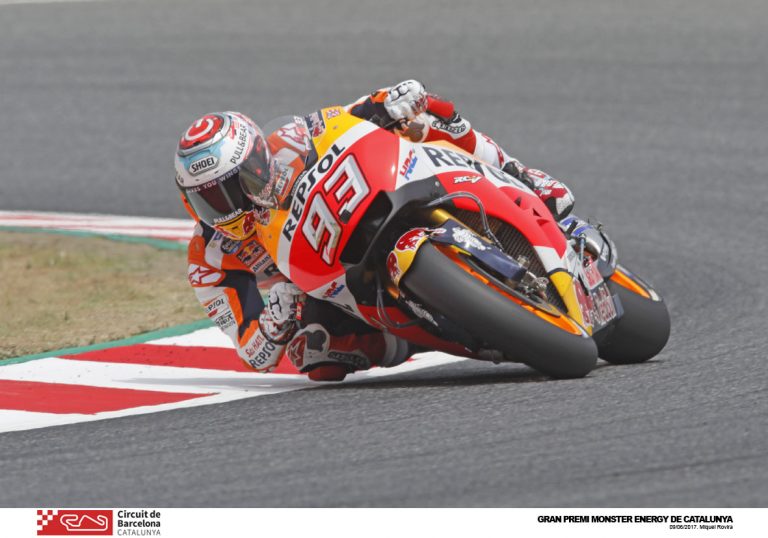 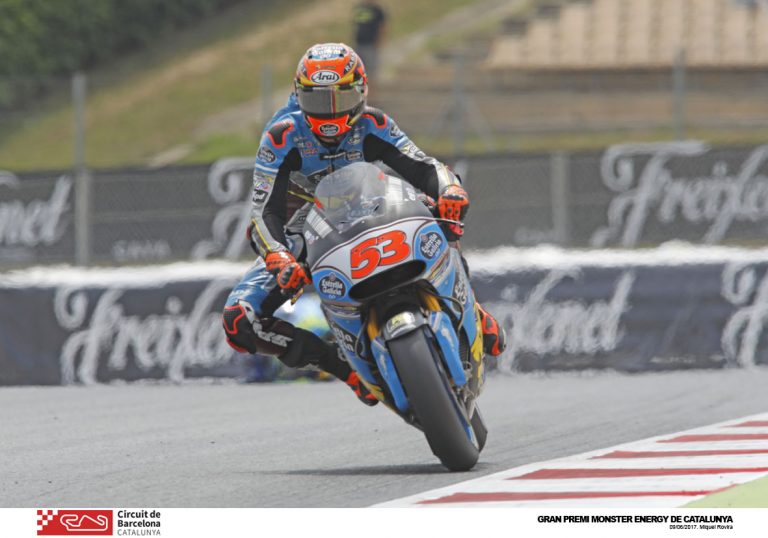 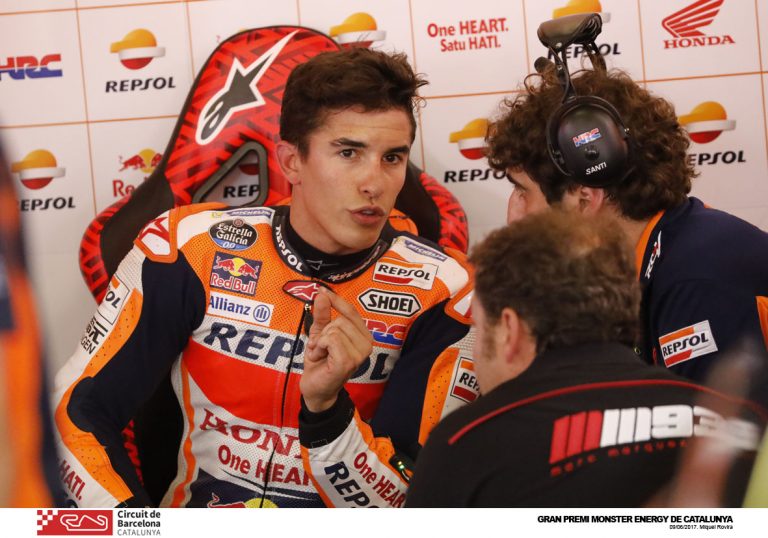 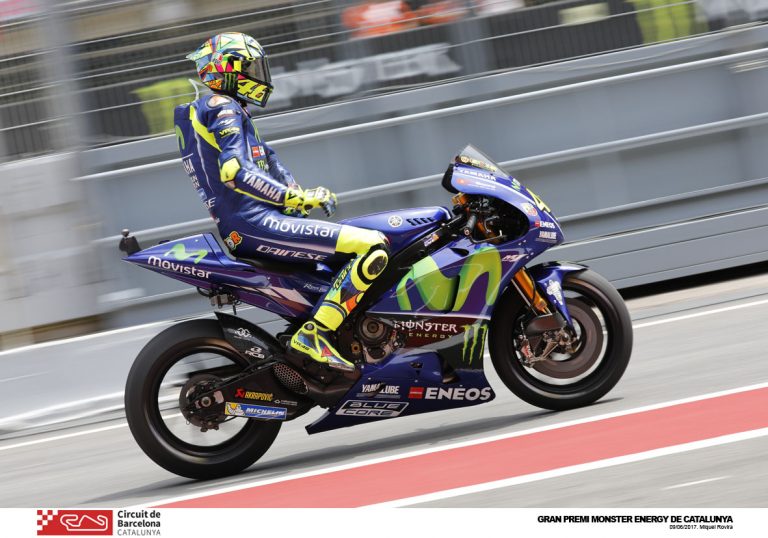 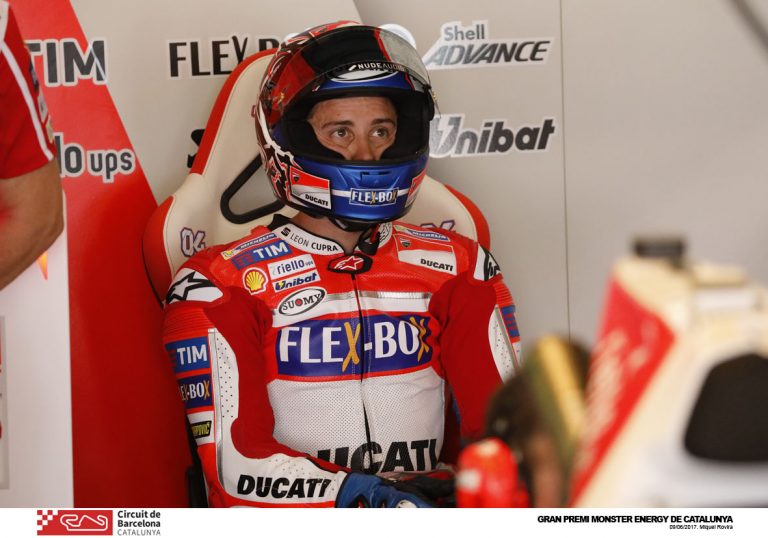 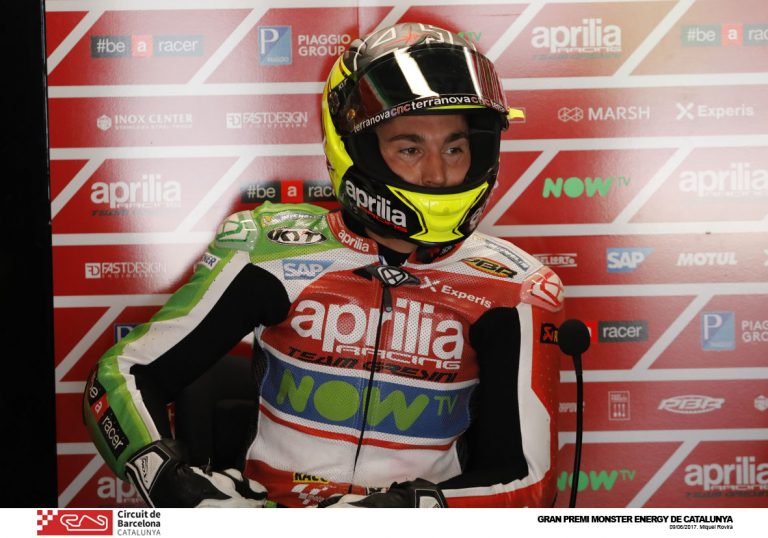 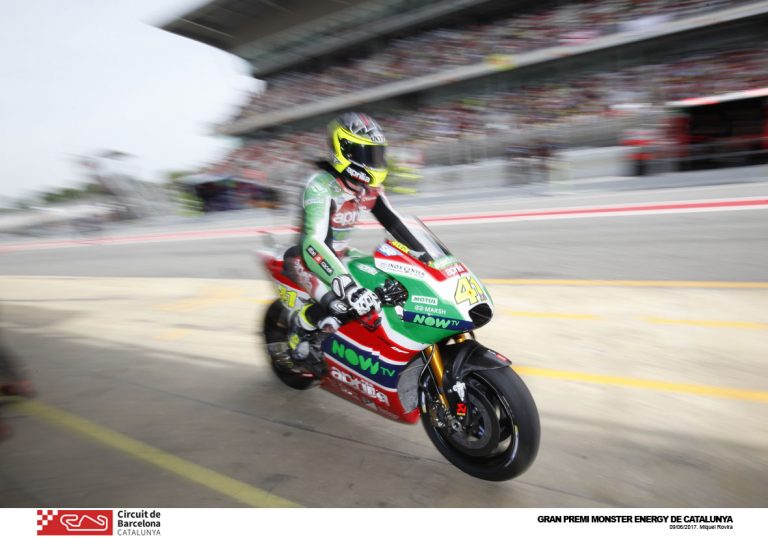 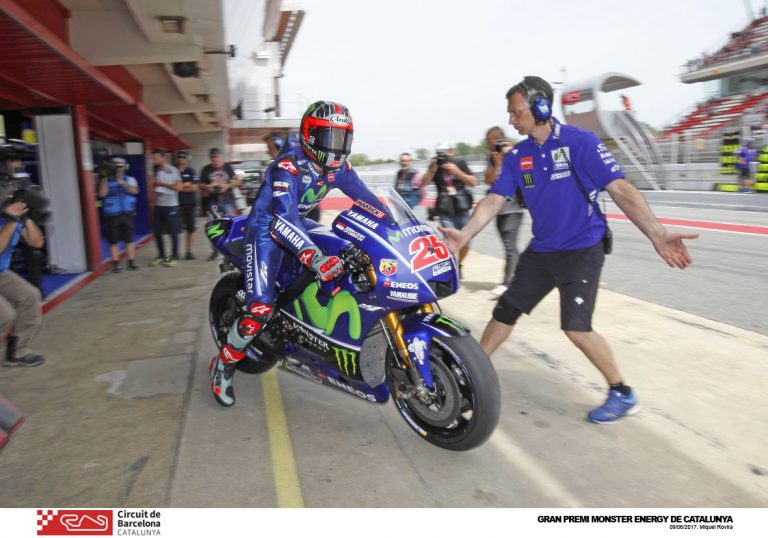 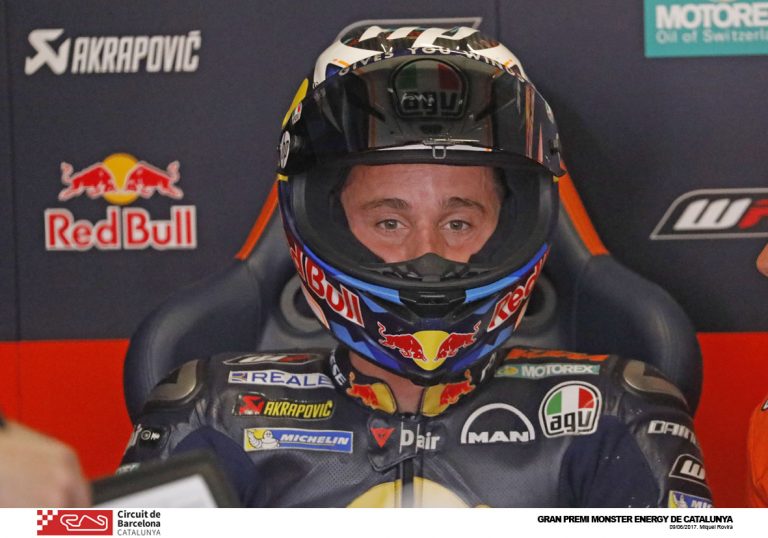 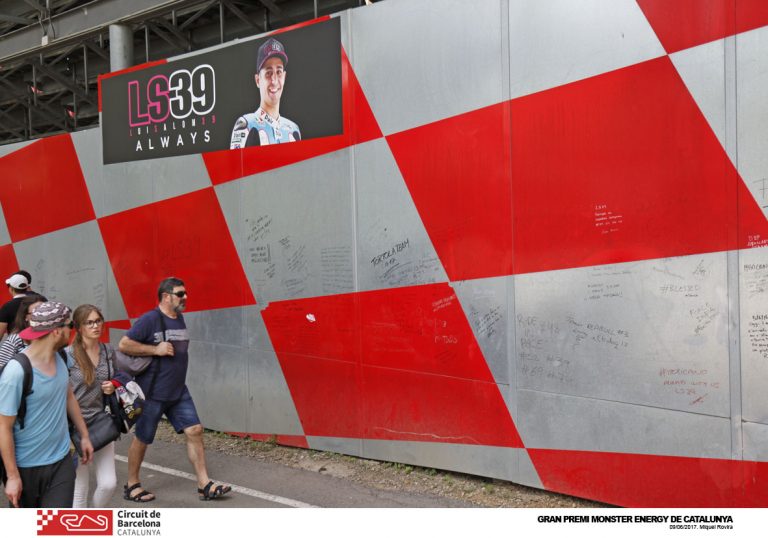 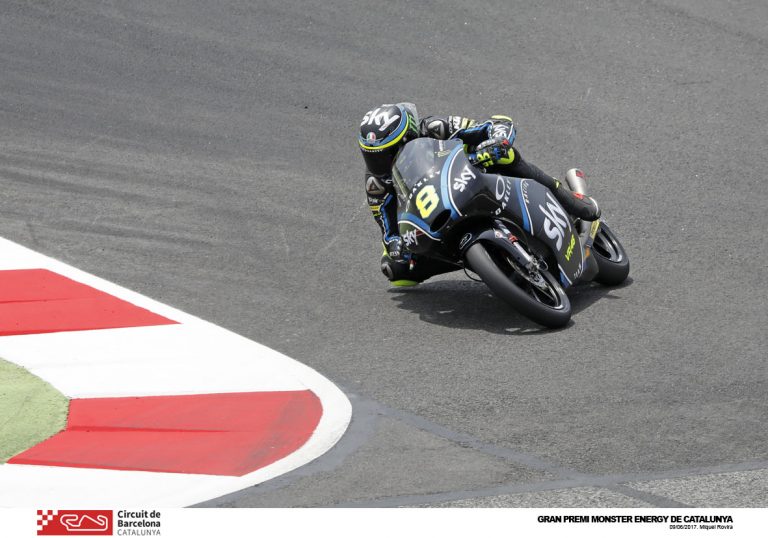 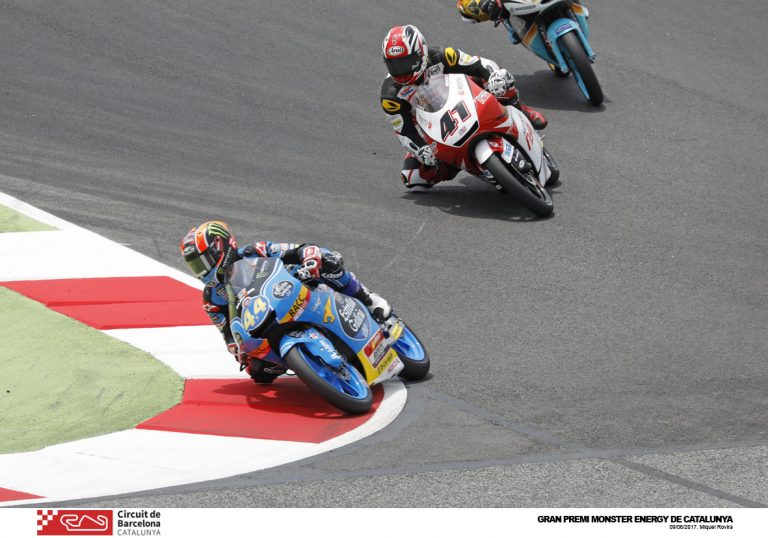 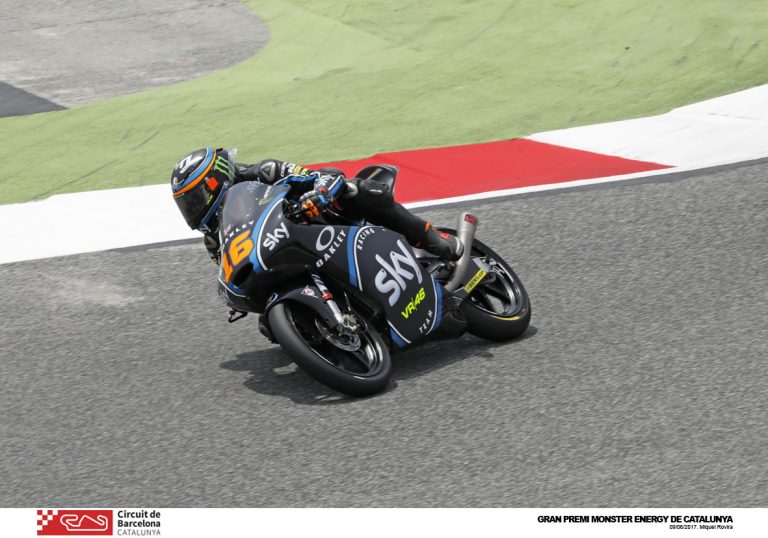 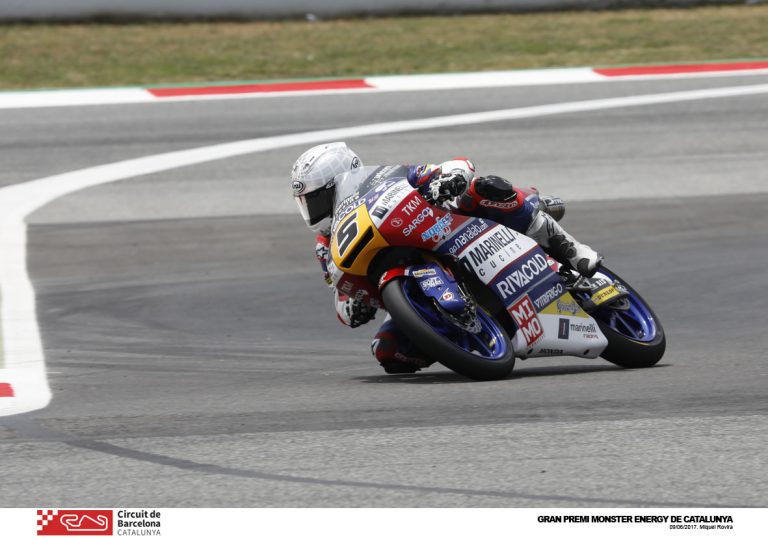 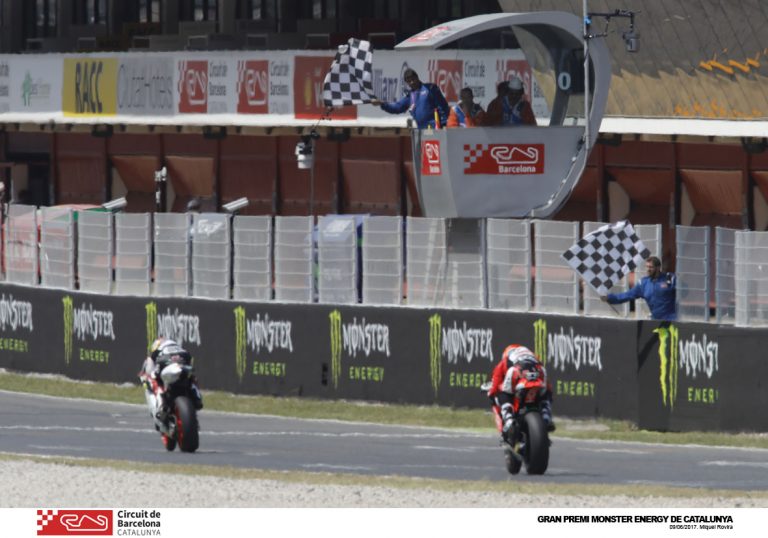 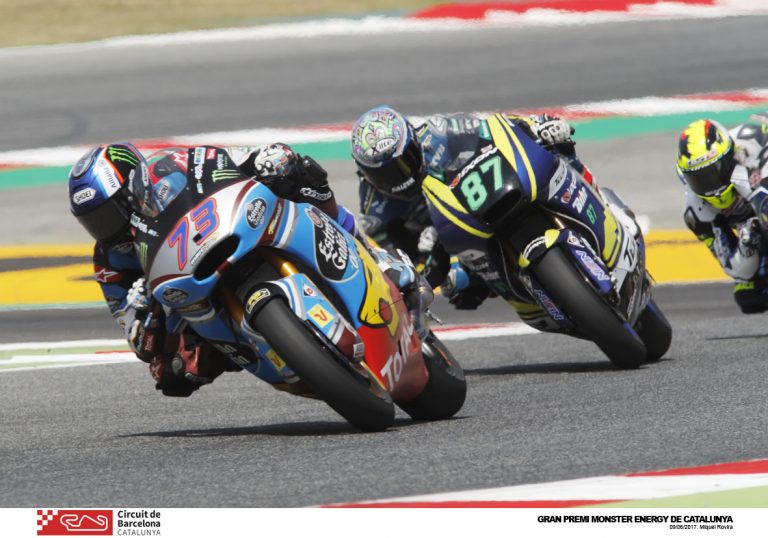 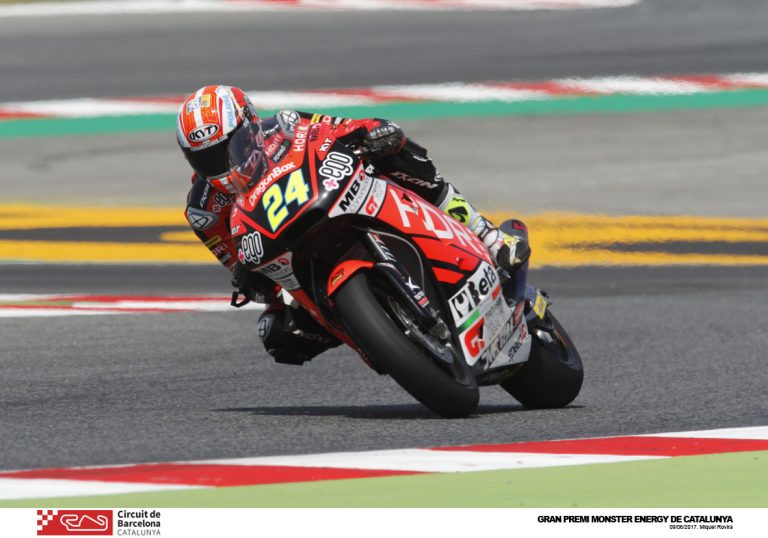 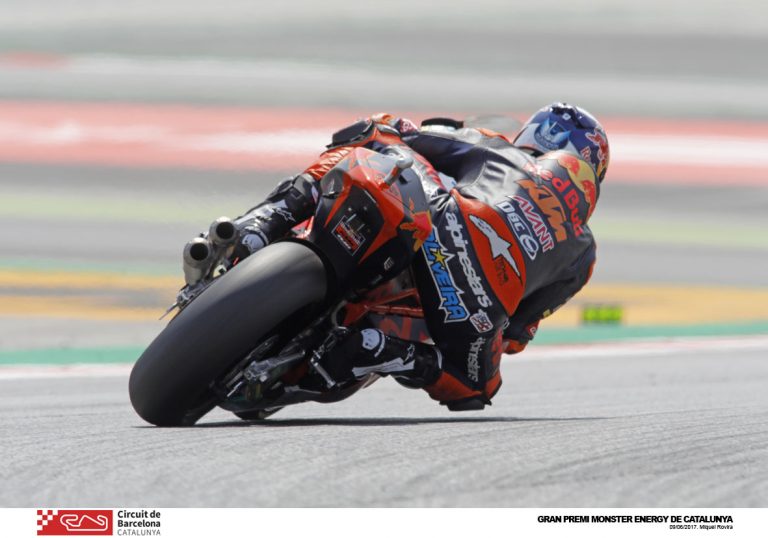 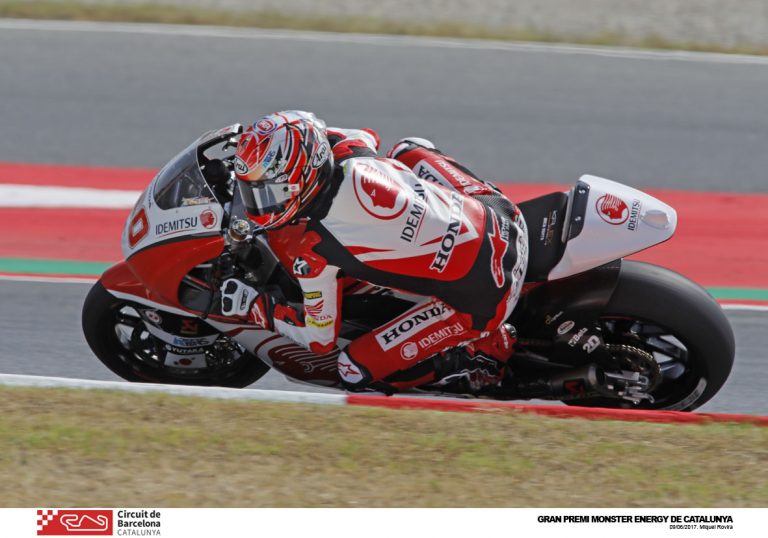 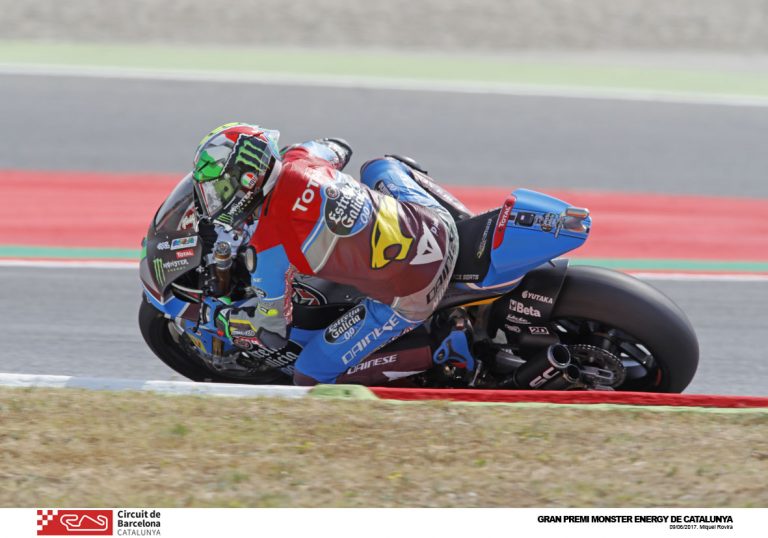