The home rider appeared before the media at the first official press conference of the event along with his most direct rivals in the World Championship: Quartararo, Bastianini and Bagnaia.

The ninth round of the 2022 FIM MotoGP™ World Championship calendar is already underway at Circuit de Barcelona-Catalunya. Although there was no on-track activity, the Gran Premi Monster Energy de Catalunya de MotoGP™ saw a first day of official media engagements for some of the participants. Tomorrow, the three classes of the World Championship will start lapping on the Catalan tarmac in front of the fans.

As it could not be otherwise, the local hero of the season had to be in attendance. Aleix Espargaró, who arrives at his home GP in second position, was the centre of attention hours before he is due to get on his bike. Even so, the Catalan confirmed that he is calm and hopeful about the challenge ahead. “I don’t think I have any extra pressure this year. I had the extra pressure when I came here in a worse position in the championship and I wanted to fight for the podium, but I crashed because I gave 200% and the bike wasn’t ready. This year it’s the opposite, I know I’m going to enjoy myself and I have no doubt that the bike and I will be competitive,” shared Espargaró.

This peace of mind comes from a career that has seen him visit Circuit de Barcelona-Catalunya on countless occasions, a circuit that, as he says, he considers his home. “I have been here all my life; this is my home and I have spent countless hours at the Circuit. You always dream of being in this privileged situation and now that I’m racing in the top class and in Barcelona, I feel like I’m living a dream,” said the Aprilia rider. “I hope to finish this weekend of good feelings with a good result,” he added.

The rider, born in Granollers, was accompanied by his biggest rivals so far this season, the riders in the top 4 of the standings. Among them was the leader and current champion, Fabio Quartararo, who has also been in the news today after the announcement of his renewal with the official Yamaha team. “My main objective was to have the best bike and the best project. They (Yamaha) have convinced me because they will bring new people, they will work very hard and they know exactly where to change. I think that they didn’t know until now what made the Yamaha slower than the others. All this is what made me decide to stay”, said the Frenchman after being asked about the surprise of the day.

The Frenchman also dared to share the reasons why he enjoys riding at the Circuit: “Since I was 14 years old, I could see how I was setting times like the World Cup drivers. I was always very fast here. It’s a circuit I like, and even more so competing in MotoGP. I think both the bike and my riding style are perfectly suited to the demands of the track”. With these words, Fabio Quartararo could be predicting that his intention is to be among the best this weekend, and it seems that he is not lacking in weapons.

Enea Bastianini and Francesco Bagnaia have also placed their bets ahead of the GP de Catalunya. Bagnaia, the winner of the last race at Mugello, admits that he will not have it so easy at Catalunya. “In 10 years in the World Championship, I have never had good results here. My last point was in the Spanish Championship in 2012”, said the Italian with a laugh. Despite this, he also acknowledged that “it’s one of my favourite GPs. I like the circuit; I like the people and I have trained a lot here as well. We will have to work from the first free practice to follow last weekend’s line”.

On the other side of the coin, Enea Bastianini, who arrives in Barcelona after not finishing the last race. “Montmeló is a good circuit for me, very technical and fast. I come from a not so good race, but I am motivated to start with the best attitude here. In the last races I think I lost a bit of confidence with the front end of the bike, but we know what changes we need to make and we are hopeful,” concluded Bastianini.

The Circuit, through its Green Meeting Point platform, is promoting, for the tenth year in a row, the KISS Barcelona programme invoking the KISS (Keep It Shiny and Sustainable) programme by FIM Ride Green. This year, all efforts are focused on raising awareness among the public about the care and respect for the environment, within the framework of the Sustainable Development Goals SDG 2030 of the United Nations, pursuing the objectives of reducing CO2 emissions, minimising waste, caring for the environment, raising awareness and inspiring the community.

This is achieved with the 3C Management “Conscience, Commitment and Coherence”, with actions like the use of 100% renewable energy, the donation of food, the use of 0-km gastronomy products, the use of circular economy in waste management or the sustainable forest care in the surroundings of the Circuit.

Fans will be able to access from Friday to Sunday through any of the gates of the Circuit, as well as to park their vehicles in any of the outdoor car parks. In order to do so, it is necessary to have previously bought a parking ticket online, as there is no physical sale of this type of ticket on site. Gates will open on Friday and Saturday at 8 a.m. and on Sunday at 7 a.m. All grandstands of the Circuit will remain open to follow the activity on track, as well as the General Admission areas. 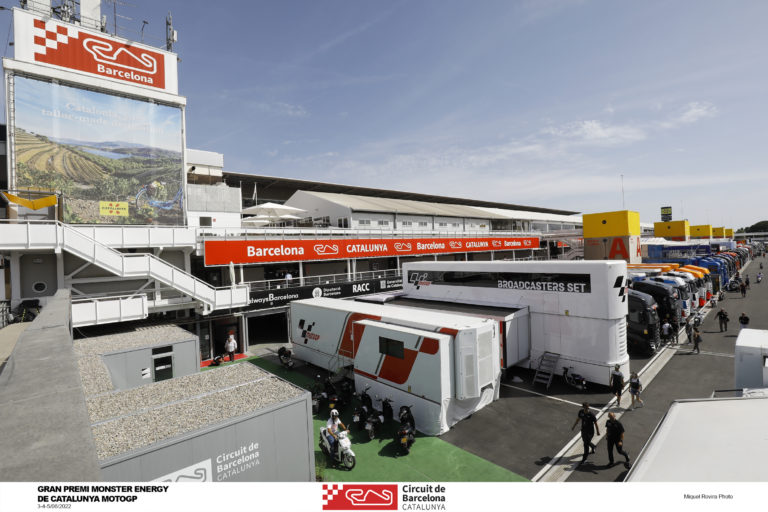 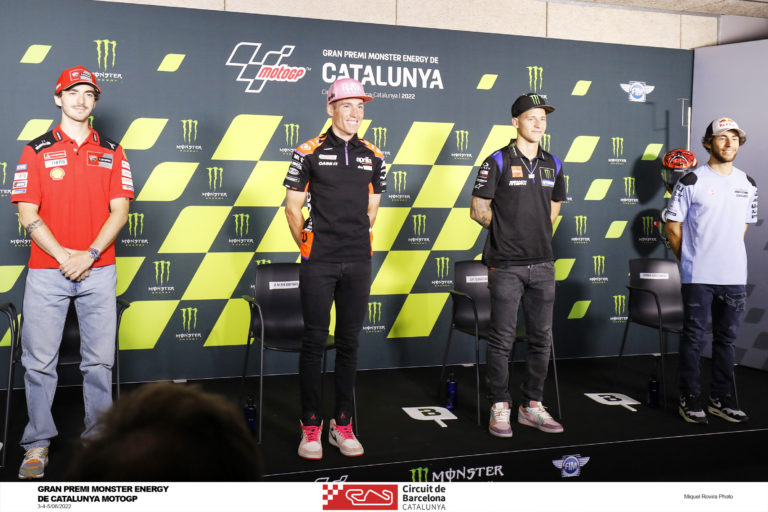 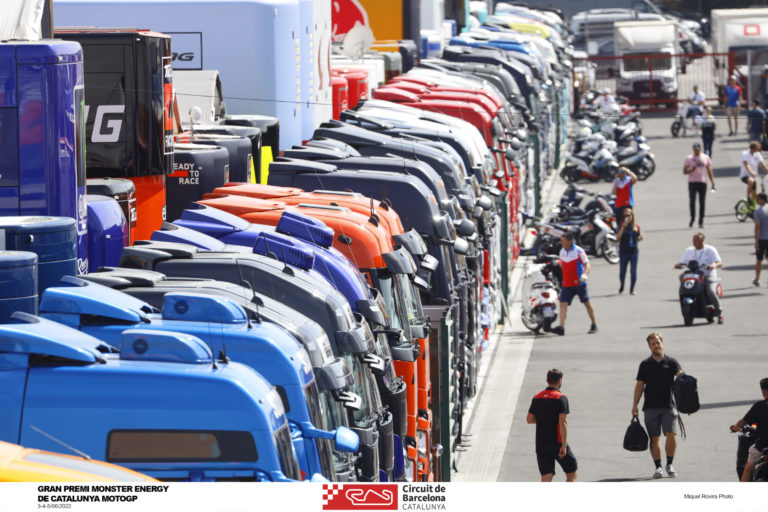 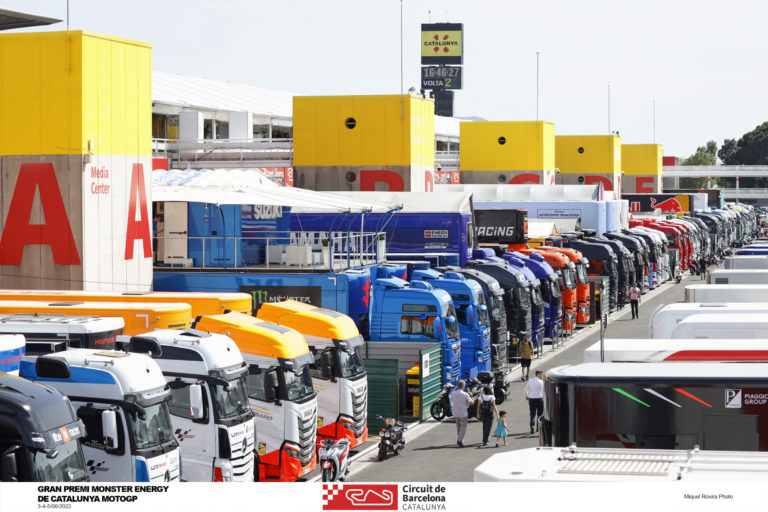 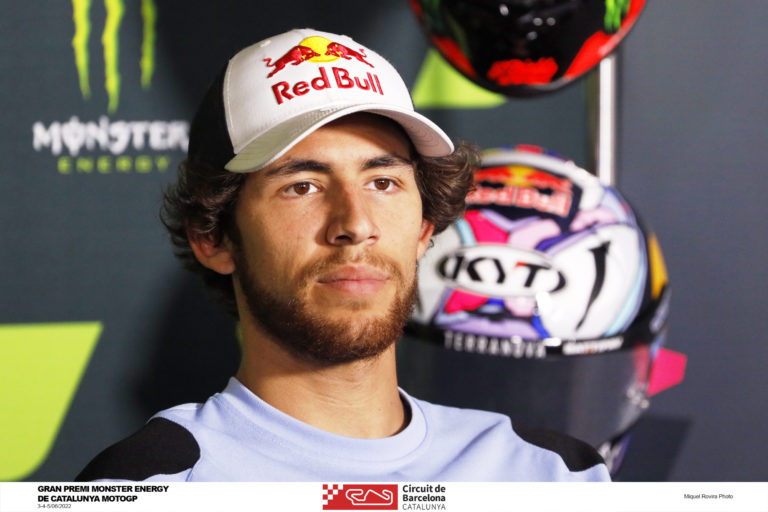 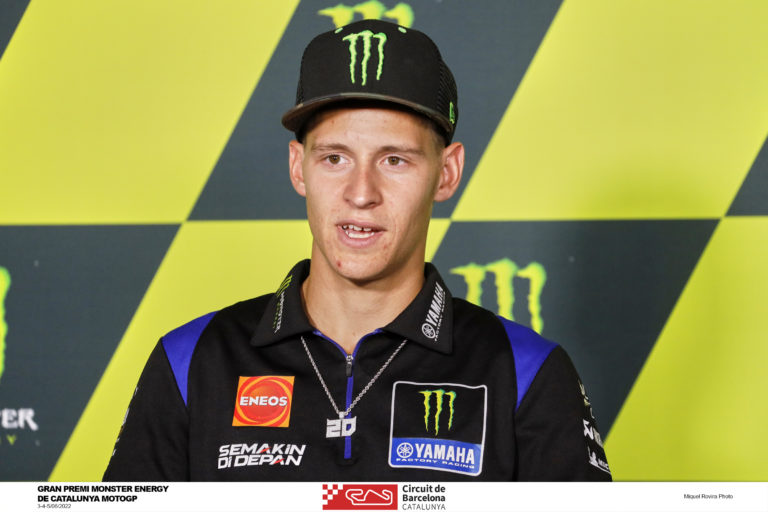 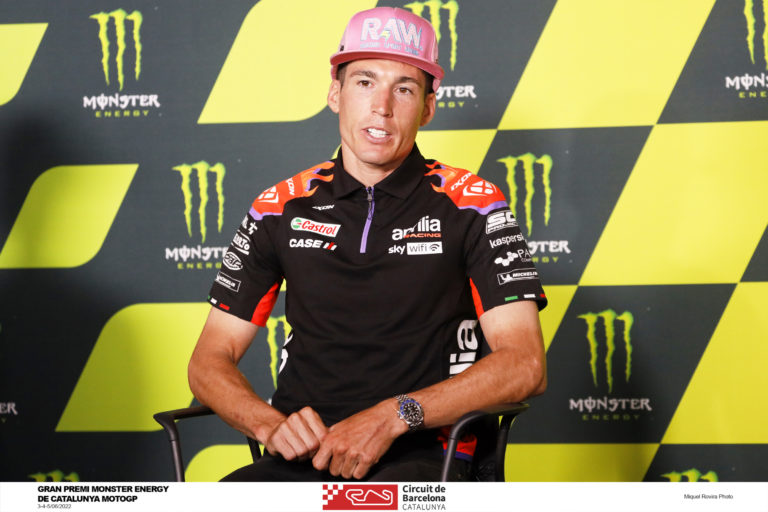 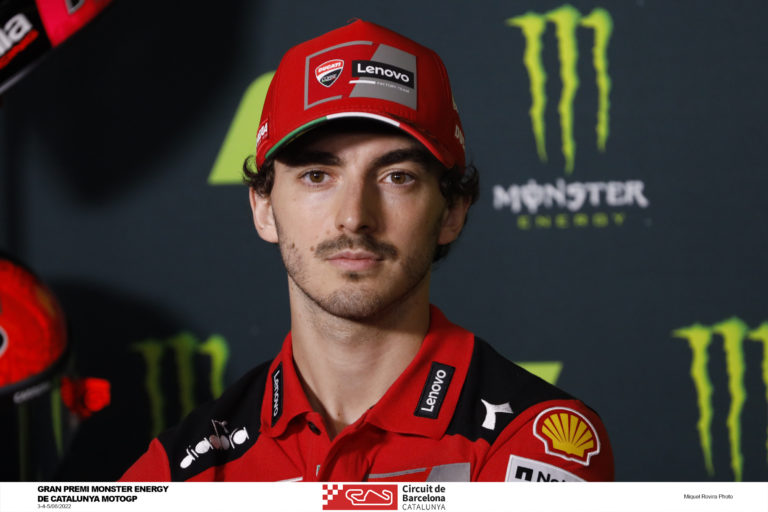 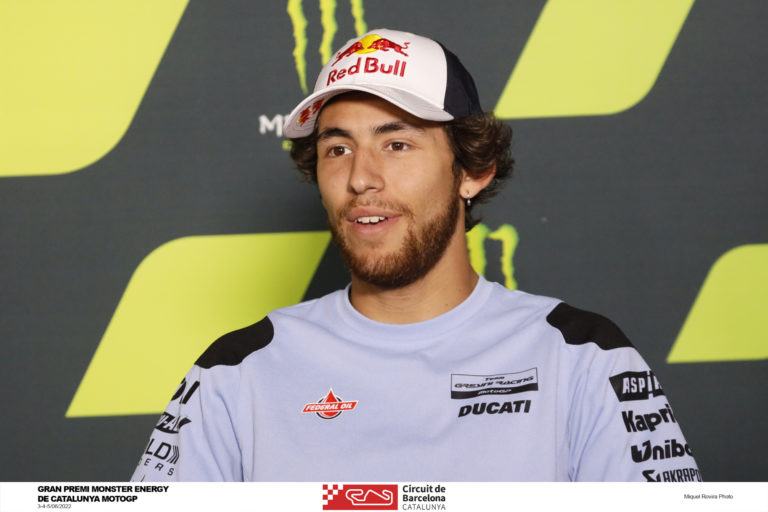 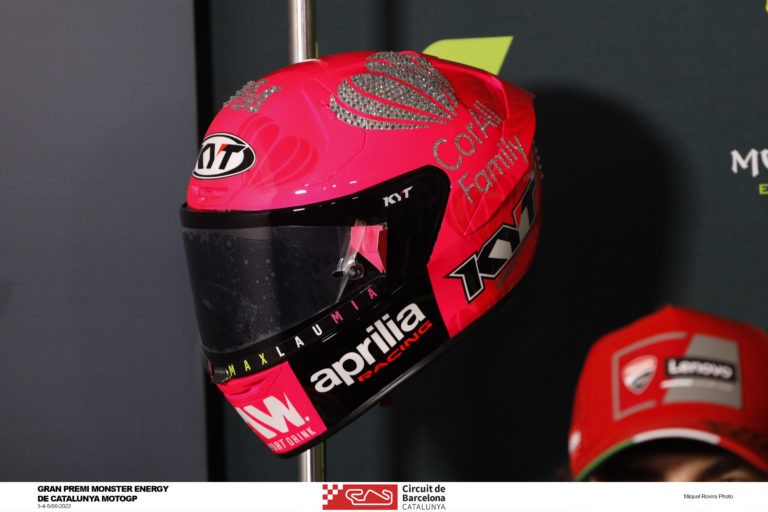 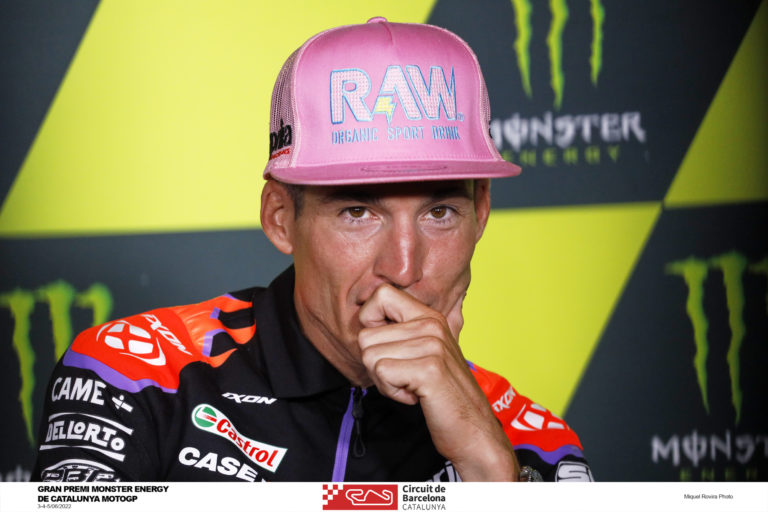 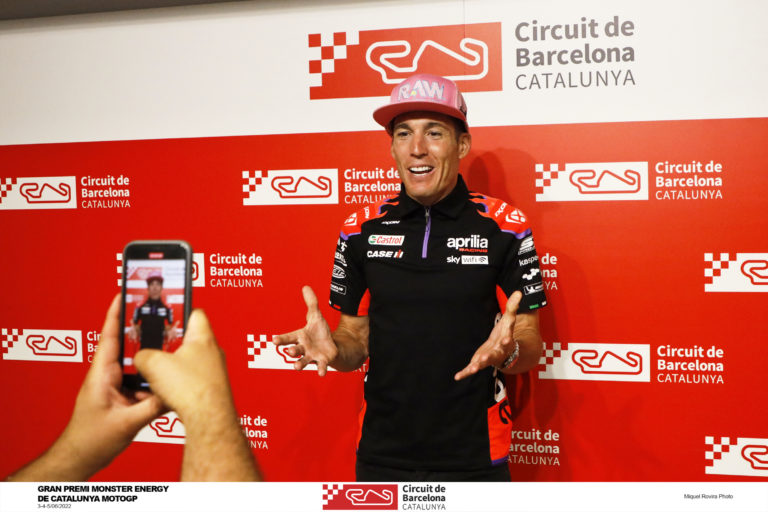 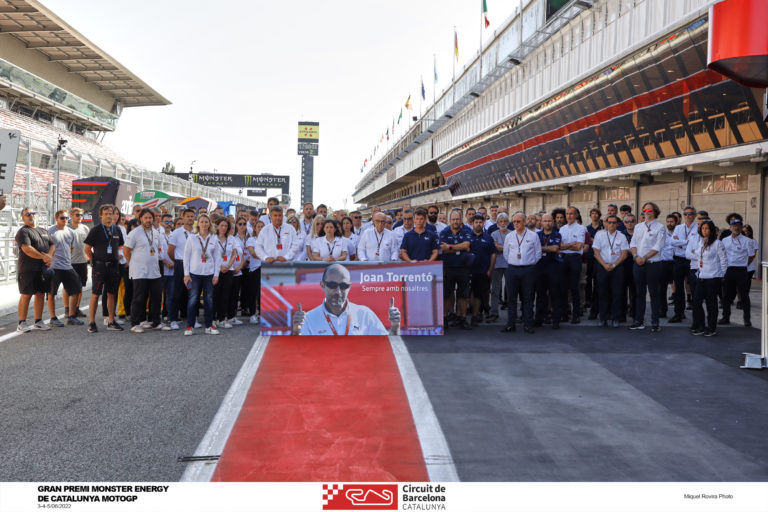 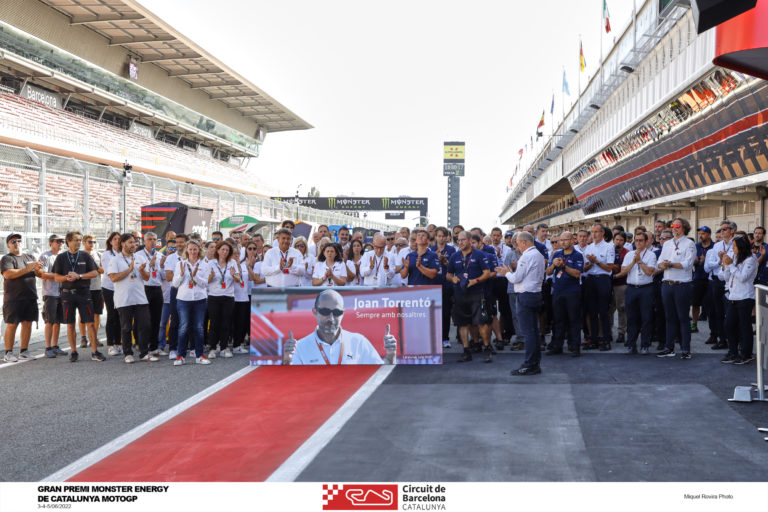 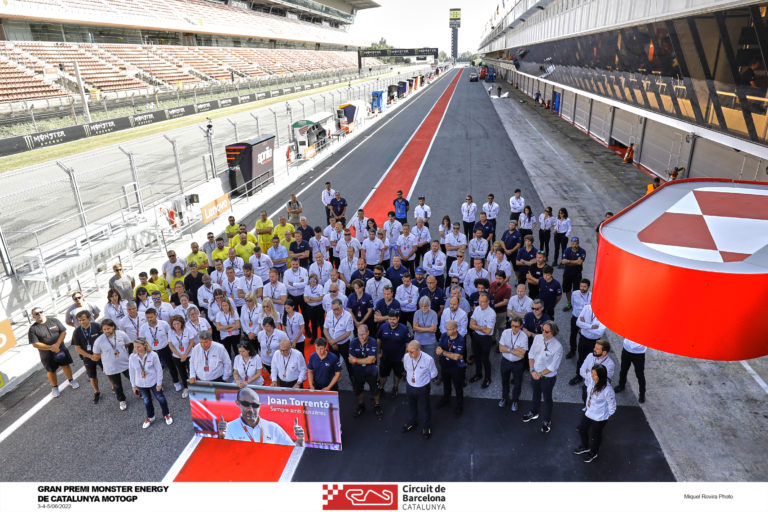 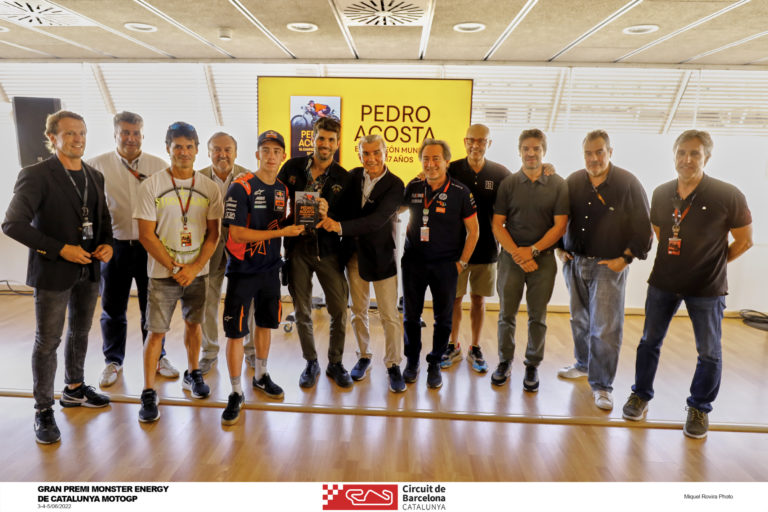