The snow upsets the preseason at the Circuit
Menu

The single-seaters barely went onto the track this Wednesday, as the day started with snow and dense fog at the Catalan layout

Only five drivers dared to challenge the weather conditions on this third day of the F1 preseason, scheduled today at Circuit de Barcelona-Catalunya, with Fernando Alonso (McLaren) being the only one to clock a time (2:18.545). The cold weather front and the snow that are affecting a large part of Europe left the Catalan racetrack completely white from early in the morning, thus making it impossible to have a normal test day.

Due to the bad weather conditions and the fact that the medical helicopter was unable to fly due to the lack of visibility, the start of the session was delayed until noon, when the track was eventually green-flagged.  However, the first driver did not leave the pit garages until one hour later. It was Spanish driver Fernando Alonso (McLaren) who became the most active driver of the day with a total of…. eleven laps!!

Only a handful of ‘brave’ drivers joined the Spaniard on the track, and they did it bit by bit: Robert Kubica (Williams), Marcus Ericsson (Sauber), Brendon Hartley (Toro Rosso) and Daniel Ricciardo (Red Bull), who went onto the gravel bed in his second lap without major consequences. Faced with this situation neither Mercedes nor Ferrari were seen at the racetrack, after yesterday’s exhibition of superiority by both teams. Haas, Renault and Force India also preferred to stay in the garage, although the rain melted the snow quickly.

Nevertheless, most of the teams took the saying “try to make the best of it” to the T and filled the social media with witty memes. Mercedes built a Snowman (a clear hint to their Iceman, Kimi Räikkönen); Force India put snow chains on the wheels of their car and Toro Rosso uploaded a picture of Brendon Hartley on a sledge, ready to lap. Even Pirelli showed their stud tyres used for rallies… just in case.

Some of the drivers also chose to take it with humour. Monegasque driver Charles Leclerc (Sauber) uploaded a video with penguins and Swiss driver Romain Grosjean a picture next to his Rallycross car ready to race in the snow. But the one to take the biscuit was definitely Fernando Alonso (McLaren), making fun in his official Twitter account with the following message: “Car is performing well in the snow so far. P1 in the morning session.”

Finnish driver Valtteri Bottas (Mercedes) showed himself more serious and confessed his desire to get onto the track:  “I love to drive as much as possible. Under these conditions, the kilometres are less valuable, since you can neither test all the novelties nor the limits of the car. Let’s hope that the weather is more favourable during the rest of the preseason”.

Again looking at the sky, but with a more favourable forecast, the F1 Test Days will reach they halfway mark tomorrow, with the staging of the fourth test day and last of this week at Circuit de Barcelona-Catalunya.  In order to attend, fans can purchase their tickets on the Circuit’s website (www.circuitcat.com) for 18 euros. Those who already hold a ticket for the FORMULA 1 GRAN PREMIO DE ESPAÑA 2018 (from 11 to 13 May), have free admission to all of the test days, as well as Circuit Members and Officials. 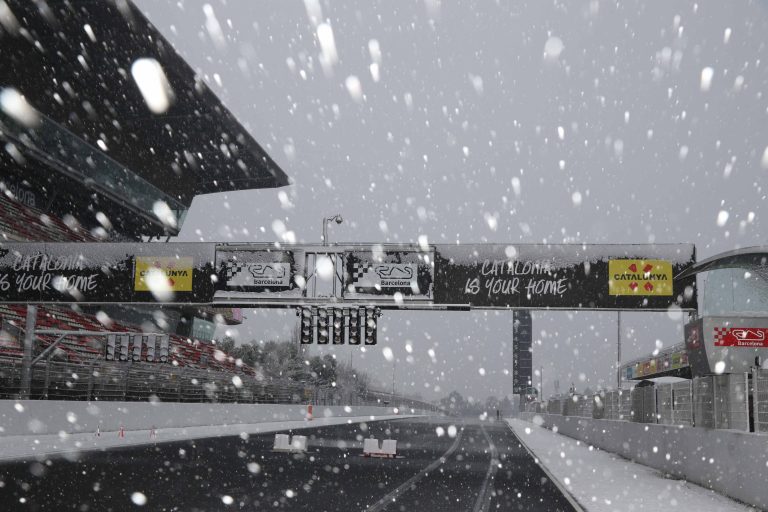 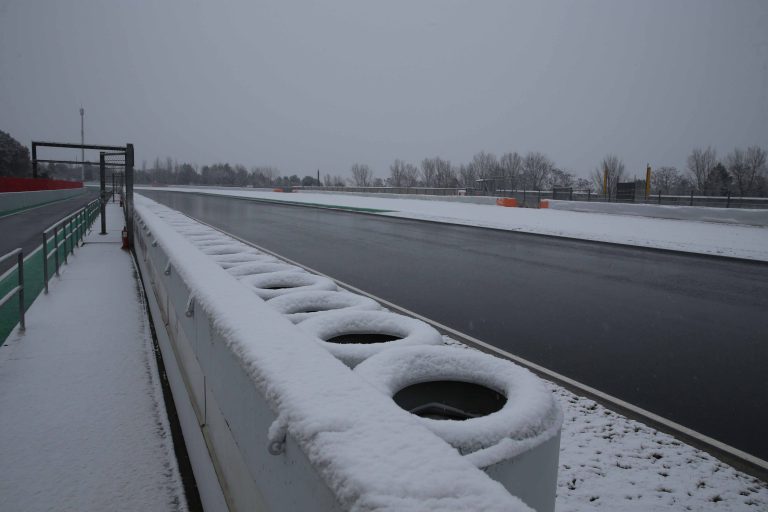 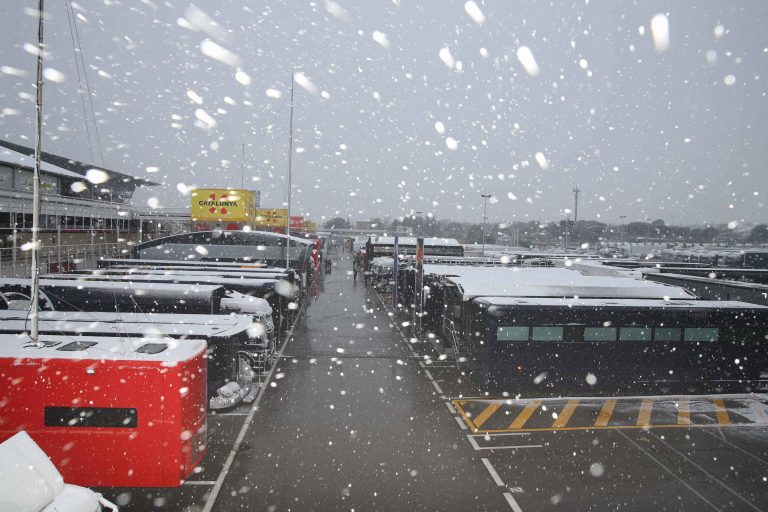 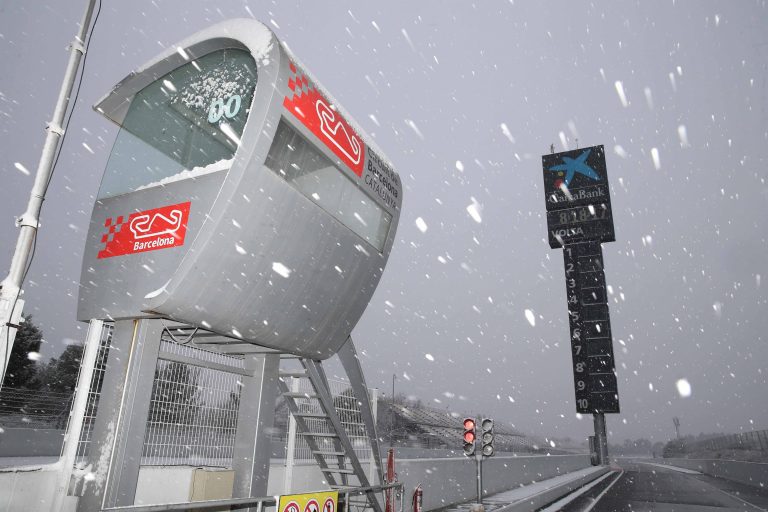 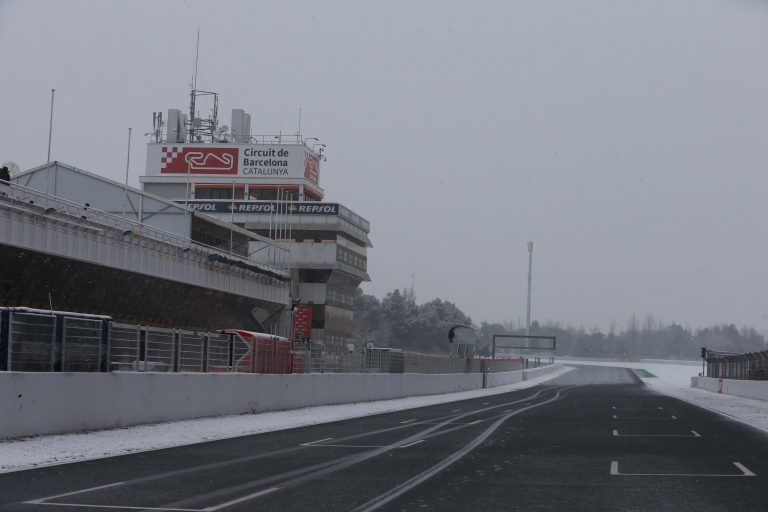 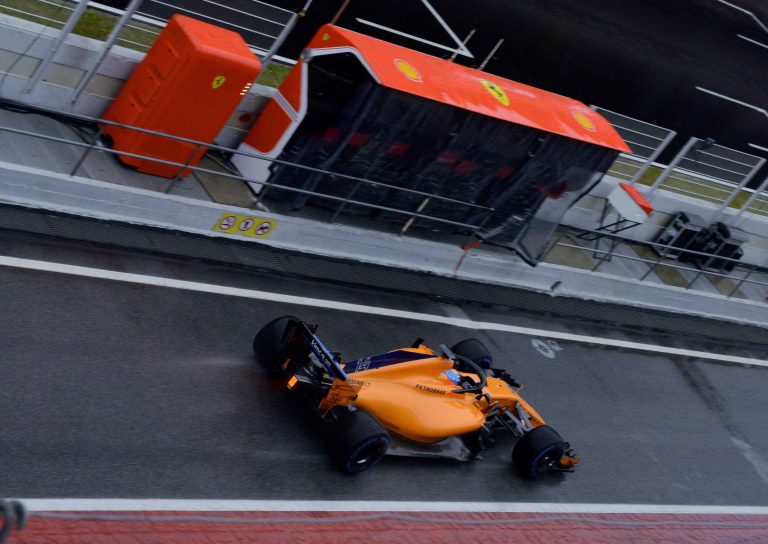