Mercedes starts leading the track activity at the Circuit

Valtteri Bottas and Lewis Hamilton clocked the quickest times of the day in FP1 and FP2 respectively, followed by Max Verstappen.

Green lights. The FORMULA 1 ARAMCO GRAN PREMIO DE ESPAÑA 2020 has already been witness to the single-seaters lapping on the track on a test-filled day. The set-up procedures before tomorrow’s qualifying session ratified that Mercedes is still running the show.

The Silver Arrows, now black, imposed their law at Circuit de Barcelona-Catalunya today. In the morning, it was Valtteri Bottas who clocked the fastest time, while in the afternoon, it was team-mate Lewis Hamilton who topped the time sheet. Combining both sessions, the fastest overall time was set by the Finnish driver with 1:16.785, against 1:16.883. No other driver was able to lap within one minute and sixteen seconds. Max Verstappen came closest, with a time of 1:17.7 in both sessions.

One of the pending questions was the performance and the behaviour of the tyres that will have to stand very high temperatures along the weekend, a condition that had never been experienced at a Spanish Grand Prix before, as it is usually staged in May. As everybody expected, the softest compound chosen by Pirelli for the GP was the fastest, and the one used to set the fastest times of the day. Moreover, some drivers made race simulations to get a feeling of the compound’s durability. They have given us a few hints, and everything suggests that there will be two stops on Sunday.

Having a glance at rather unexpected facts, we should mention Daniel Ricciardo’s fourth position in Free Practice 2 (FP2). Renault is trying to improve, but the truth is that the French squad is far from shining in the manufacturers’ standings. So it’s been a good start for them and for the Australian driver, who confessed yesterday, during the press conference, that he needed a good result to get an extra motivational boost.

Another surprising result was the emergence of Haas. Although nothing has been said and done yet, Romain Grosjean and Kevin Magnussen gave a more convincing impression today than in other occasions. In fact, the French driver was sixth in the morning and fifth in the afternoon; two results that are outstanding, considering that he ranks last in the overall standings of the championship, while Haas is second last among the manufacturers.

Scuderia Ferrari placed its single-seaters in fourth and fifth position in the morning; in the afternoon, however Charles Leclerc finished sixth and Sebastian Vettel, twelfth. It was a rather puzzling performance by the Italian team, although quite better than the performance of their main rival in the quest for the third step on the manufacturers’ championship podium, McLaren.

The Woking-based team went rather unnoticed today. Local driver, Carlos Sainz, finished seventh fastest this afternoon, although he did not make it to the top 10 in the morning. The Spaniard spent quite some time inside the team’s garage while the mechanics checked the MCL35 for perfect conditions. Lando Norris was not able to make it to the higher section of the time sheets during the whole day.

The fastest lap in F2 went to the current leader of the standings, Callum Illot (Uni-Virtuosi Racing), with a time of 1:28.567. Robert Schwartzman (Prema Racing) and Guanyu Zhou (Uni- Virtuosi Racing) took second and third respectively, two and three tenths of a second behind Illot.

Illot will surely be breathing easier after seeing Lundgaard, second in the overall standings, on fourteenth position in the time sheets. The list of the top 5 is completed by Felipe Drugovich (MP Motorsport) and Mick Schumacher (Prema Racing).

Local team, Campos Racing, achieved a seventh position with Jack Aitken, who seems to be in great shape for the first F2 round of the weekend. Guilherme Samaia was less fortunate, clocking the slowest time.

Pole for Logan Sargeant in F3

Logan Sargeant took the FIA Formula 3 pole position clocking 1:32.974. The Prema Racing driver, who leads the overall standings by just one point, will try to give his best tomorrow in order to strengthen his lead over Oscar Piastri, currently his main rival in the battle for the title. Piastri will start tomorrow from the fourth position. The Australian driver clocked several, very fast sectors but was not able to improve his time as he went off the track a few minutes before the end of the session.

Jake Hughes (HWA Racelab) was second fastest, a few thousands of a second behind Sargeant. Third on the grid will be Liam Lawson (HItech Grand Prix). Alex Peroni was the best qualified driver of the only Spanish team, Campos Racing, and will be starting from the ninth position of the grid.

In addition to these two support series, the Porsche Mobil 1 Supercup contestants went also onto the track to have their first free practices of the meeting.

Meeting with the new top management of the Circuit

The Vice-President of the Catalan Government and Catalan Minister of Economy and Finance, Pere Aragonès, held a meeting this afternoon with the new top management of Circuit de Barcelona-Catalunya, President Maria Teixidor and General Manager, Josep Lluis Santamaria. The meeting was also attended by the Catalan Secretary General of Enterprise and Knowledge, Marta Felip, Director General of Heritage, Francesc Sutrias and Avançsa Director, Josep Solà. 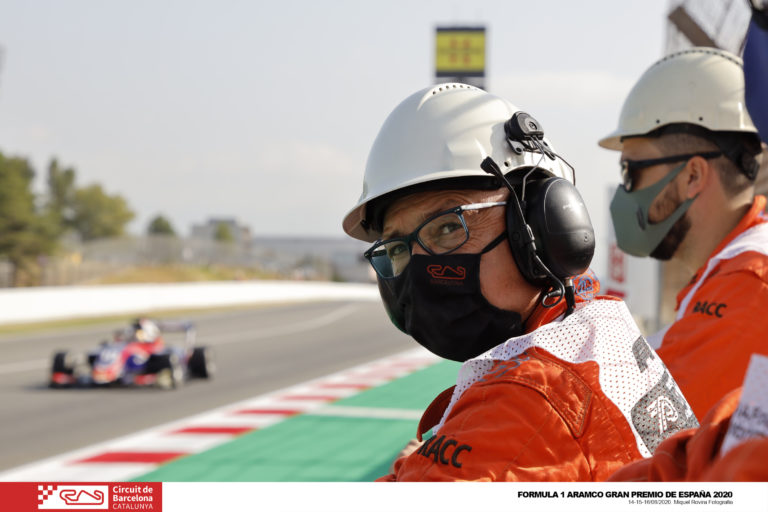 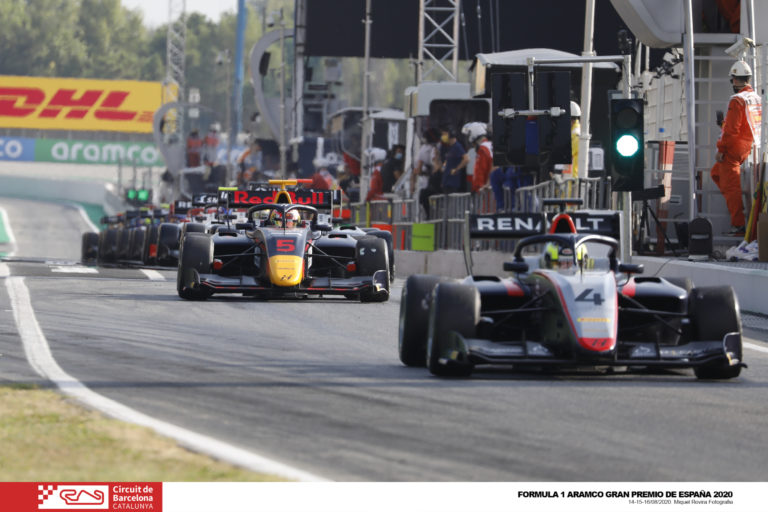 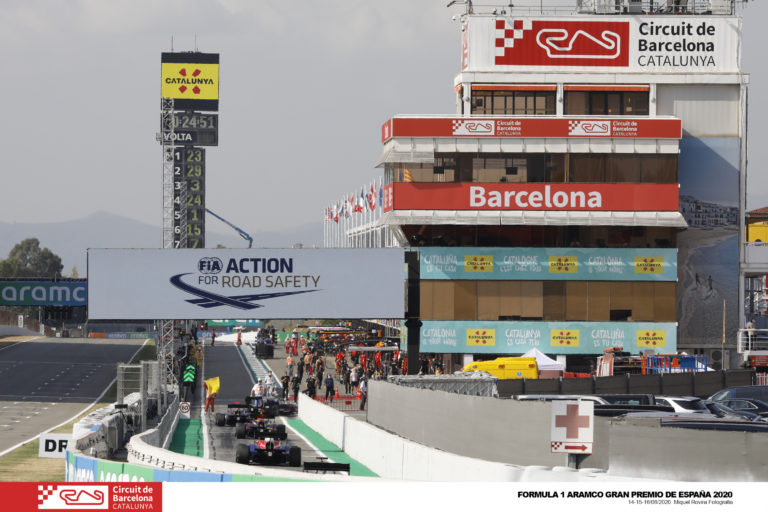 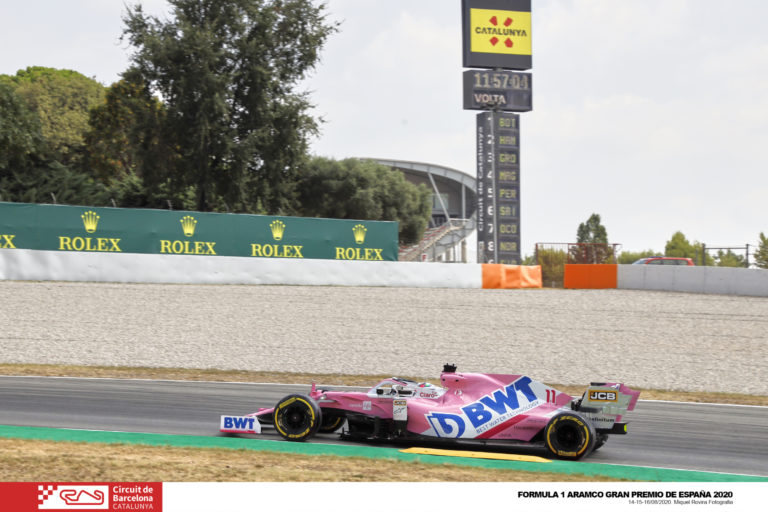 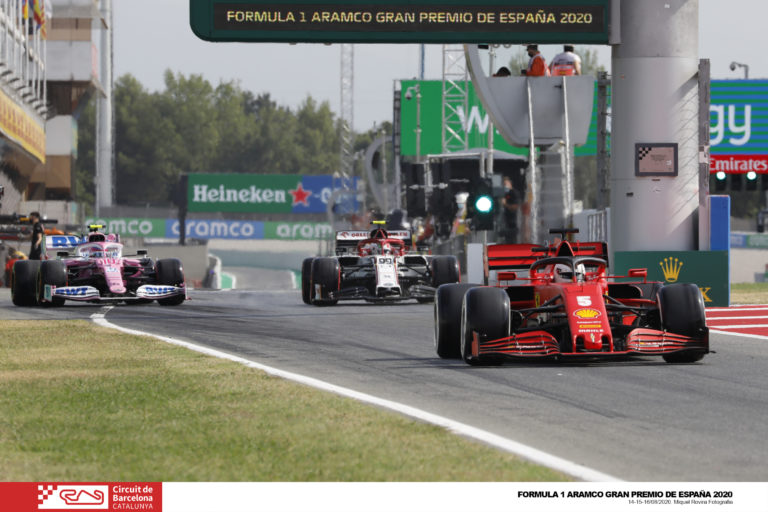 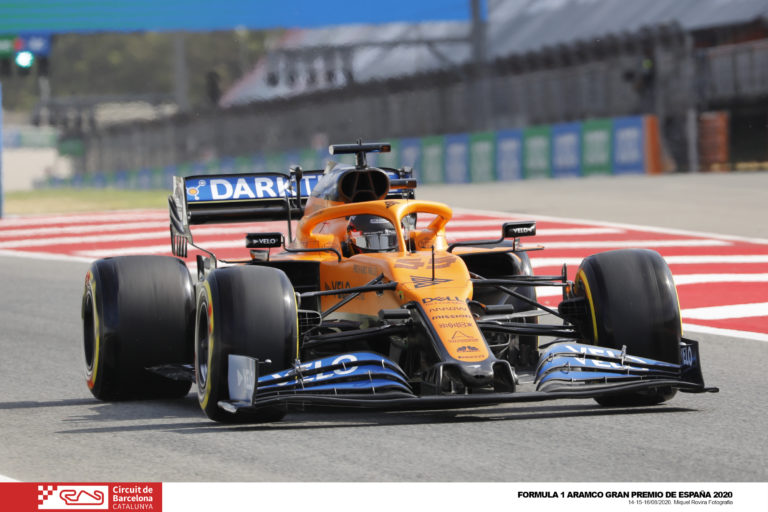 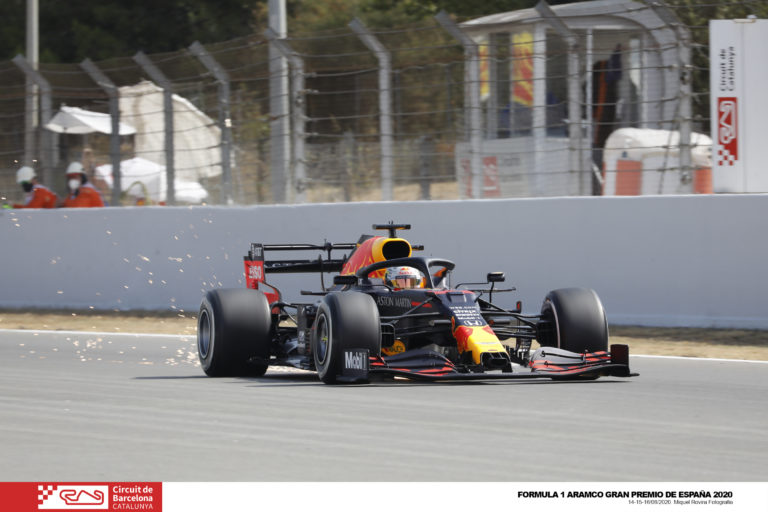 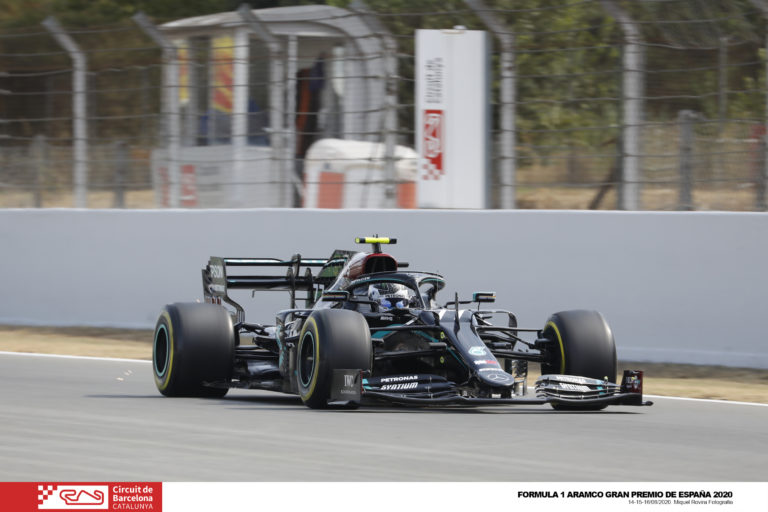 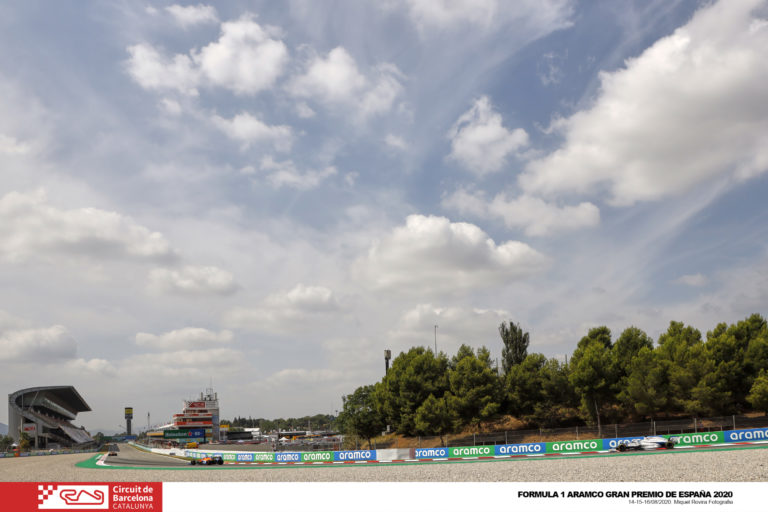 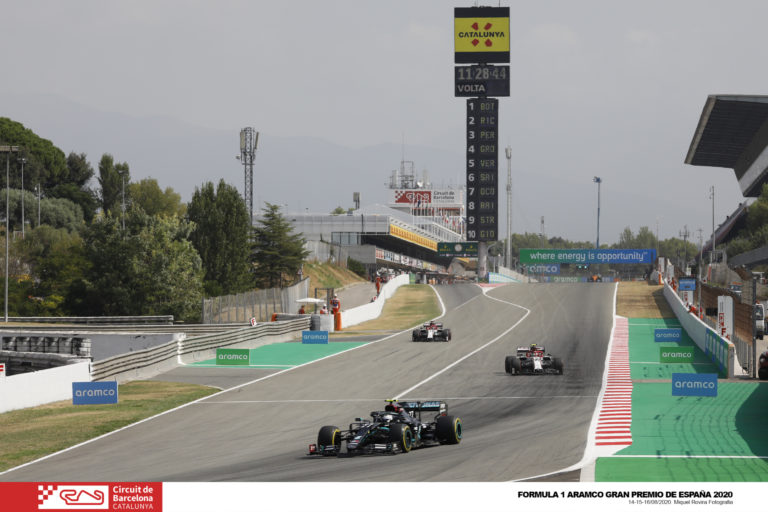 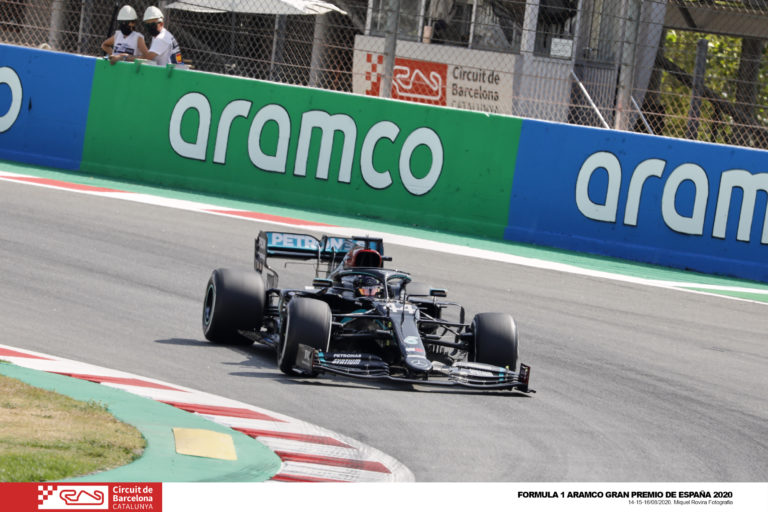 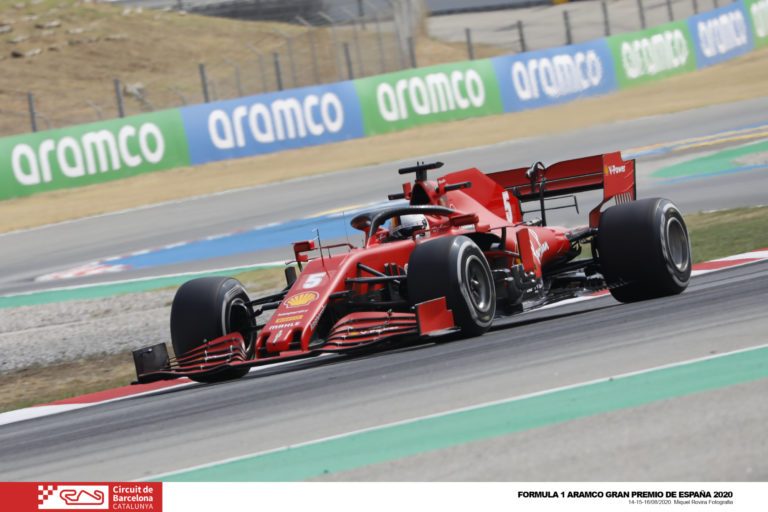 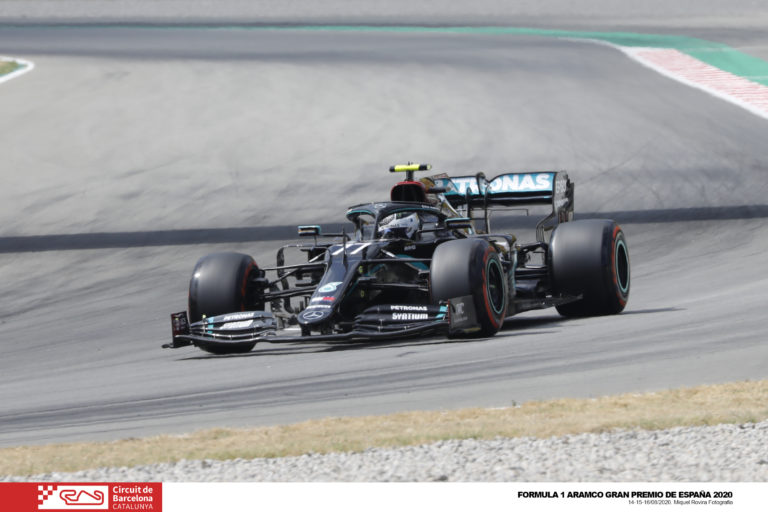 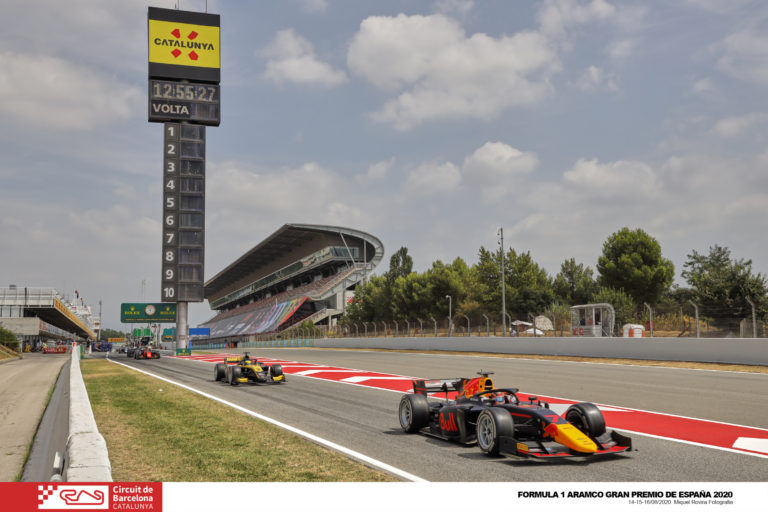 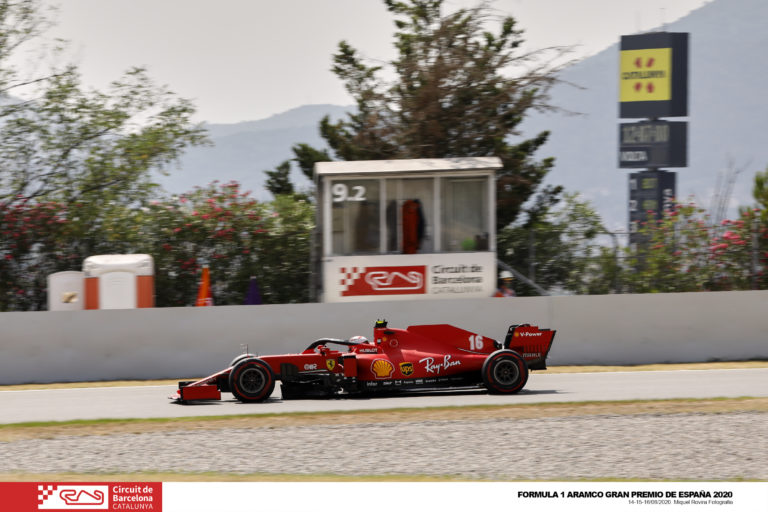 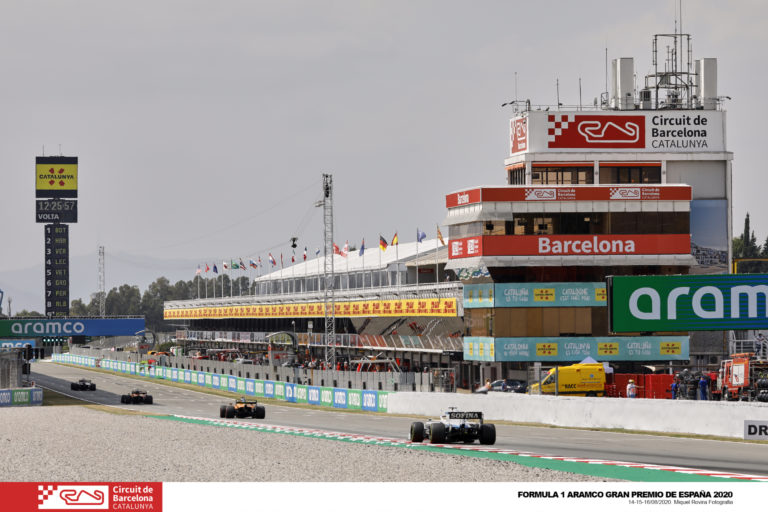 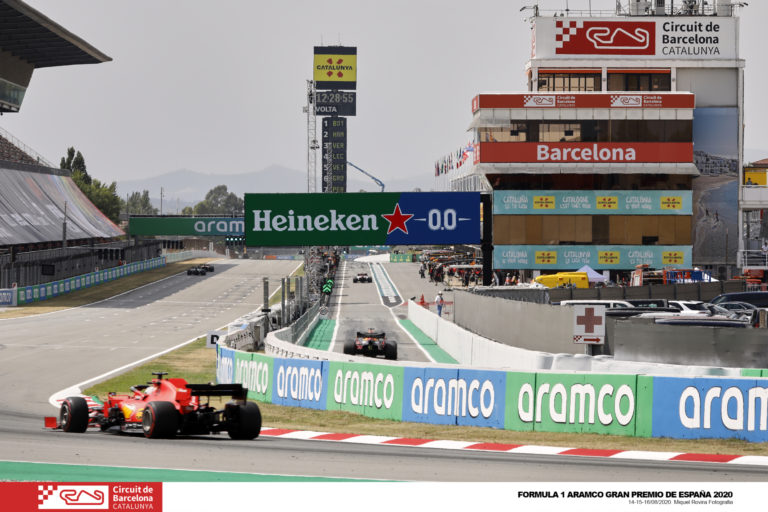 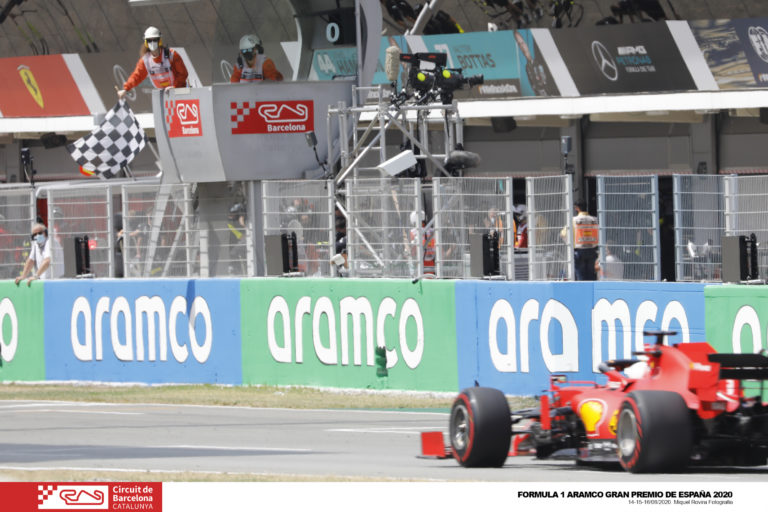 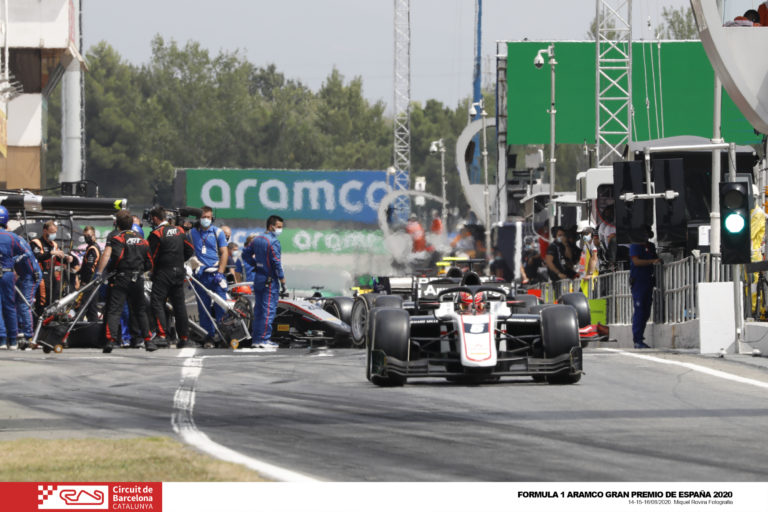 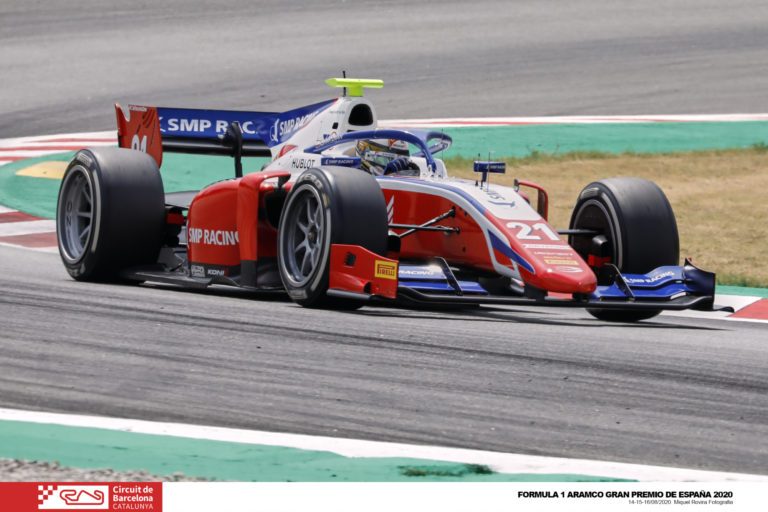 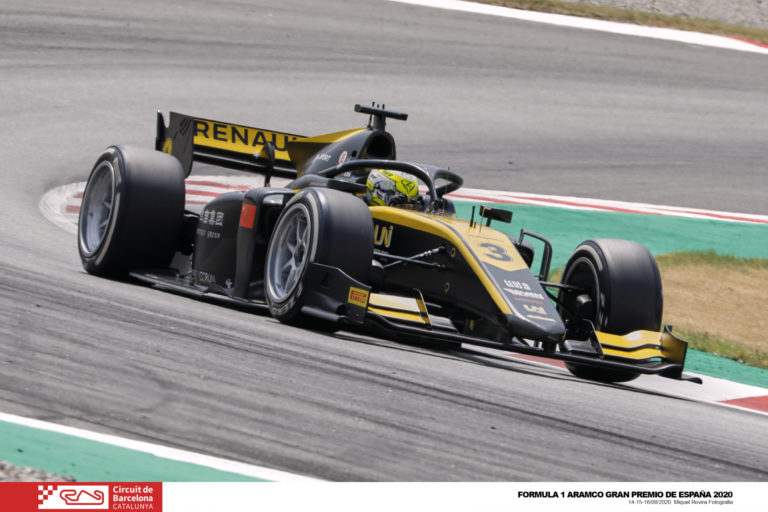 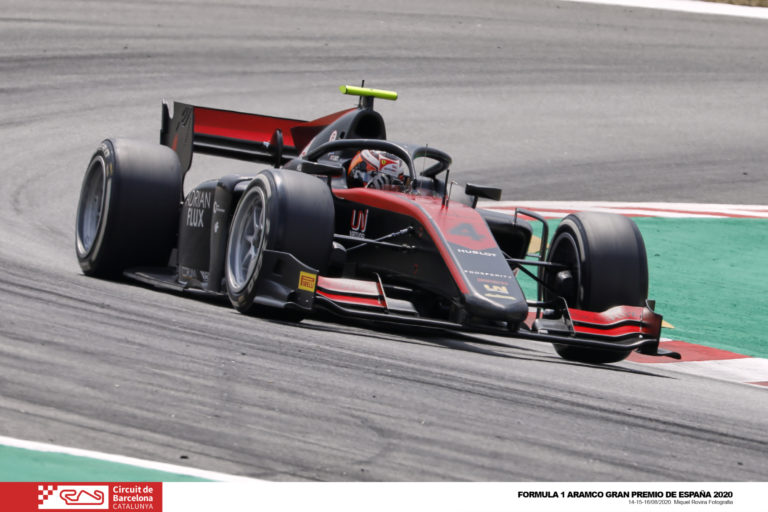 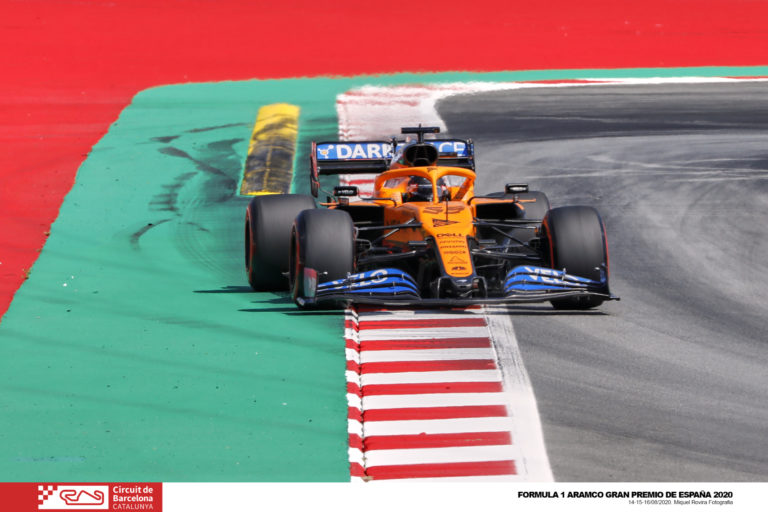 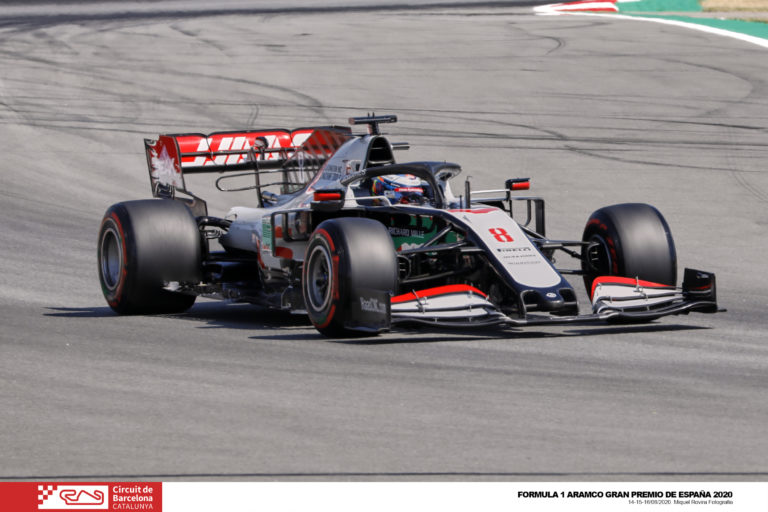 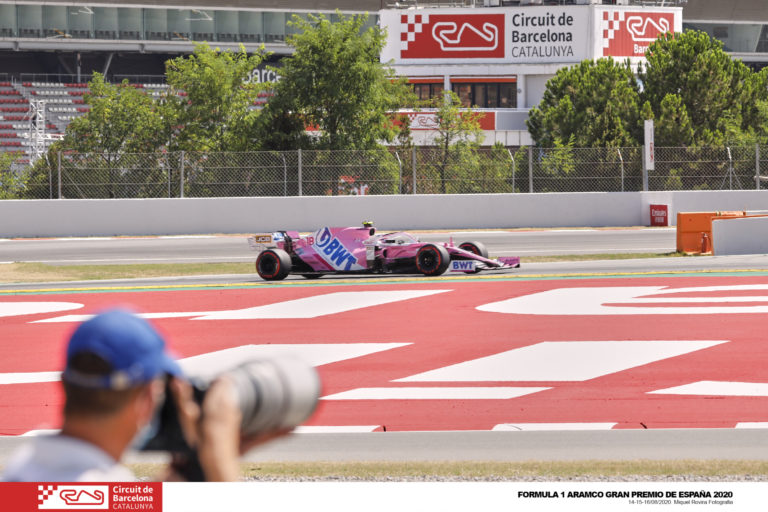 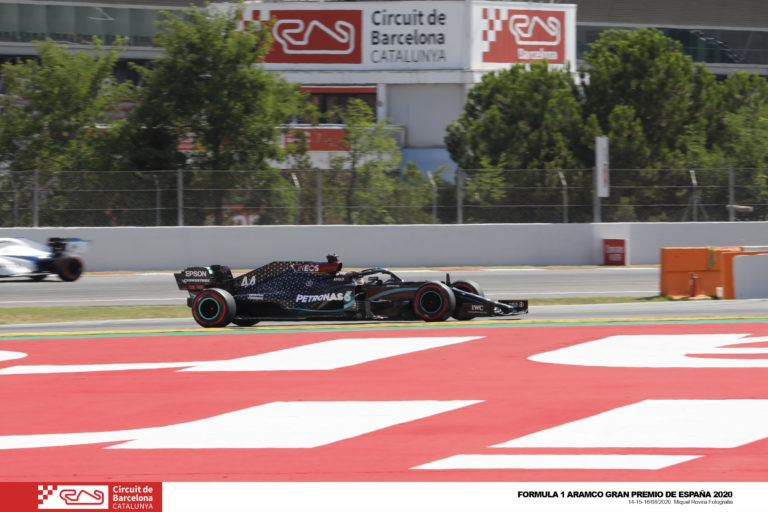 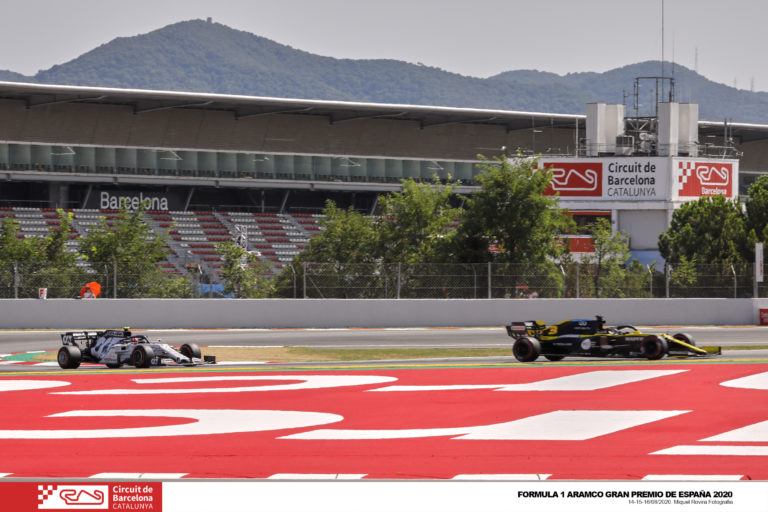 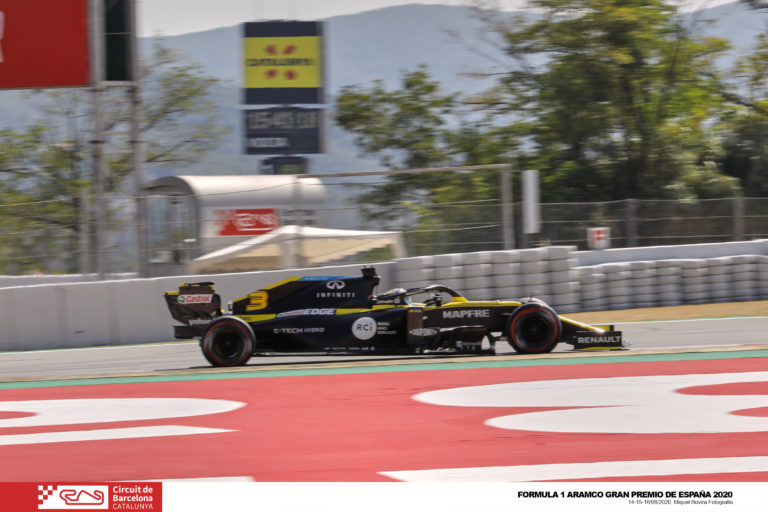 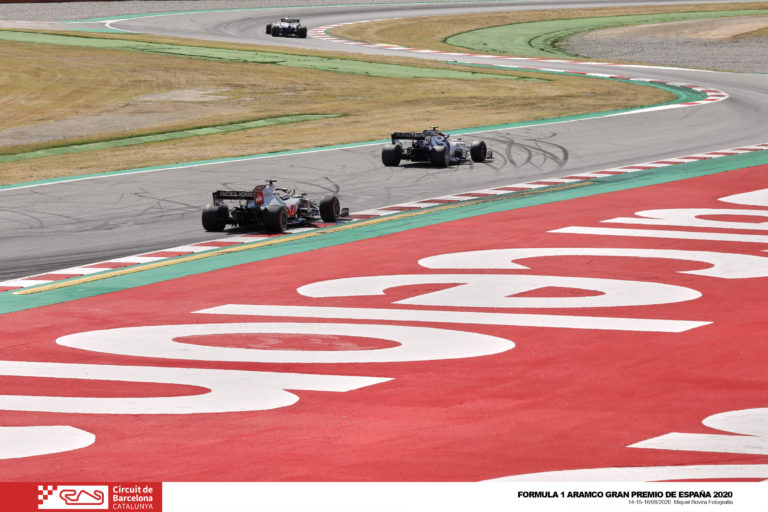 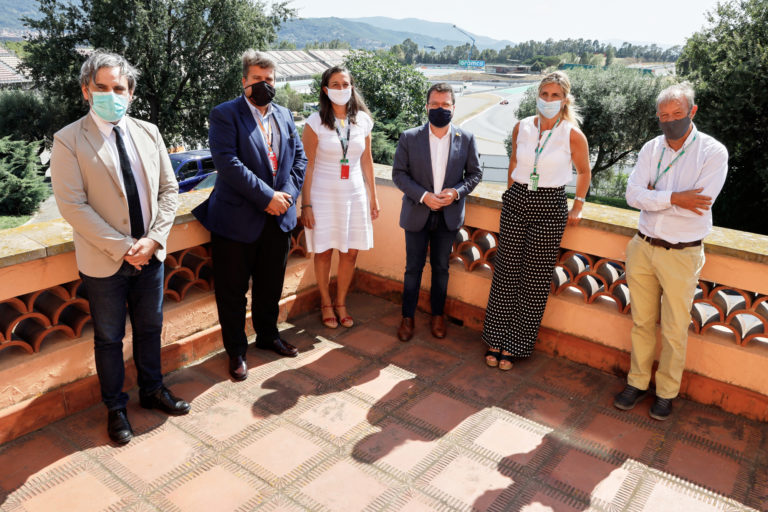