The preseason reaches its halfway point with several open questions

Kimi Raikkonen ends the first test week at the Circuit clocking the fastest time, on a day in which Mercedes shows its first symptoms of weakness

The Formula One Test Days have reached their halfway point today at Circuit de Barcelona-Catalunya, after four intense days that have served to confirm the impressive performance of the new single-seaters and to consolidate Mercedes as firm candidate for the title. However, the German team showed today their first technical problems, a circumstance that Kimi Raikkonen (Ferrari) made good use of taking the lead of the timing sheets with his machine, which is showing itself more competitive as the days pass by.

Today has been, with no doubt, the most untypical day of the whole preseason, as a consequence of the rain simulation at the Circuit. The asphalt of the Catalan track was watered by tank trucks several times to provide the teams with the chance to driver under wet conditions for the first time with the new Pirelli tyres.

This circumstance took to less activity than usual. The times were rather modest along the day, compared to the 1:19.705 clocked by Valtteri Bottas (Mercedes) yesterday, which is the best time clocked this week. Today his team spent almost the whole morning in the garage in order to solve a technical problem that hindered Lewis Hamilton from driving.

It has been the first and only symptom of weakness shown by the German team this winter. It was a big surprise after the exhibition of reliability shown by the team on the first three test days of this week, with more than 150 laps per day adding together those made by Hamilton and Bottas. After solving the problem, the Finnish driver was able to make 68 laps, although two and a half seconds behind the top time.

Daniil Kvyat (Toro Rosso) was only able to make an instalment lap in the morning, after which the team announced that they had to change the engine of the STR12 “as a preventive measure”. Therefore, Carlos Sainz was not able to lap in the afternoon, as it had been planned. The record of the Spanish driver after this first week of the preseason is a total of 75 laps and a fastest time of 1:23.540.

Williams was absent today as well. The Grove-based team finished yesterday’s session earlier than expected due to a spectacular accident of young rookie Lance Stroll. The British team informed that, as a consequence of the collision, they had to change the chassis of the single-seater and were therefore forced to end the first test week immediately.

On the other hand, McLaren showed first signs of recovery today. After the several problems sustained since last Monday, today Vandoorne was able to make 67 laps, including a fastest lap of 1:22.576.  This light progression gives a little hope to see Fernando Alonso eventually lapping normally next week at the Circuit.

The honour of topping the timing sheets was today for Kimi Raikkonen (Ferrari) with a fastest lap of 1:20.872 clocked in the late afternoon with the sun shining strongly, on completely dry asphalt, which provided for conditions to make the most out of the soft tyre compound.  It was the Finn’s second day on the track and the second day in which he clocked the fastest time. These figures consolidate Ferrari as the only team that is able to face up to Mercedes, so far.

Red Bull still seems to be one step behind, although today, Max Verstappen was the fastest on wet tyres and second fastest in dry conditions, with a time of 1:21.769 and a total of 85 laps. The most active driver of the day was Frenchman Grosjean, the only one to lap more than one hundred laps, 118 to be precise, at the wheel of his Haas.

The engines have stopped roaring at 6 o’clock in the afternoon and will remain silent during the next four days. Activity will return to the Catalan track next week, on the occasion of the second and final week of the Formula One Test Days, from 7 to 10 March.

Come to the Circuit de Barcelona-Catalunya, from 7 to 10 May! 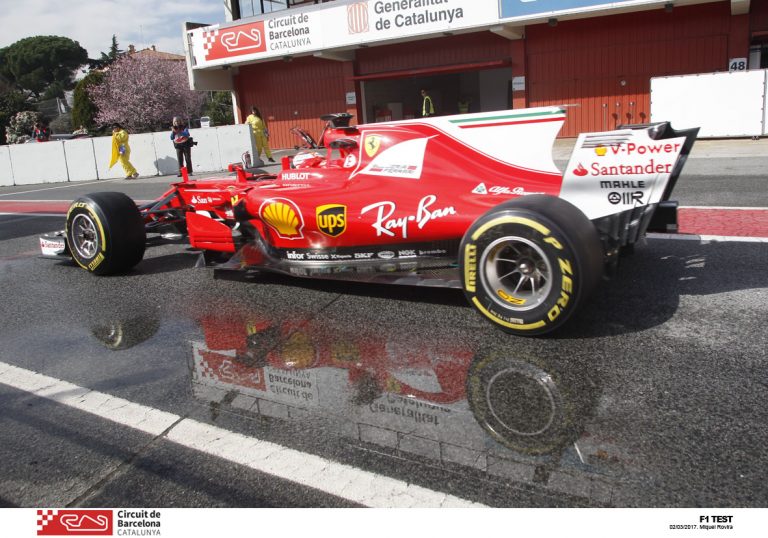 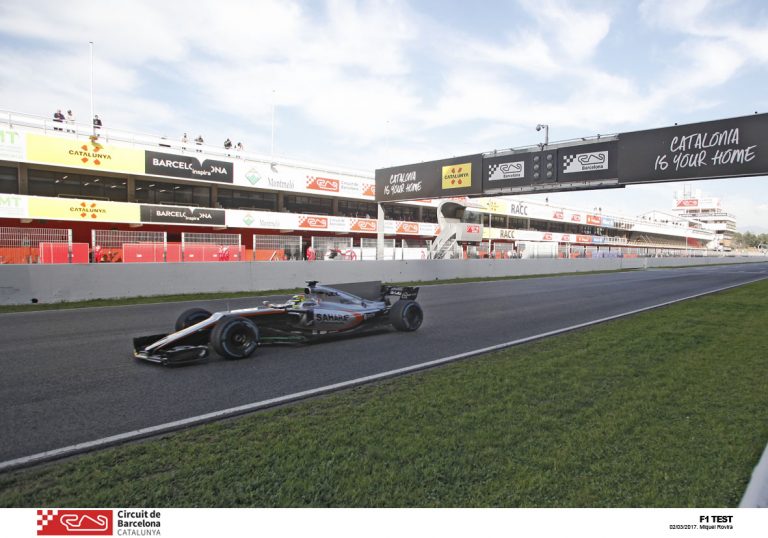 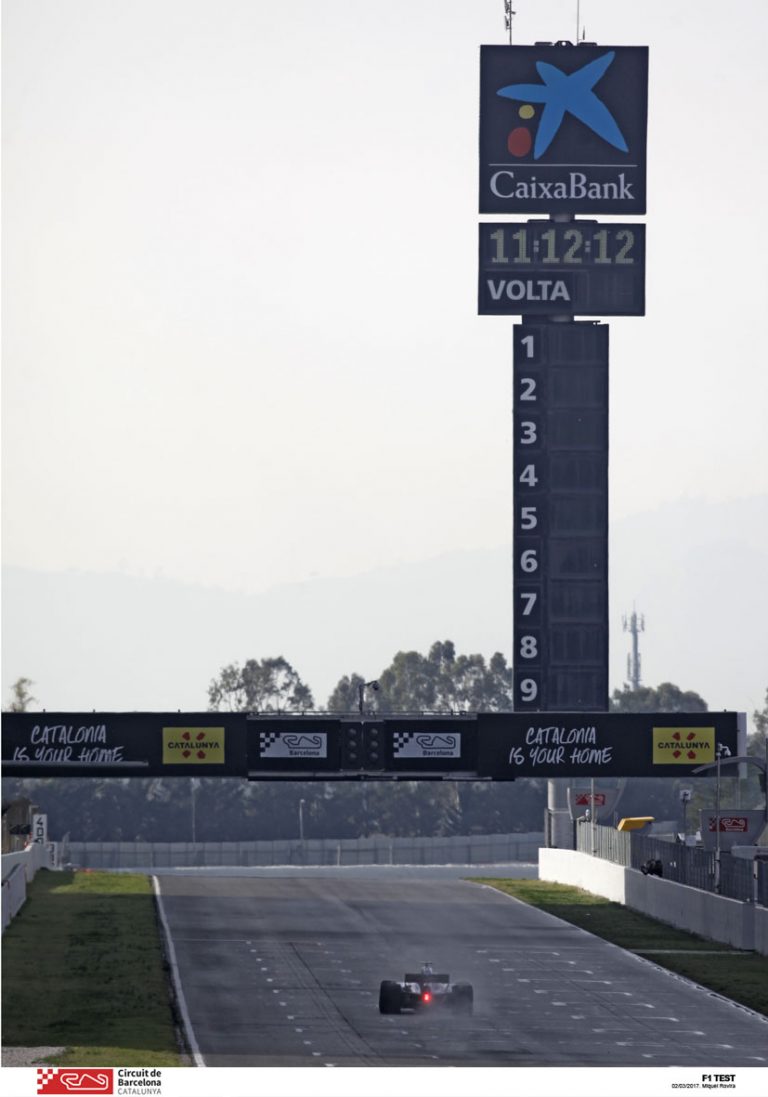 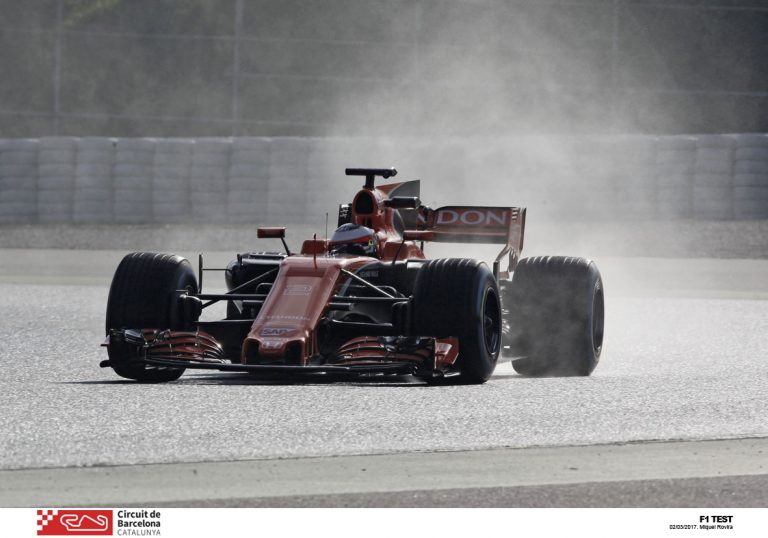 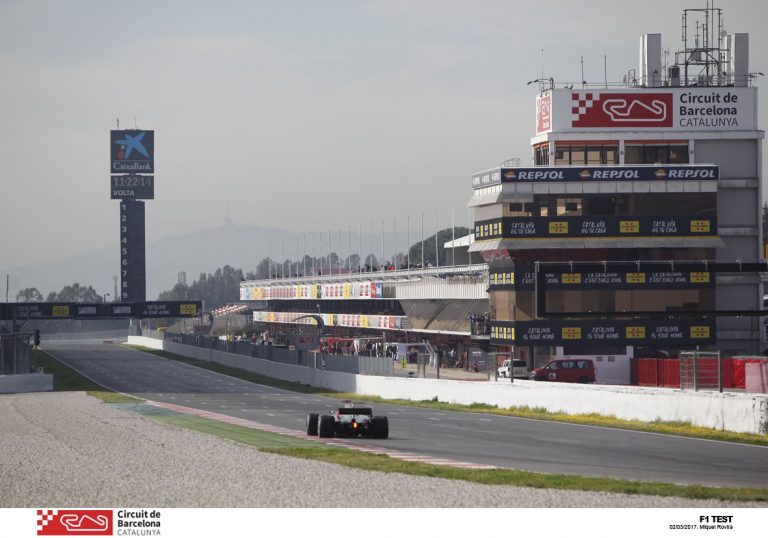 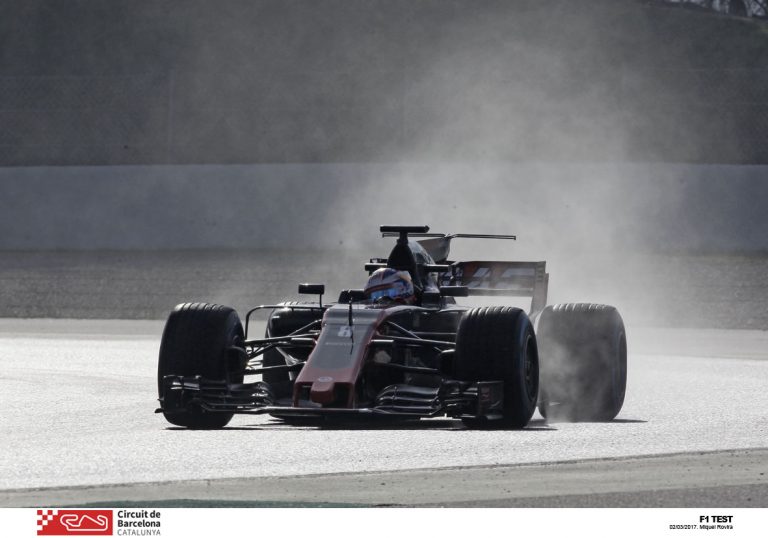 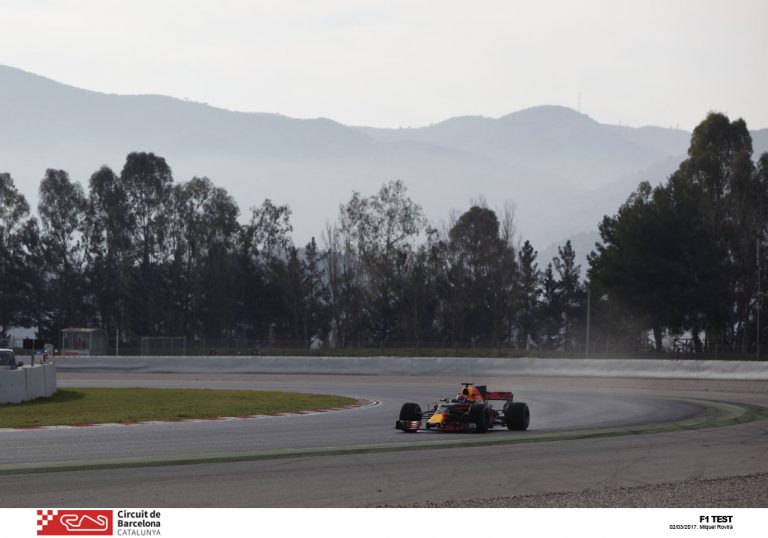 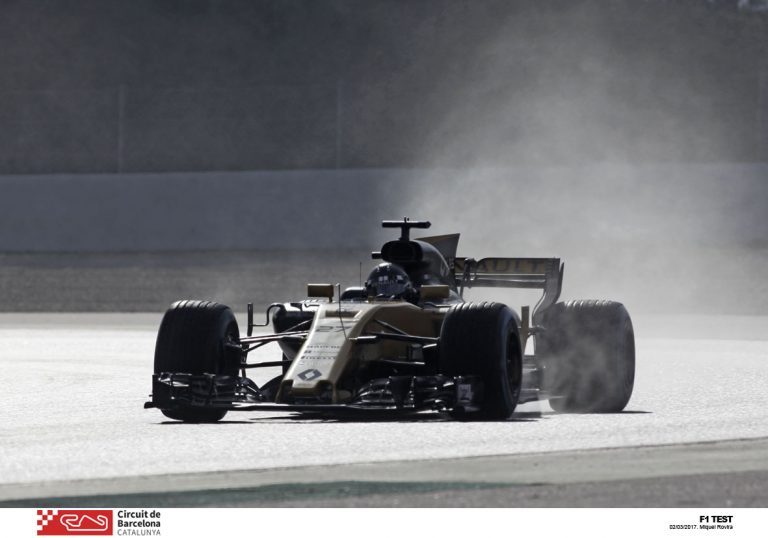 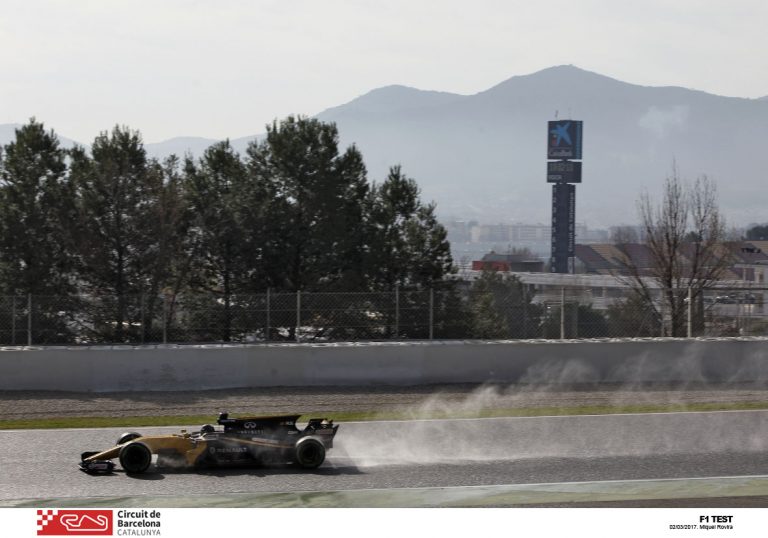 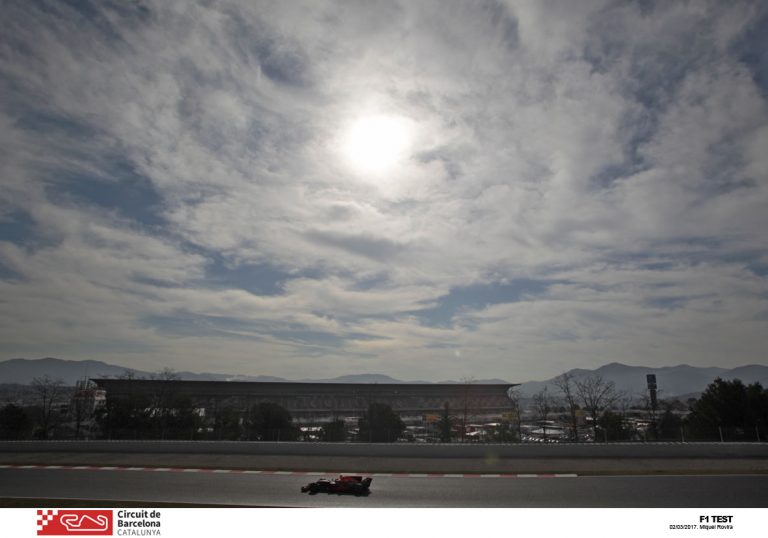 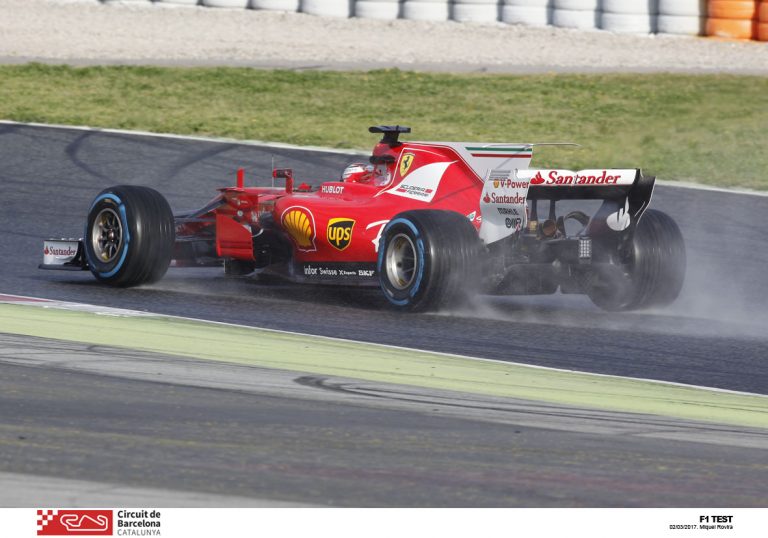 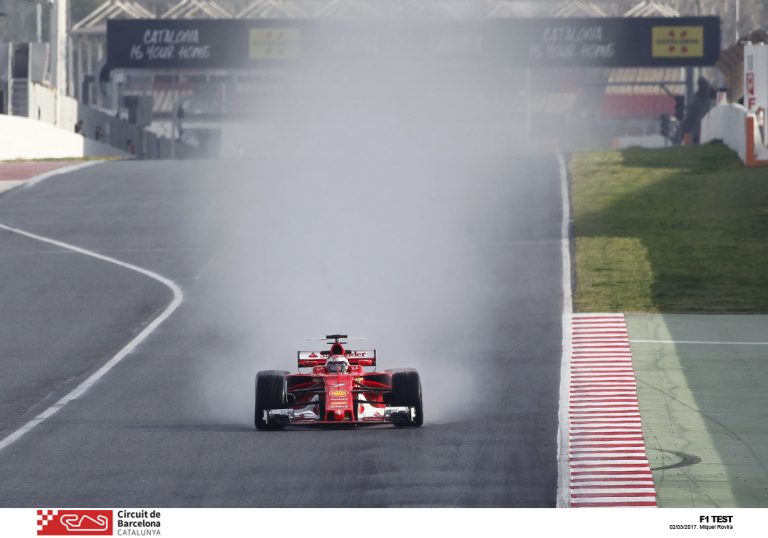 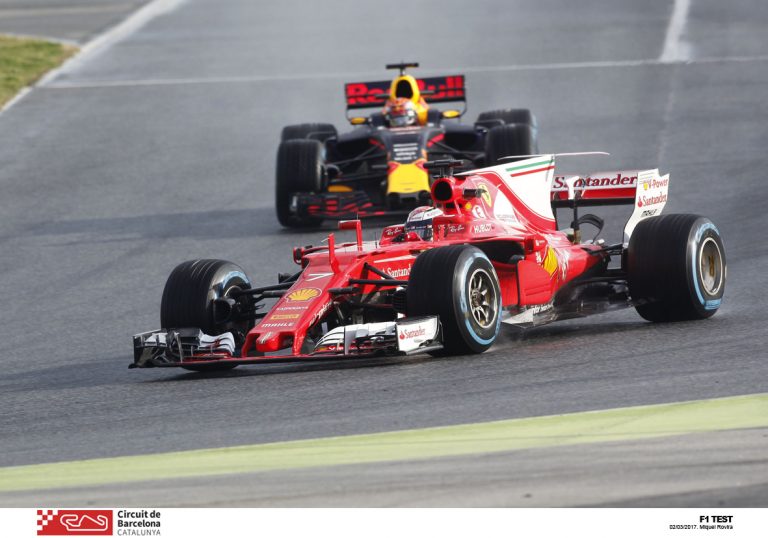 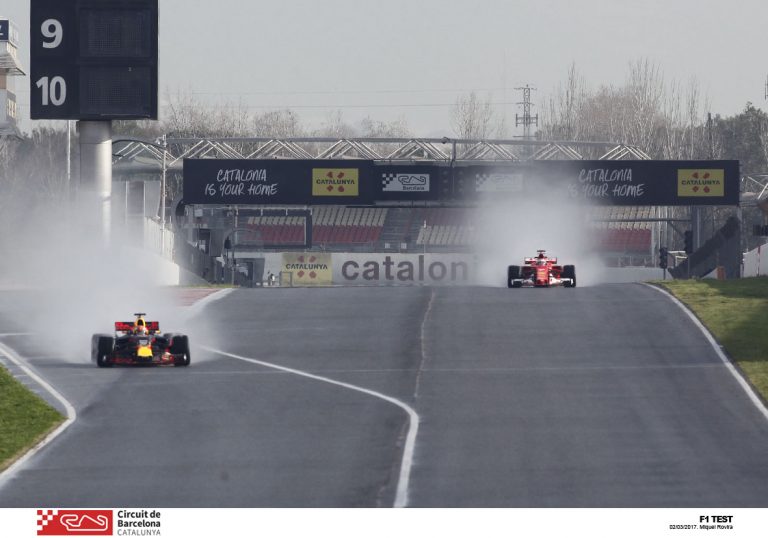 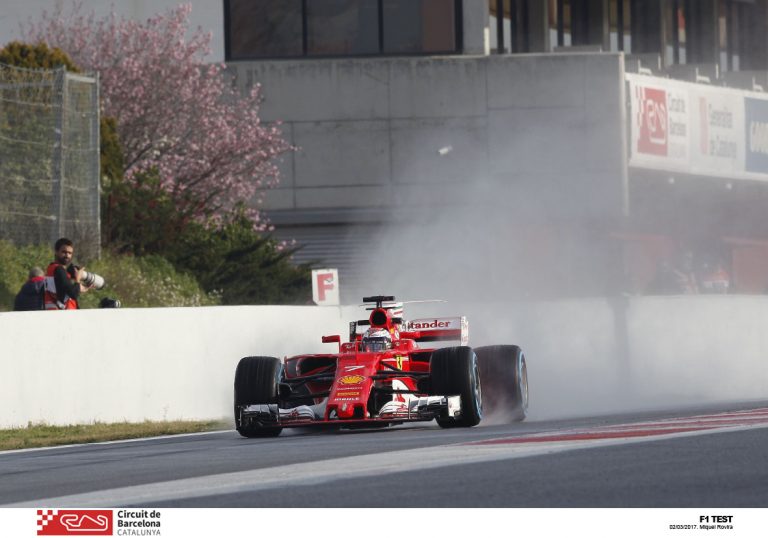 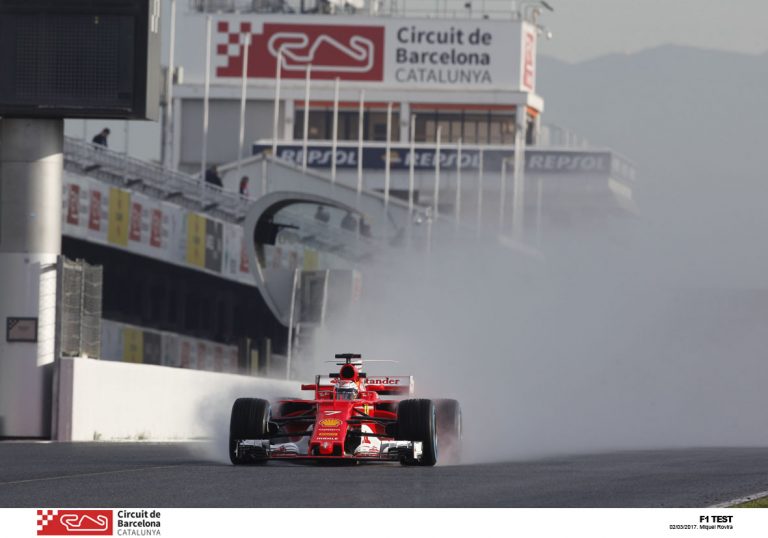 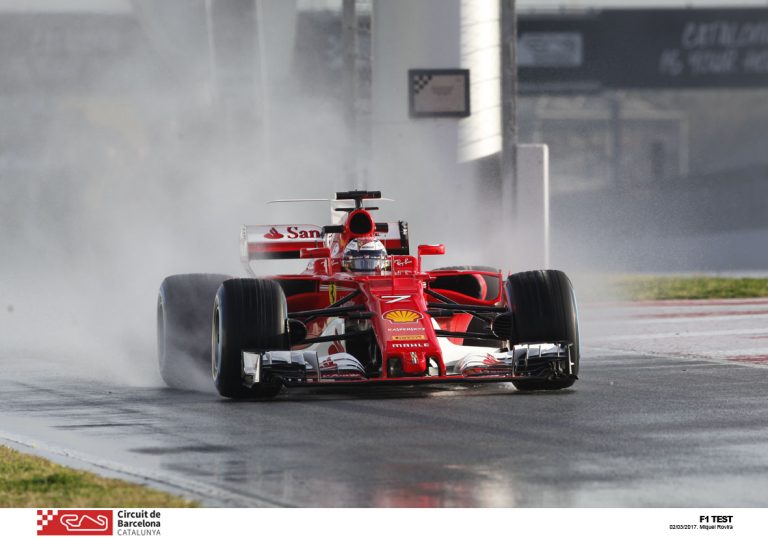 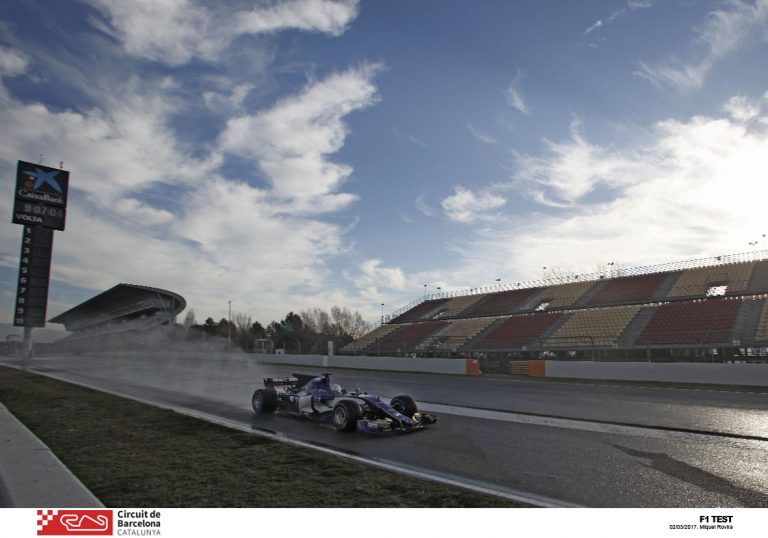 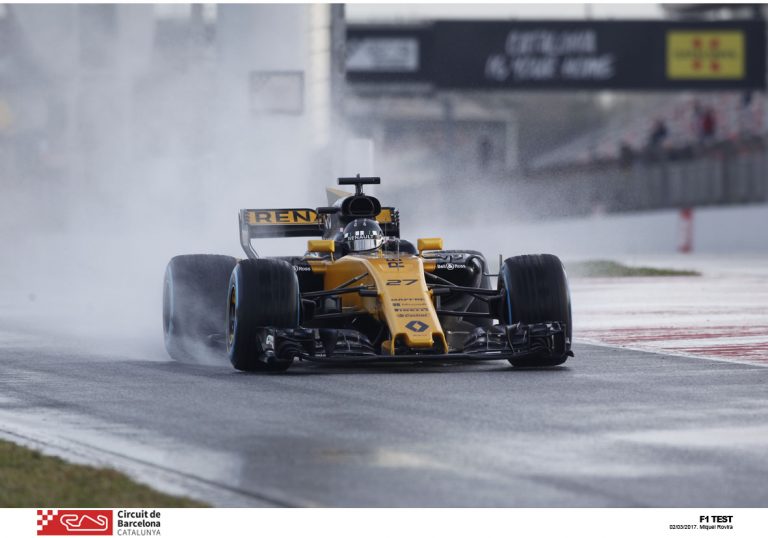 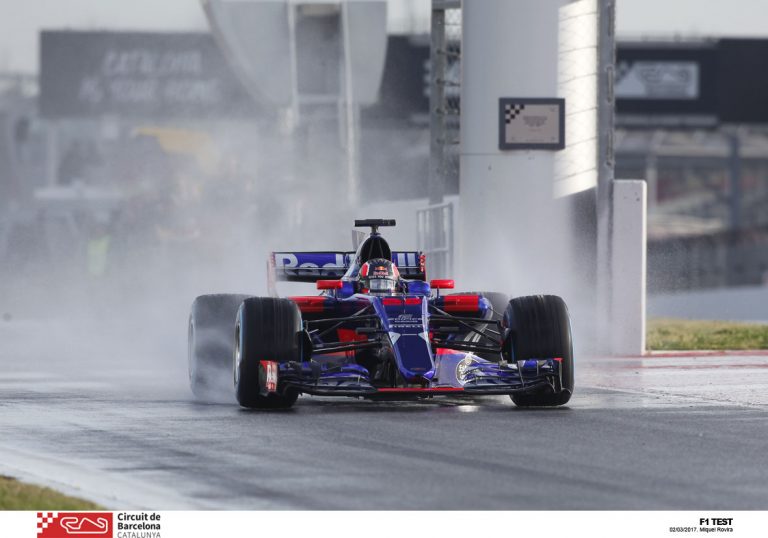 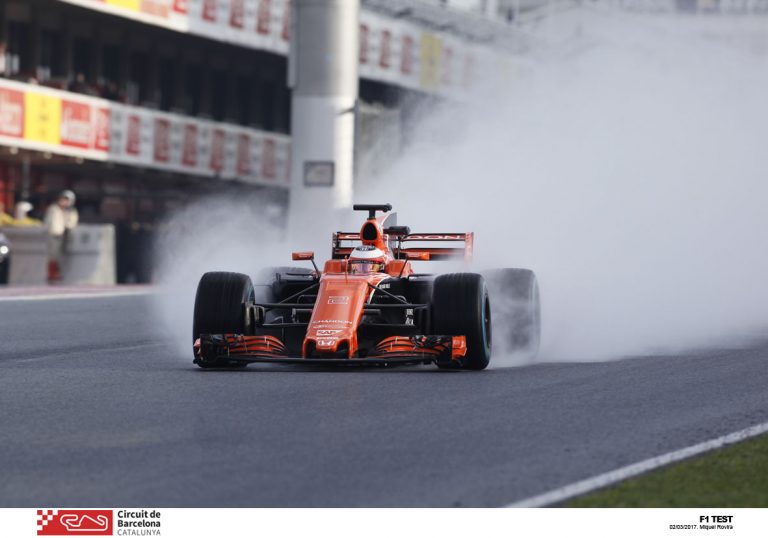 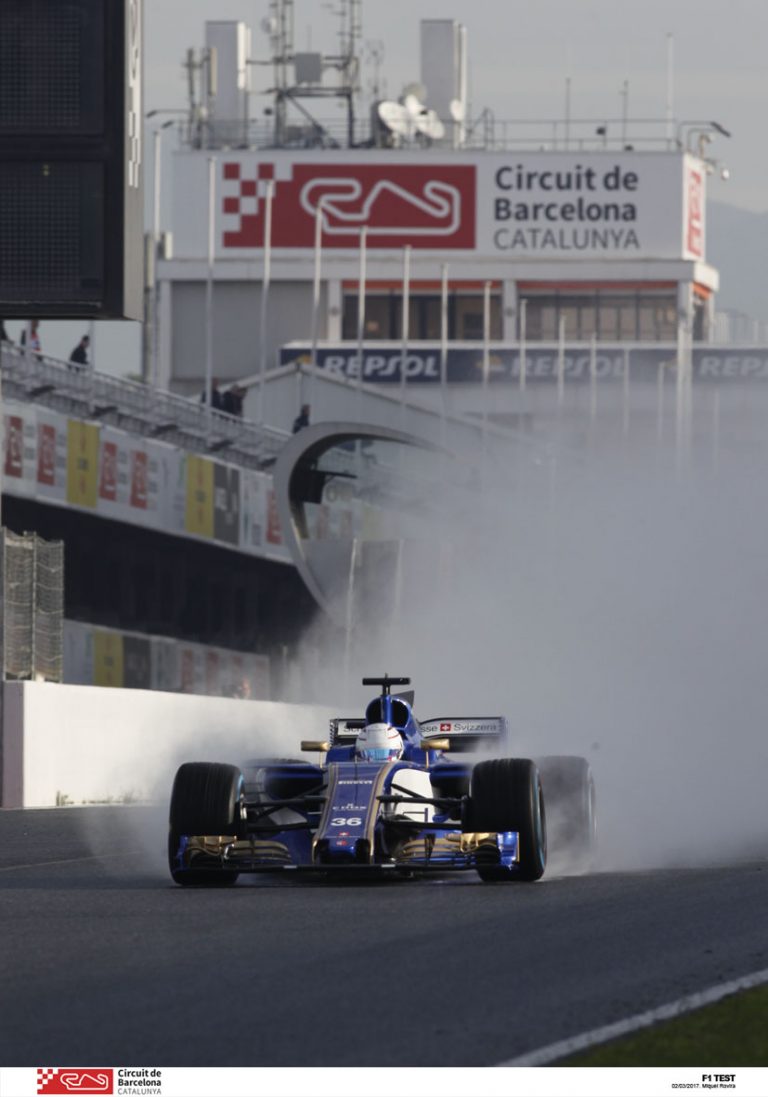 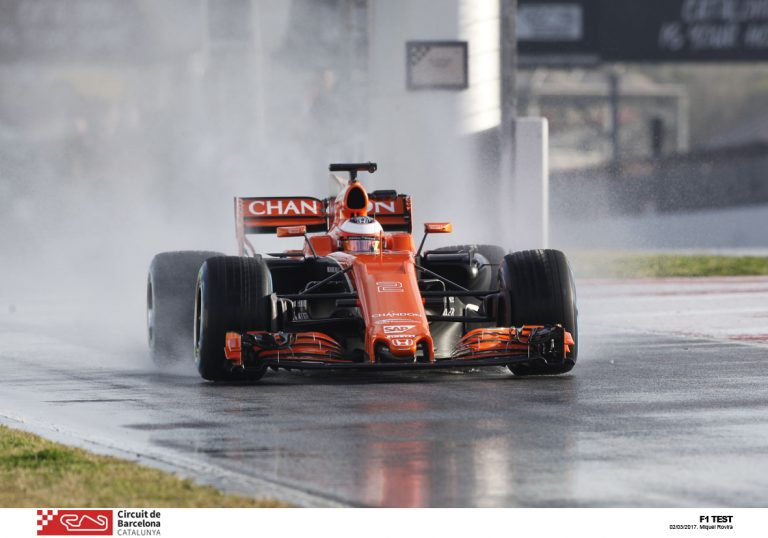 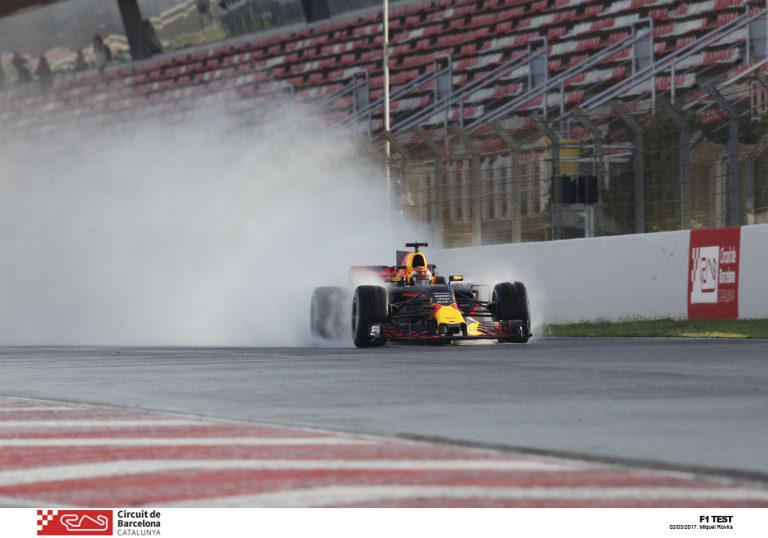 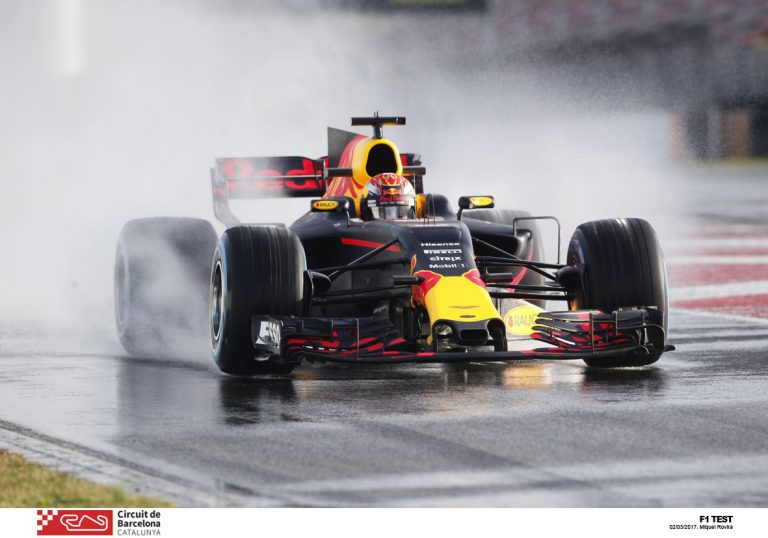 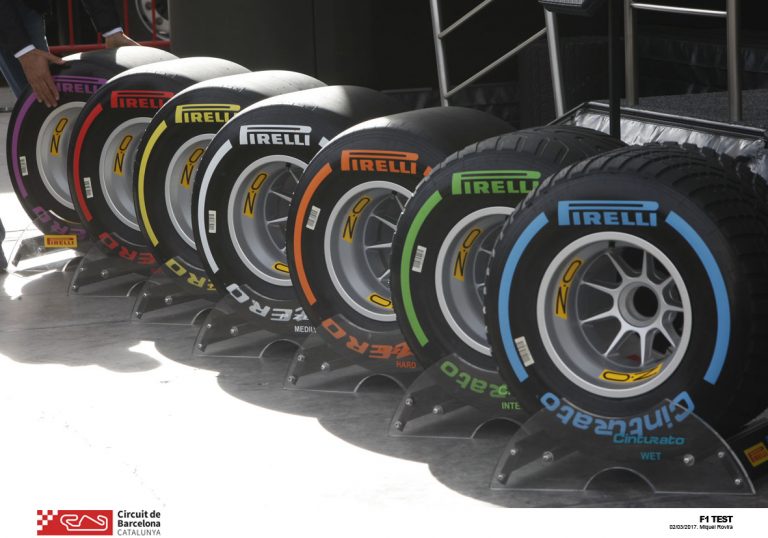 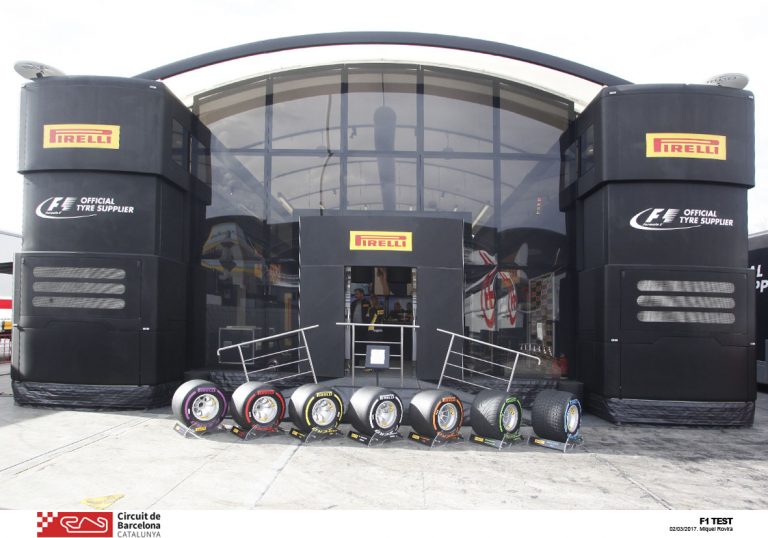 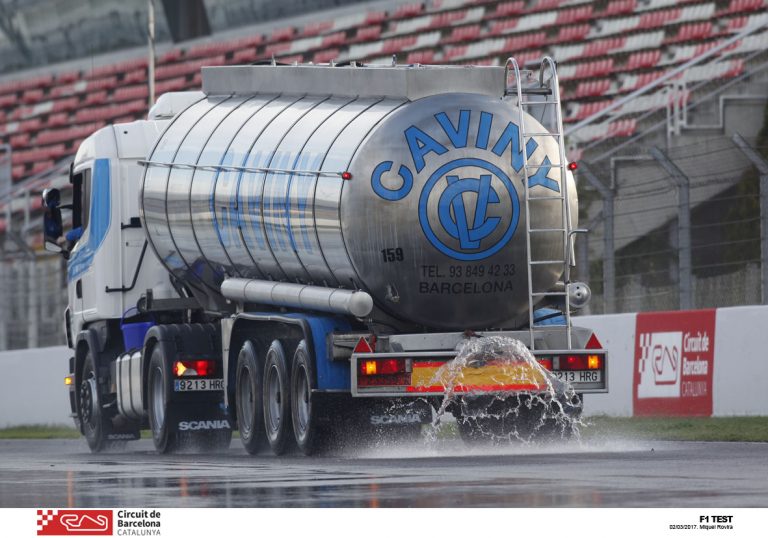 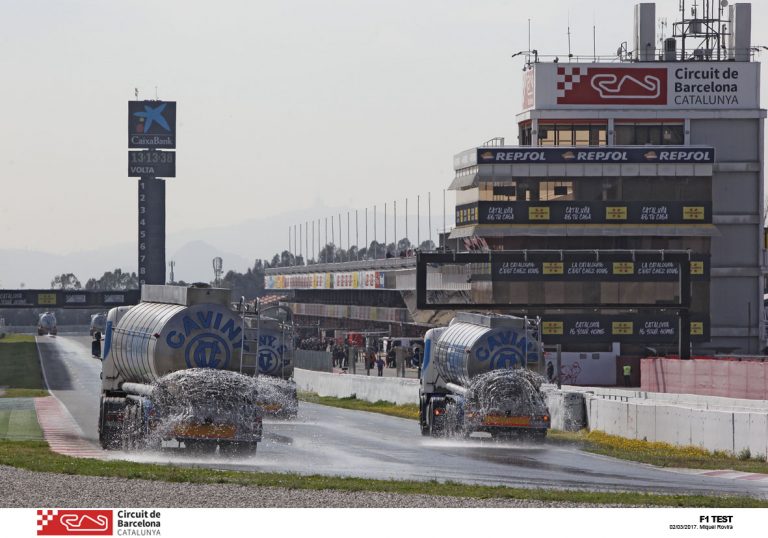 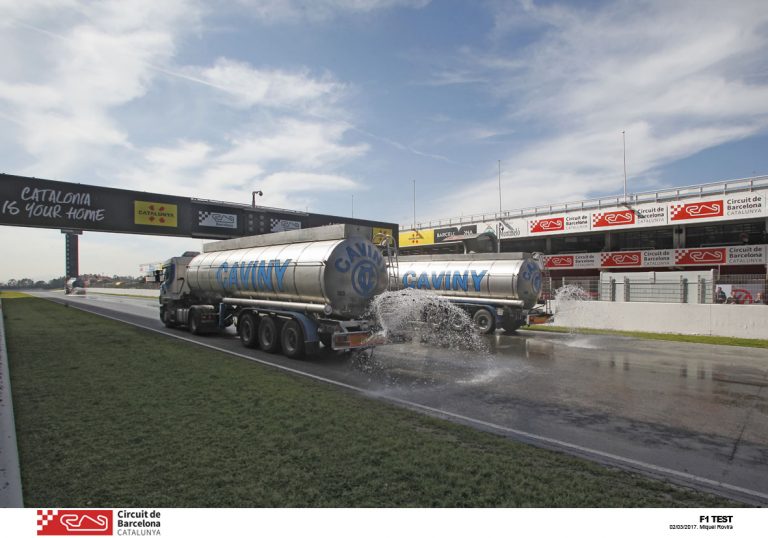