The British Mercedes driver clocks an impressive time, while Alonso is hardly able to lap due to problems with his McLaren.

The curtain rose today for Formula 1 at Circuit de Barcelona-Catalunya today with the first preseason test day. Time has finally come to watch the new single-seaters in action and, clock in hand, it seems clear that the regulation changes will provide for a thrilling 2017 World Championship. Good proof of it is the fact that the best time clocked during last year’s tests was literally smashed by one second. The fastest driver on Monday was Lewis Hamilton (Mercedes) with a spectacular time of 1:21.765.

There was top expectation at the Catalan racetrack to watch for the first time the cars that promised so many changes in action. It is obvious that they are bigger and that they offer striking innovations in terms of aerodynamics in their flaps and diffusers. The Pirelli tyres are wider and the sound of the engine is much more racing type.

All of these novelties are aimed at increasing the performance and, especially, attracting a larger amount of spectators. But if there is something that has become more than evident is that the single-seaters are much faster this year. During the sunny morning, Sebastian Vetter (Ferrari) already clocked promising 1:22.791 on medium tyres and other two drivers, Valtteri Bottas (Mercedes) and Sergio ‘Checo’ Pérez (Force India) finished their fastest lap in 1:23.

But the final confirmation that in 2017 the cars will be flying over track came in the afternoon, with Hamilton clocking 1:21.765 on soft tyres. This time is exactly one second faster than the fastest time of the 2016 preseason and even faster than the time clocked by the British driver to get the pole position at the FORMULA 1 GRAN PREMIO DE ESPAÑA 2016 (1:22.000).

But Hamilton was not the only one to be faster than usual. Sebastian Vettel (Ferrari) and Felipe Massa (Williams) were lying in wait. The German clocked 1:21.878 on medium compounds and the Brazilian 1:22.076 on soft tyres.  During the last few minutes of the day, Kevin Magnussen (Haas) joined the party with 1:22.894.

This frantic activity on the track was followed by Spanish driver Fernando Alonso (McLaren), first from the pit garages and later from the hotel. In the morning, the Spaniard was only able to make one lap, since the engineers detected an oil leak that kept the great-looking MCL32 inside the garage until past four o’clock in the afternoon, when they finished changing the power unit. As a consequence, his time on the track was reduced to approximately two hours, which Alonso used to clock a fastest lap time of 1:24.852 and make a total of 29 laps.

At the end of the session, the driver, born in Asturias, explained “after the first lap they told me that they had to change the power unit, and that was the end of the first test day, since we were not able to make any quality lap in the afternoon either. We were just able to check that everything was working well. In the meantime I went to the hotel to work out at the gym and play some tennis. I feel sorry for the fans, but we should not get frustrated and believe in that the team is going to find the solution and that we are going to be able to recover the time lost in the next few days”.

His fellow countryman Carlos Sainz took the new Toro Rosso onto the track with constantly improving results and a final balance of 51 laps and the 8th fastest time of the day (1:24.494) on medium compounds. The Madrid-born driver was happy with the performance of the car, despite having to admit certain problems: “We had a few mishaps, which are typical for the first test day, so we were not able to make as many laps as we had wanted to. The cars is a step forward compared to last year, you feel it right after getting onto the track, with more aerodynamic load and more grip. We are not going to take any risks this week, because the aim of the team is to cover as many kilometres as possible”.

Despite clocking the 5th fastest time (1:22.926), Daniel Ricciardo (Red Bull) did not have a comfortable debut. Before completing the first hour of the session, the new RB13 stopped between Turn 3 and 4 of the Circuit due to an alert coming from one of the sensors, as confirmed by the team. The Australian managed to get back onto the track in the afternoon, and was able to cover 50 laps despite some battery problems. This figure is clearly below the 128 laps made by Vettel or the 152 total laps made by Mercedes with Bottas in the morning (79) and Hamilton in the afternoon (73).

It seems clear that in these very early stages, Mercedes and Ferrari are not only the fastest teams but also the most reliable ones. They will try to confirm it tomorrow during the second preseason day at Circuit de Barcelona-Catalunya with activity on the track from 9 to 13h and from 14 to 18h.

The tickets for the Formula One Test Days can be purchased on the Circuit website for 18 euros. All those who have already purchased their tickets for the FORMULA 1 GRAN PREMIO DE ESPAÑA 2017, to be staged from 12 to 14 May, have free admission to the tests, as well as Circuit Members and Officials.

Box offices and Gates 1 and 3 will open at 9 o’clock in the morning and the car parks to be used are A and IN6. Spectators will be able to follow the activity on the track from the Main Grandstand and Grandstands I, F, H and G.

Tomorrow, Tuesday, at midnight, will be the end of the second pre-sale period of tickets for the FORMULA 1 GRAN PREMIO DE ESPAÑA 2017. Until tomorrow, the tickets may be purchased with a 10% discount from 49 euros. From 1 March onward, the ticket prices will start from 55 euros.

All the details you need to know about this unique event. 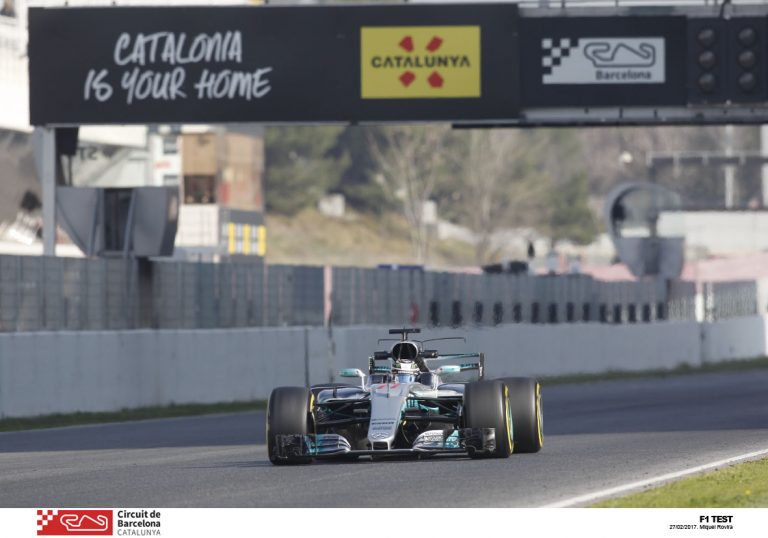 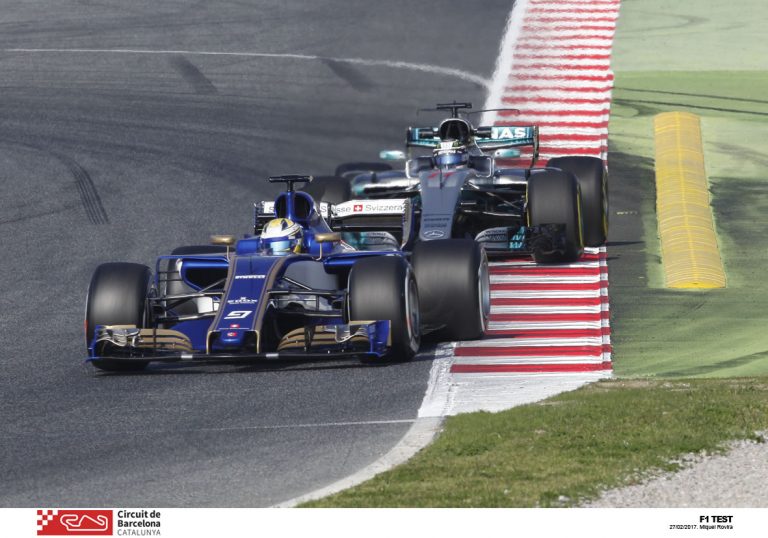 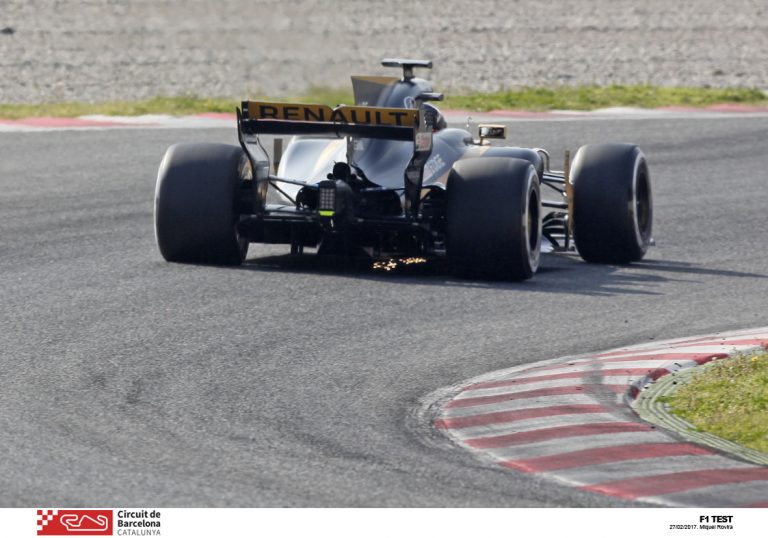 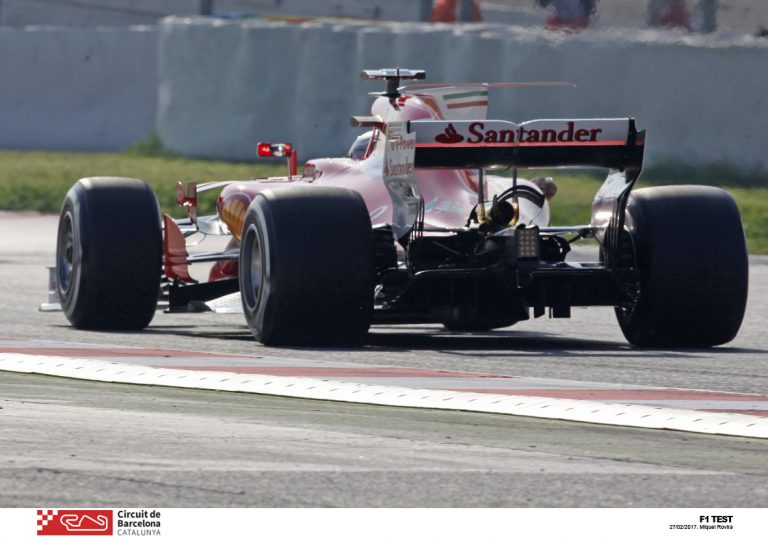 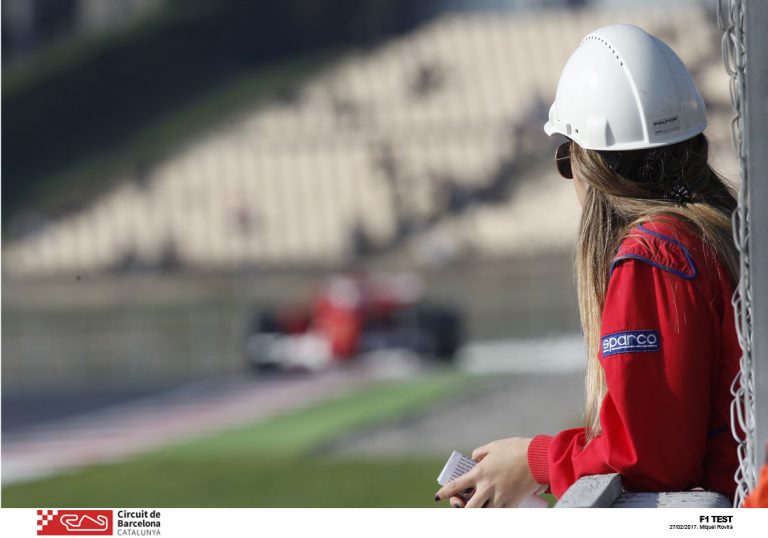 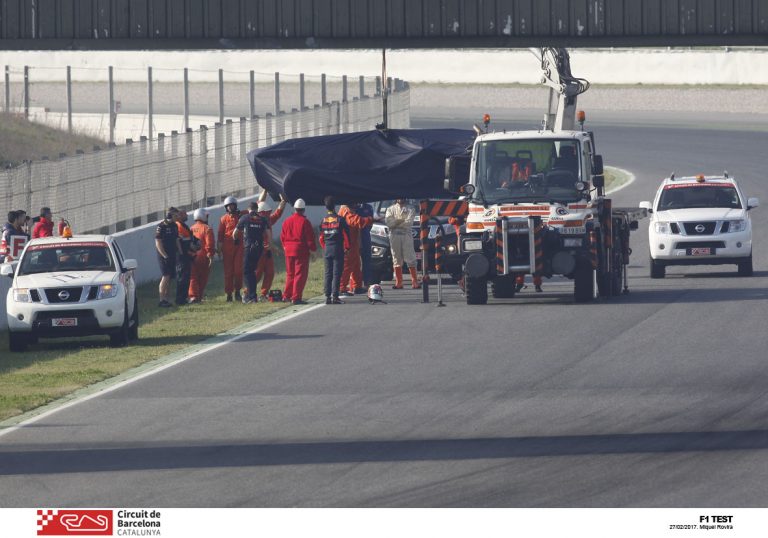 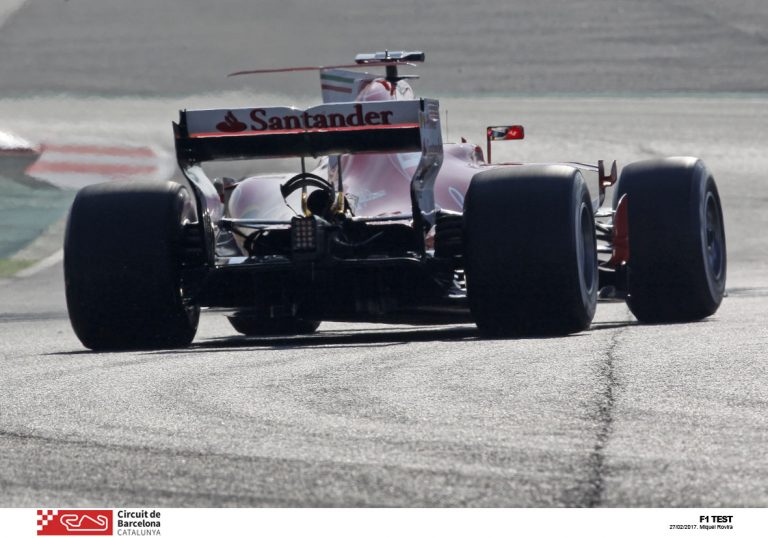 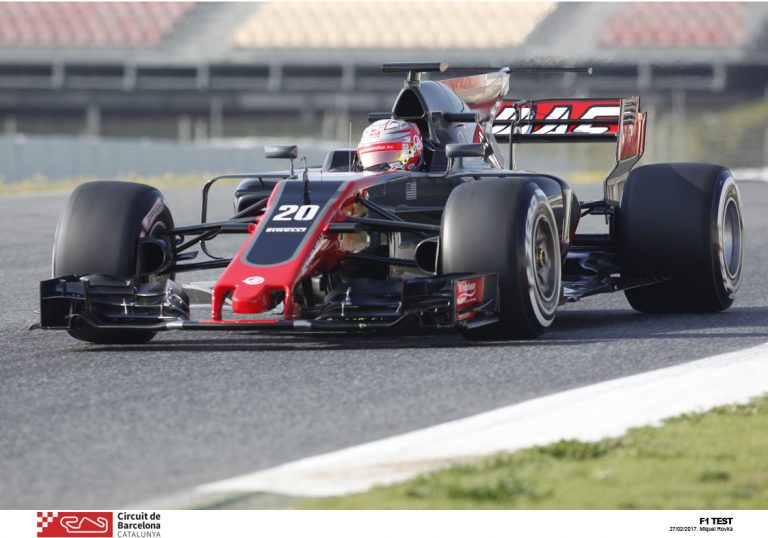 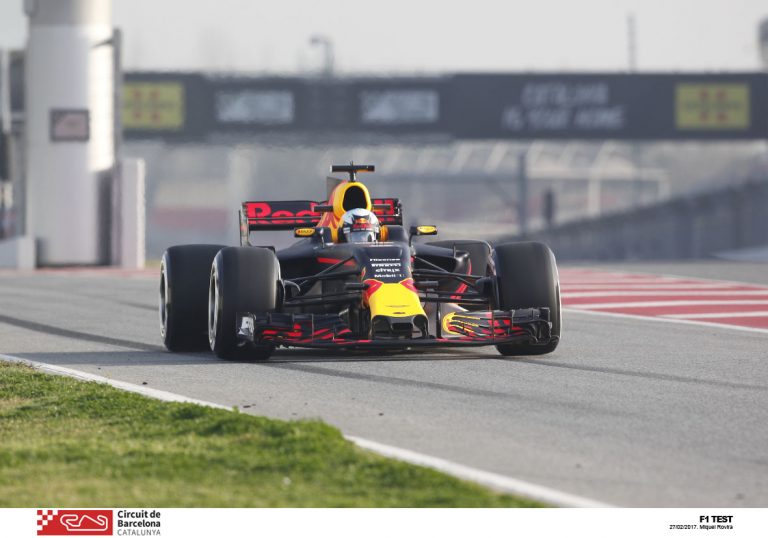 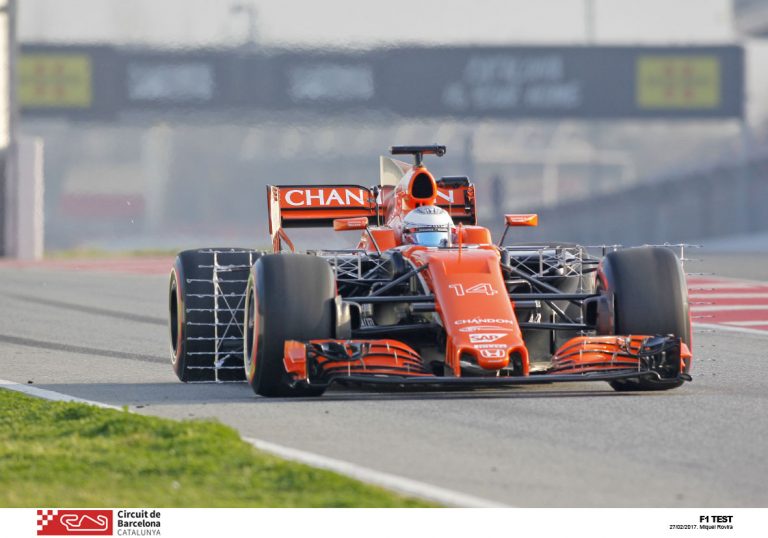 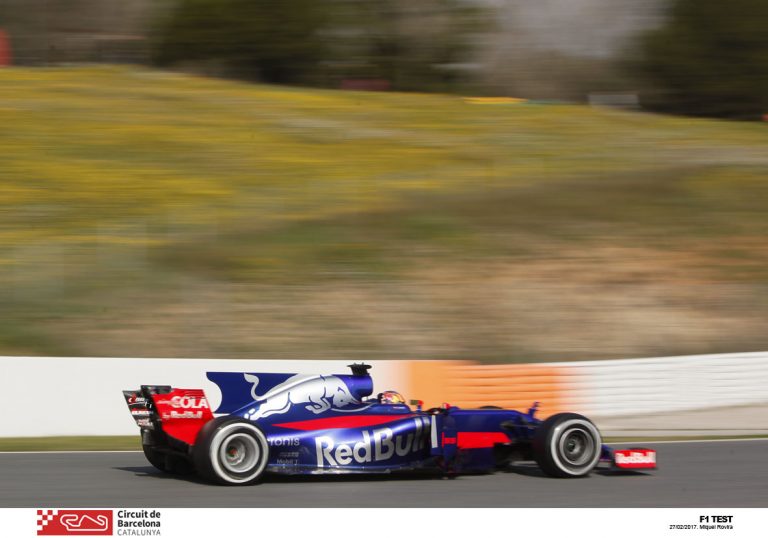 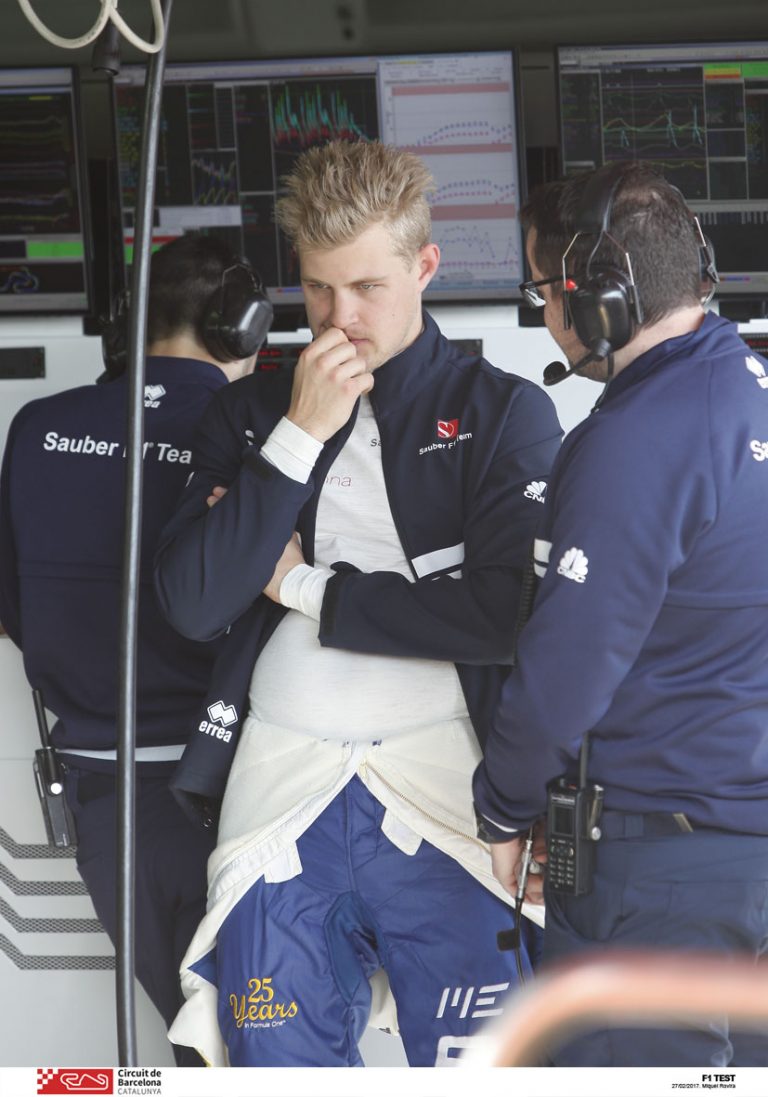 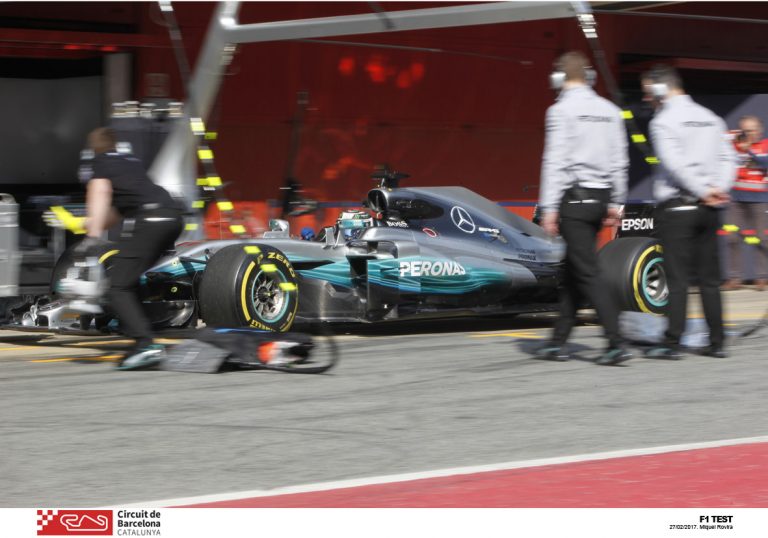 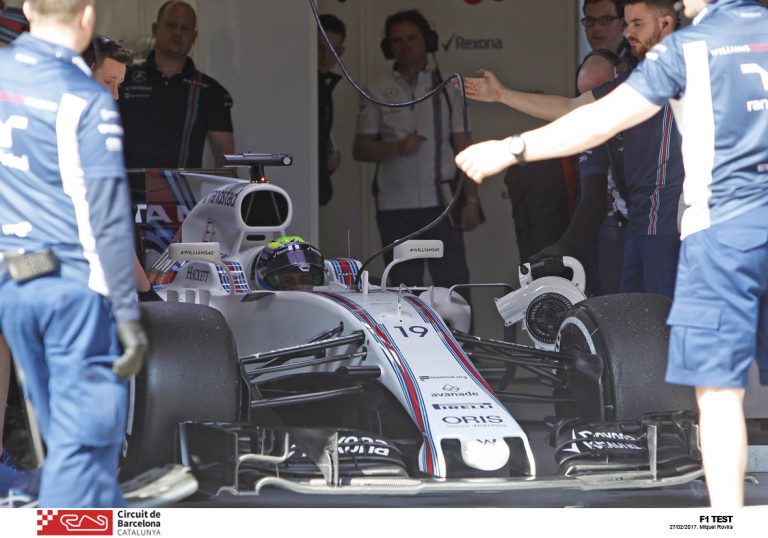 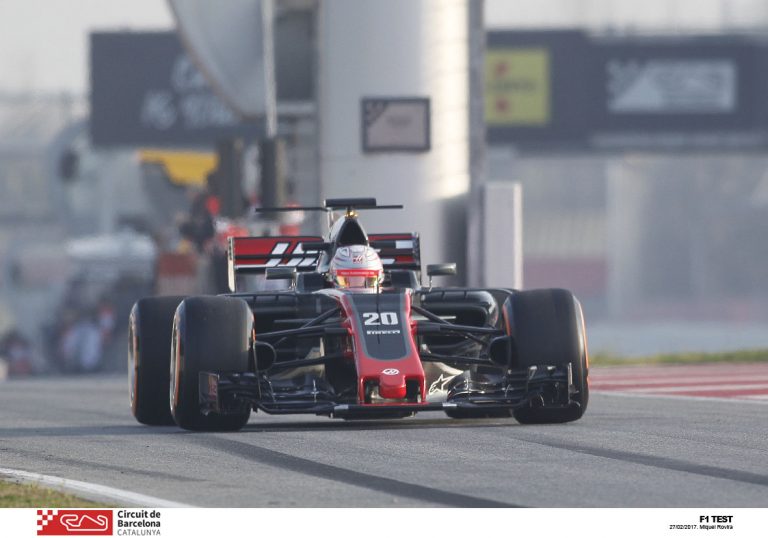 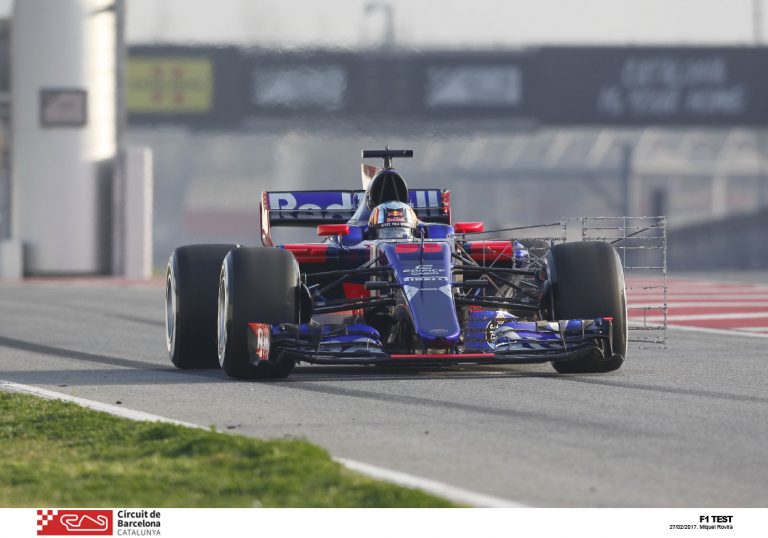 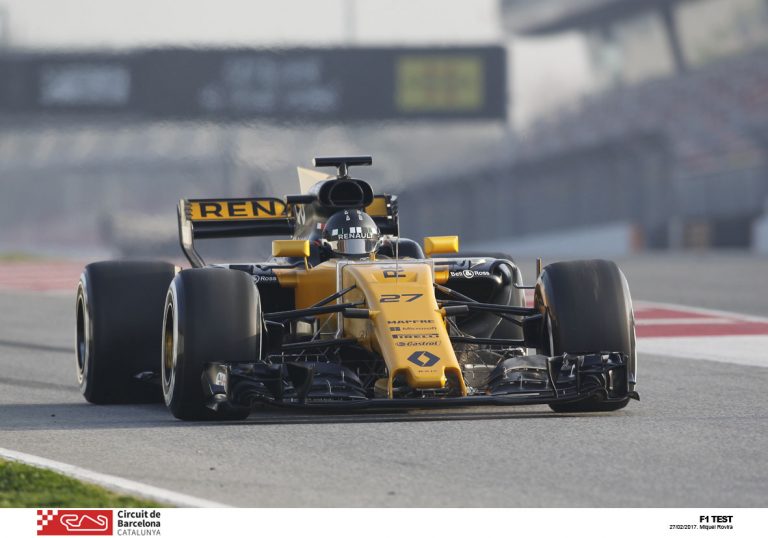 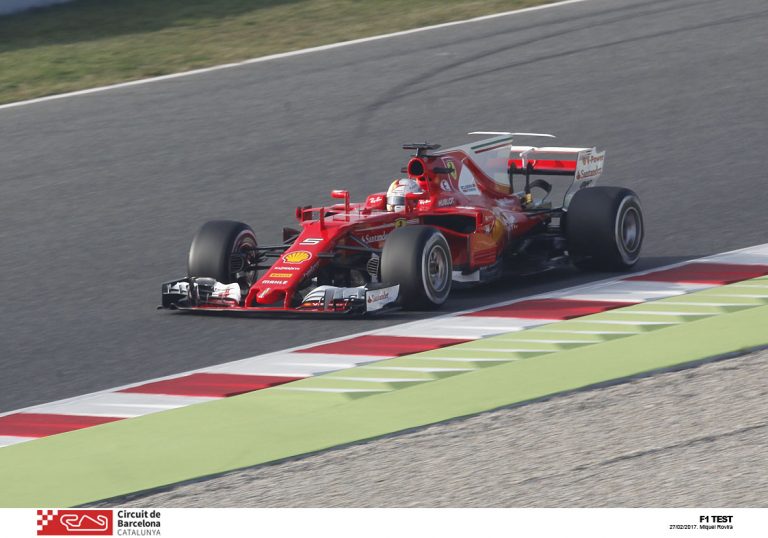 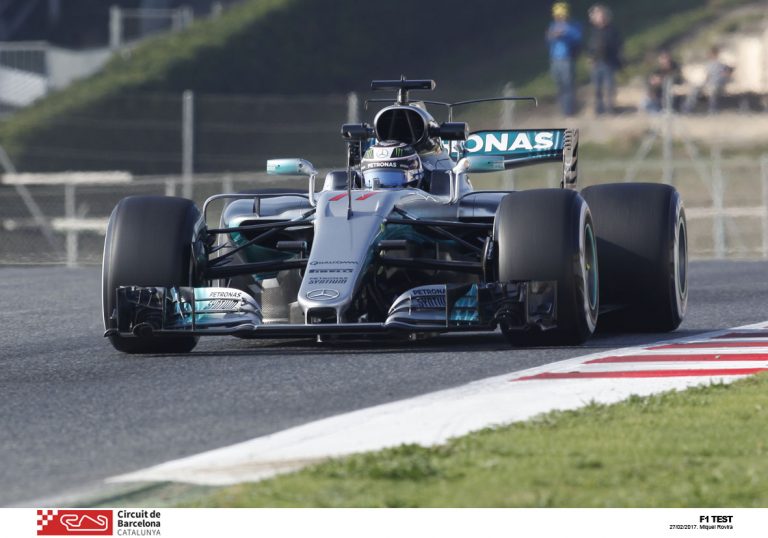 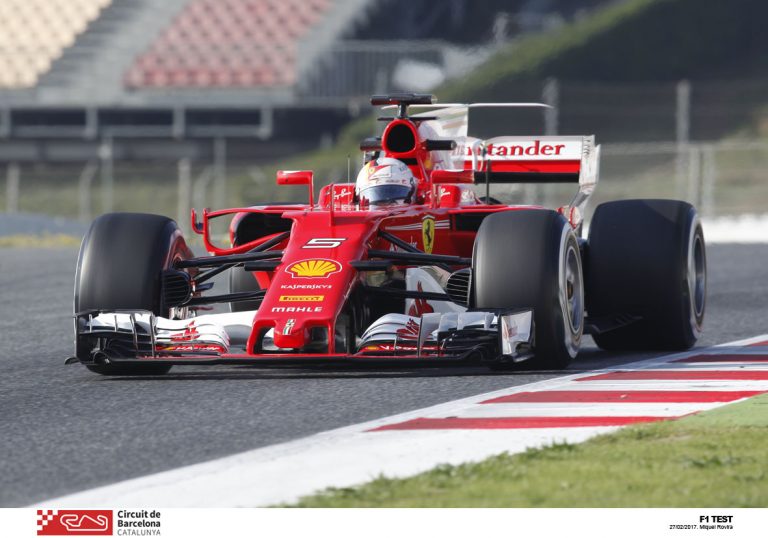 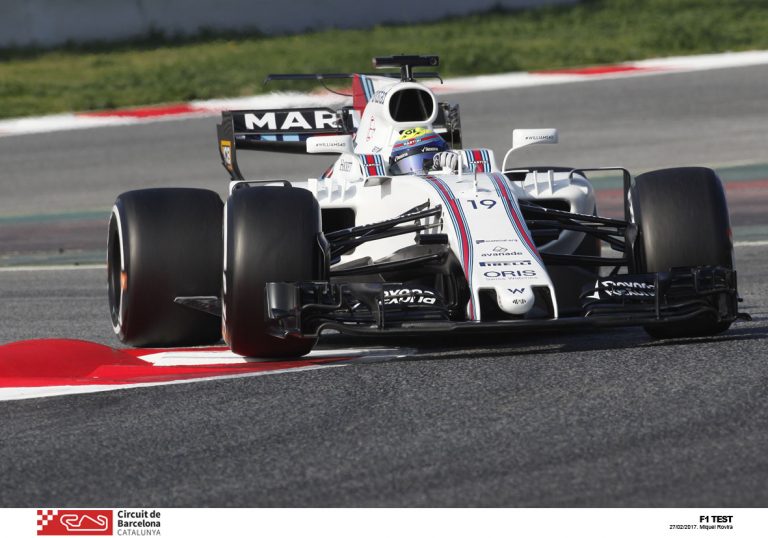 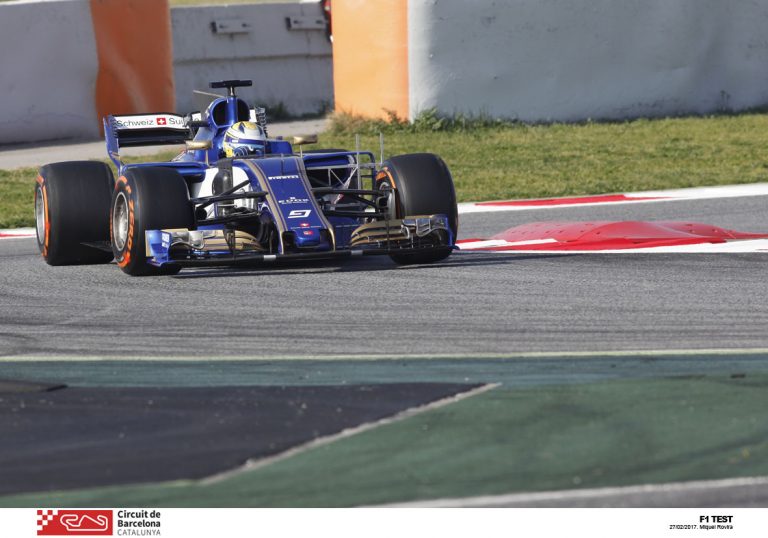 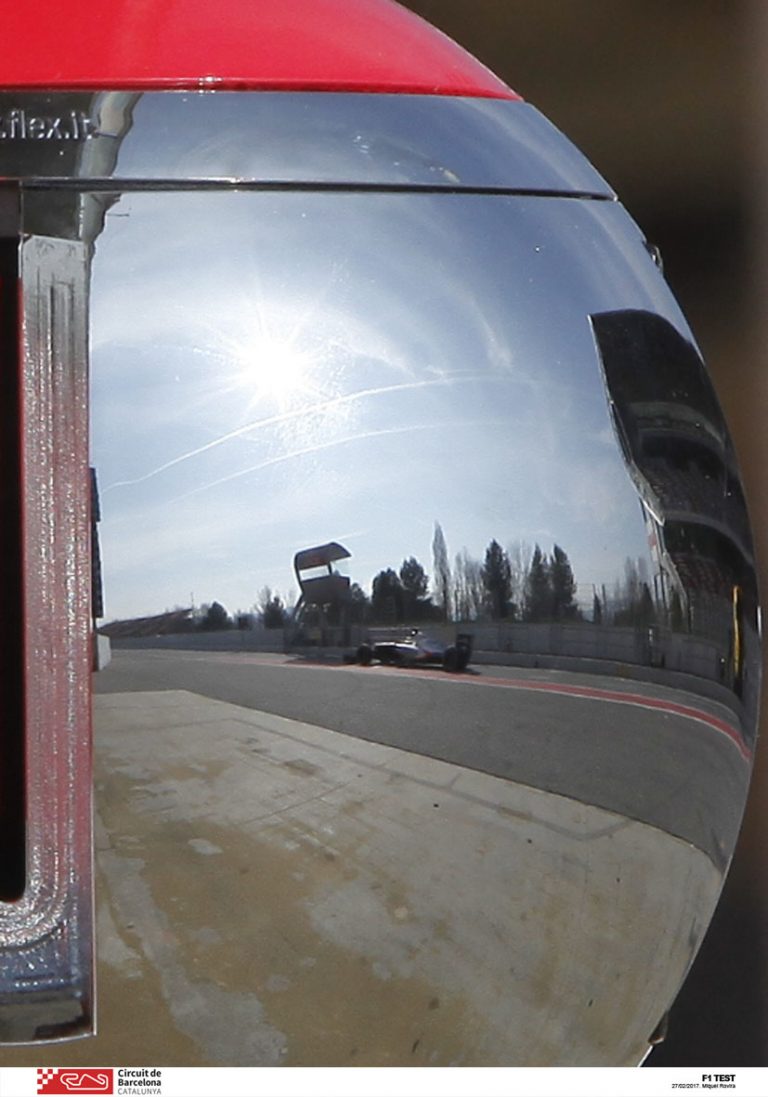 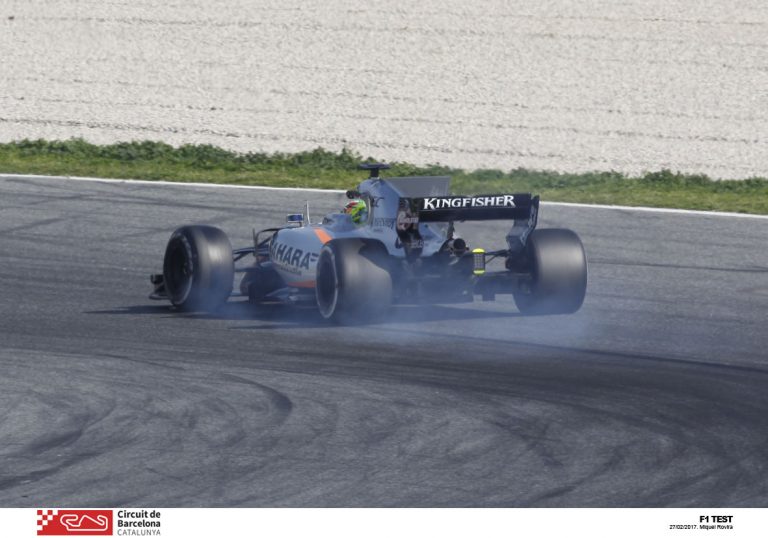 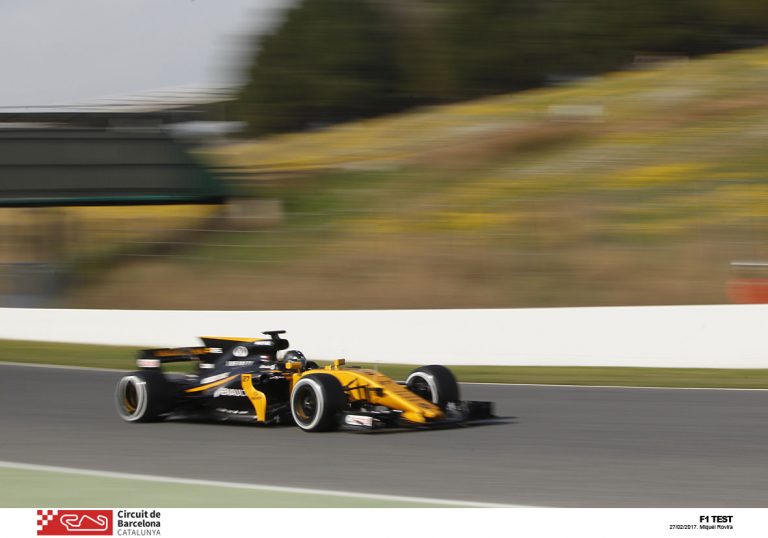