Ferrari crush the clocks and intimidate their rivals
Menu

The Formula 1® preseason faces the final straight, and the teams speed up to reach the first Grand Prix with their homework done. Therefore, the penultimate day of the winter tests staged today at Circuit de Barcelona-Catalunya became the fastest day with clocks almost one second faster than the best time set during the tests so far. The author of the new provisional record was Charles Leclerc, who ‘flew’ with his Ferrari to sign a stratospheric 1:16.231.

Even though the Scuderia had experienced one of the worst of these F1® Test Days yesterday, after Sebastian Vettel went off the track, today they showed their ability to react quickly. All the work done by the Italian technicians took effect and the SF90 worked like clockwork today. Thanks to it, young Charles Leclerc was able to make a total of 138 laps and break the winter record several times. Eventually, he clocked, the time to be beaten, 1:16.231, during a qualifying simulation on Pirelli’s ultra soft C5 tyres.

The young Monegasque driver described the day as “positive”, although he explained that his excellent time does “not mean anything” reminding that “just as all the other teams, we are not yet giving it all. There is still room for improvement and, although I still have to learn, I feel more comfortable with every lap I make. The season looks good so far.”

With his extraordinary time, the young Ferrari talent, improved the 1:17.144 set yesterday by Carlos Sainz and his McLaren by almost one second. In fact, four drivers were able to improve that time today. In addition to Charles Leclerc, Alexander Albon (Toro Rosso) with 1:16.882, Lando Norris (McLaren) with 1:17.084 and Pierre Gasly (Red Bull) with 1:17.091, all of them on ultrasoft tyres, were able to do it, during a very warm morning session, with good track conditions and a total lack of interruptions.

In the afternoon, the activity was stopped three times due to red flags. The first was shown after Pierre Gasly went off track at turn 9, leaving his Red Bull out of the game, after 65 laps. The other two were shown due to technical mishaps in Lance Stroll’s Racing Point and the Ferrari of hyperactive Leclerc, during the last few minutes. Haas had also some issues after the lunch break, to be precise in the exhaust system, so that Romain Grosjean was only able to make 16 laps.

Mercedes haven’t shown their cards yet. This morning, Lewis Hamilton was the most active driver at the Circuit, with a total of 85 laps. Most of them were made on intermediate compounds, and therefore his final tenth position, far behind the leading times, was no surprise. In the afternoon, the champion gave the wheel over to Valtteri Bottas, although the team continued with the same strategy, with average times, but no less than 97 laps in 4 hours.

Off the track, Carlos Sainz turned today into the big protagonist, showing his most supportive side. The Spanish driver took part, for the fourth year in a row, in a charity tour around Circuit de Barcelona-Catalunya.  A reduced group of fans from eleven different nationalities was able to meet the Spanish driver, take pictures with him and ask him for autographs. The initiative was able to raise 2,200 euros for the Juegaterapia foundation that works in order to improve the lives of children with cancer.

Tomorrow, Sainz will be again at the wheel during the eighth and last of the F1® Test Days. Fans will have the last chance to watch the single-seaters in action, before the start of the world championship. The Catalan track will gather again the 10 teams on the asphalt, from 9 to 13 h. and from 14 to 18 h. The access is free for holders of a ticket for the FORMULA 1 EMIRATES GRAN PREMIO DE ESPAÑA 2019, as well as for Circuit Members and Officials. The rest of fans have very attractive ticket modalities that include from guided tours to paddock access. 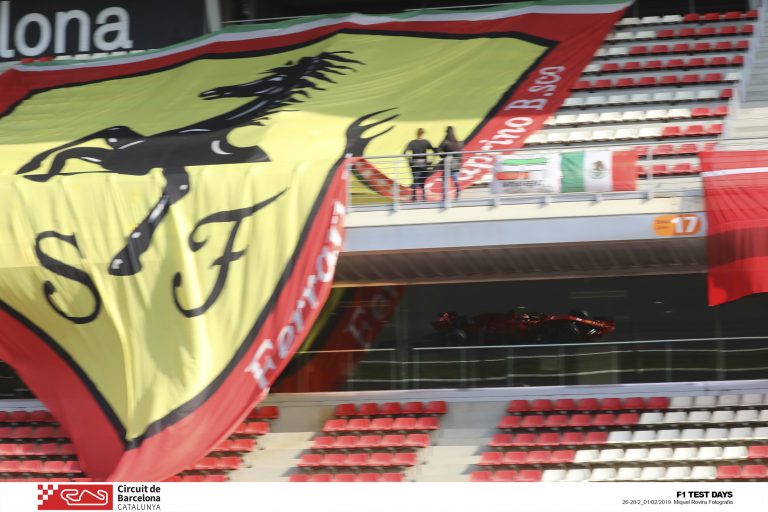 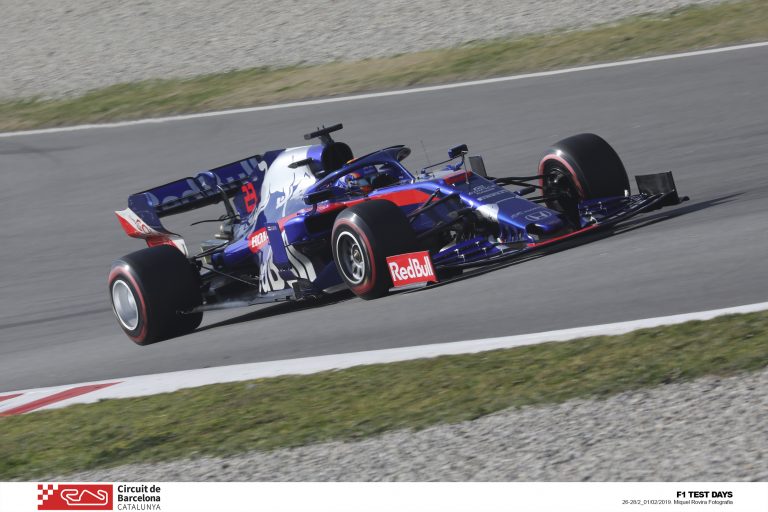 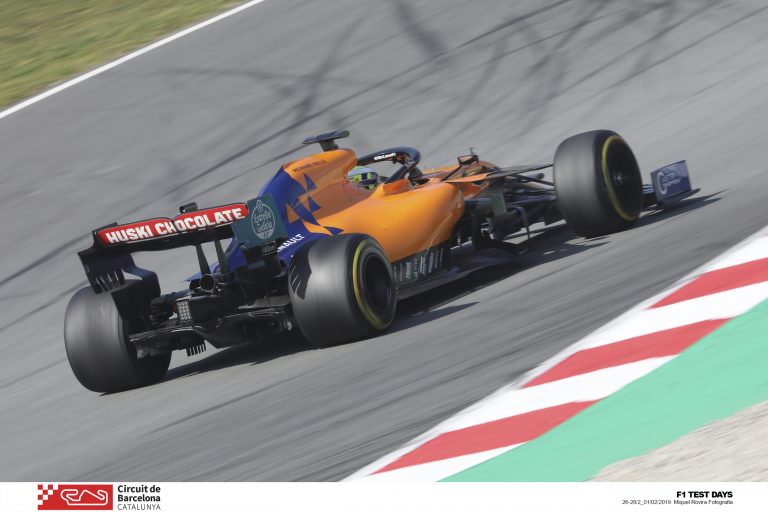 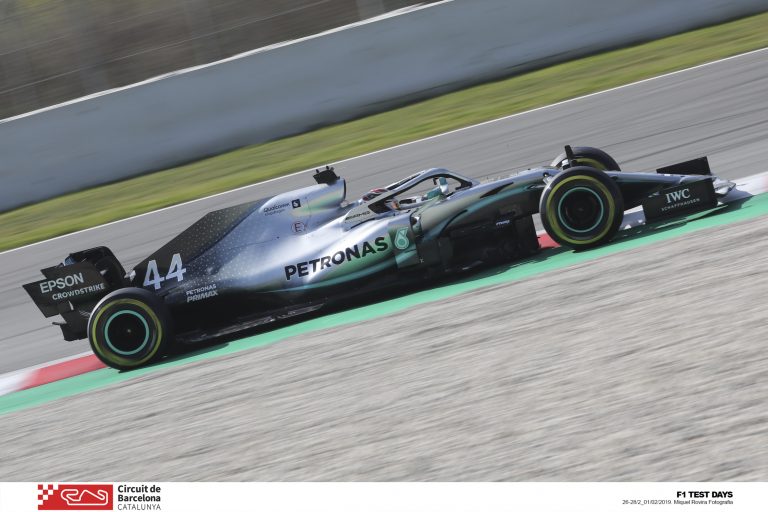 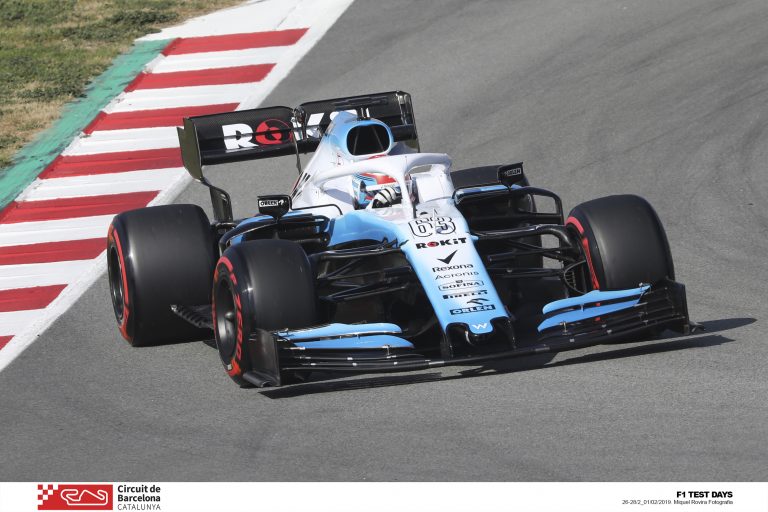 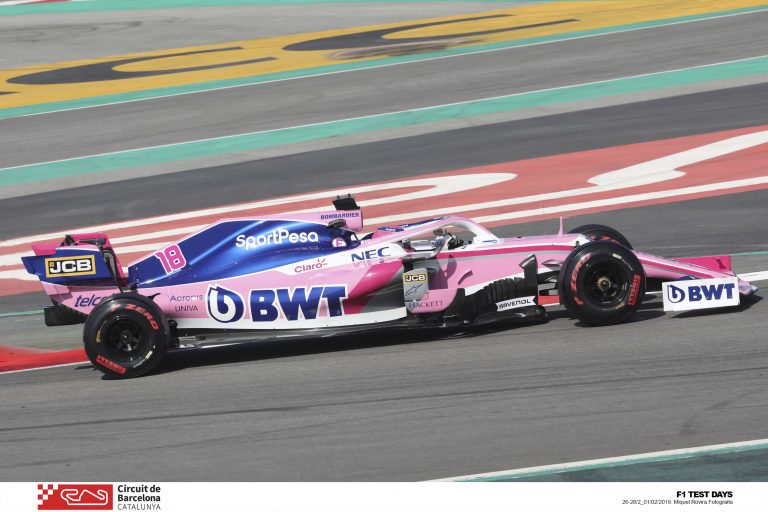 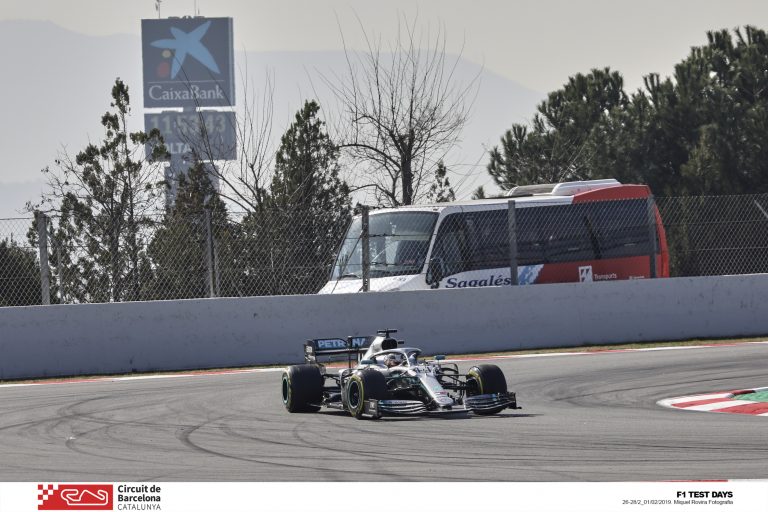 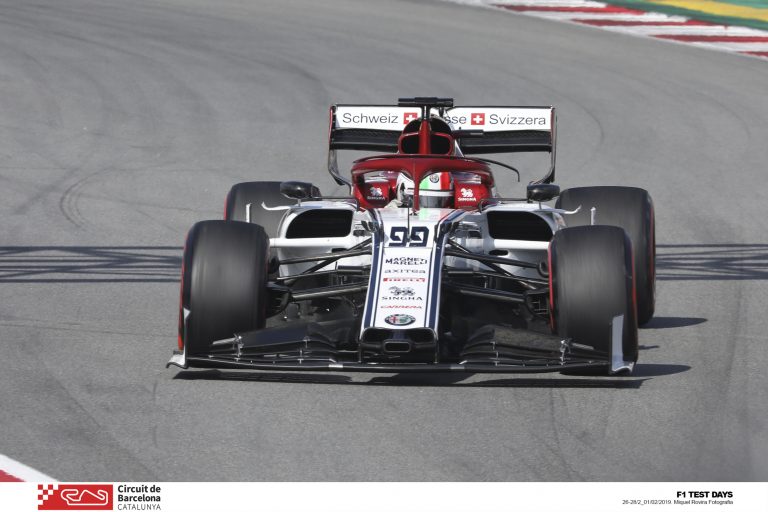 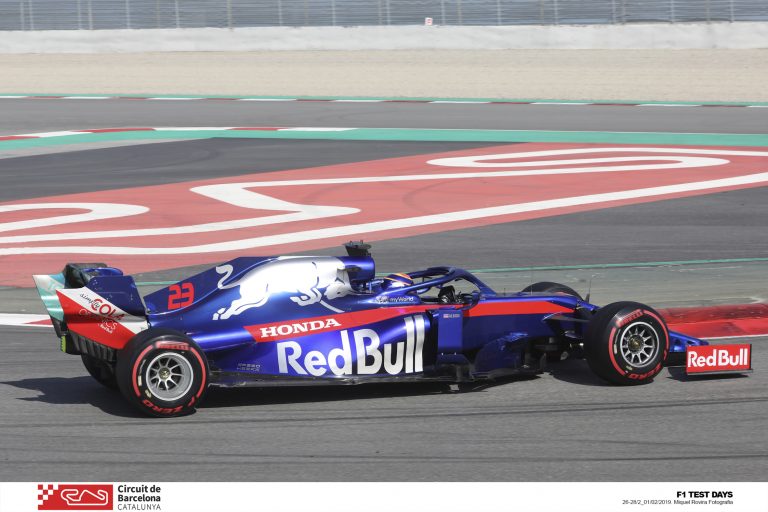 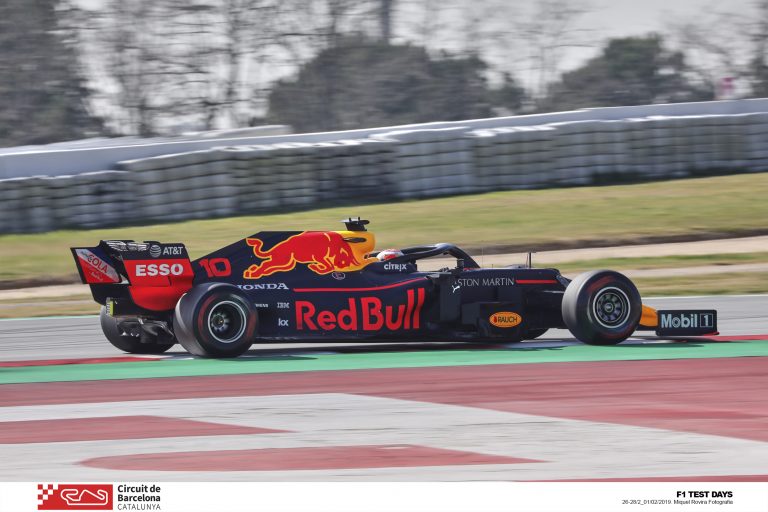 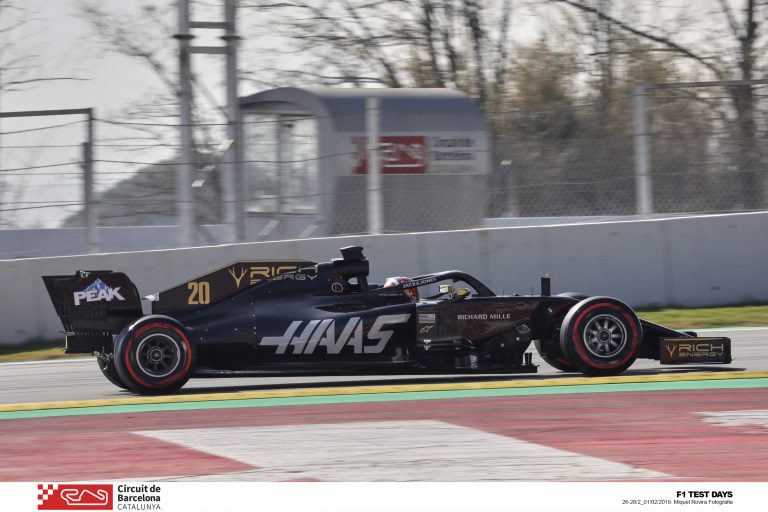 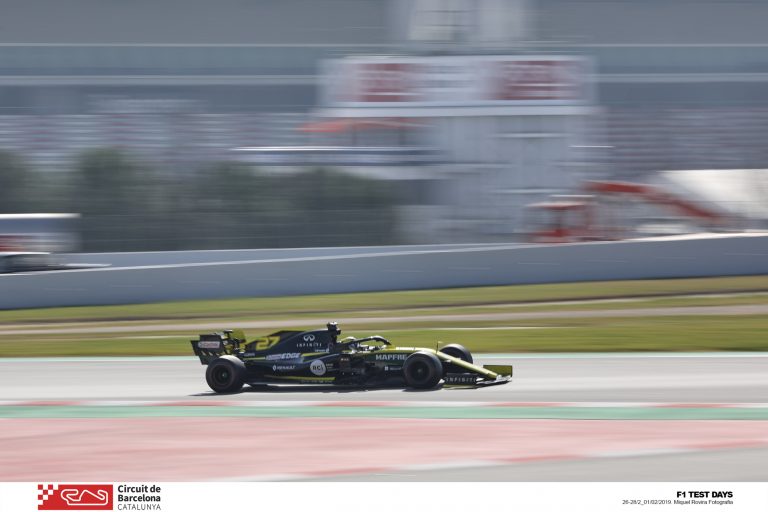 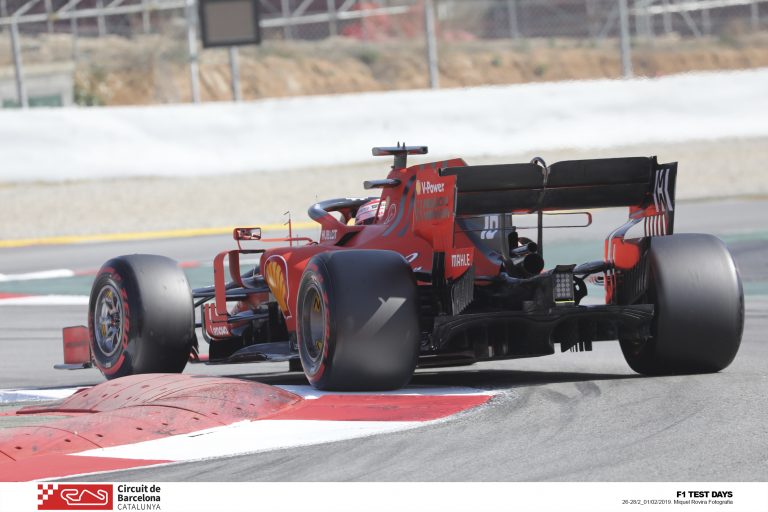 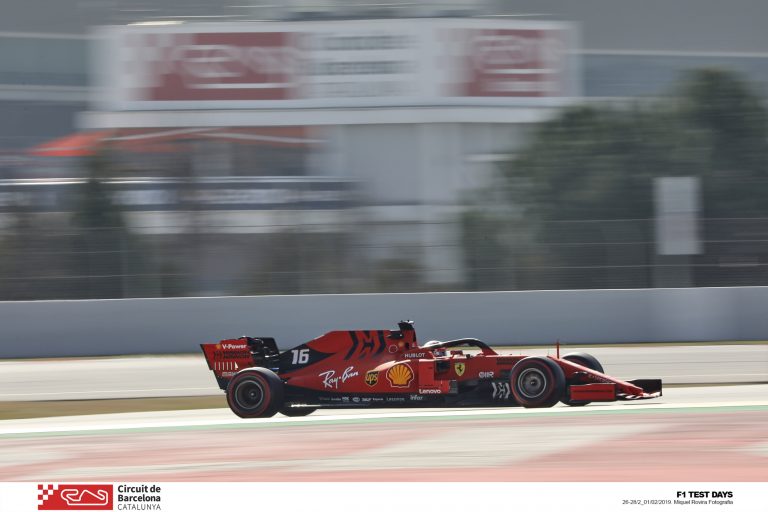 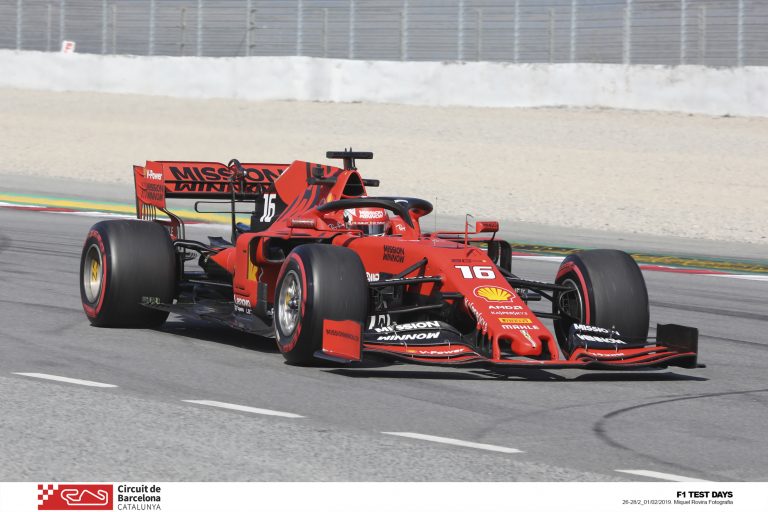 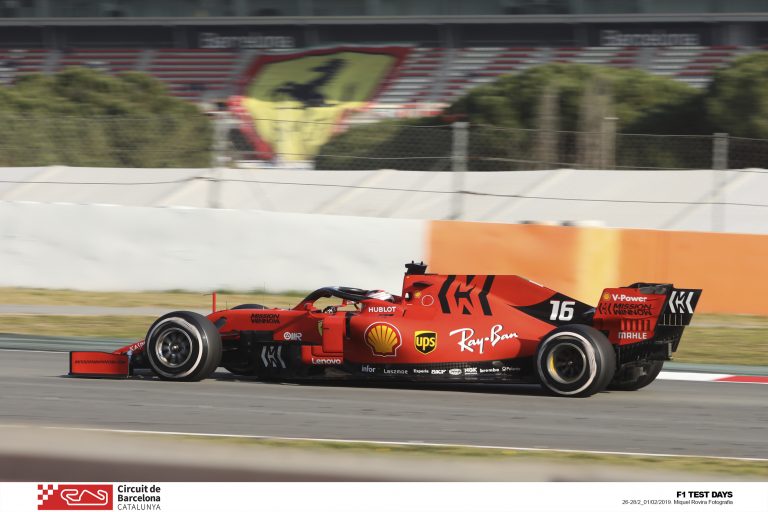 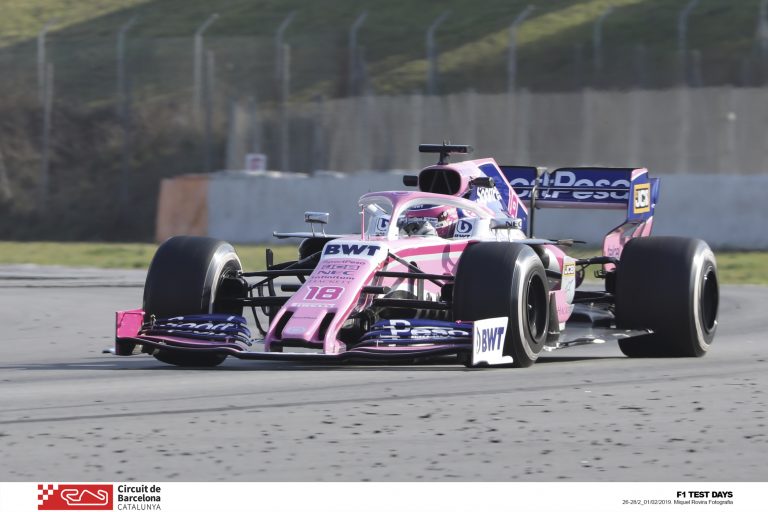 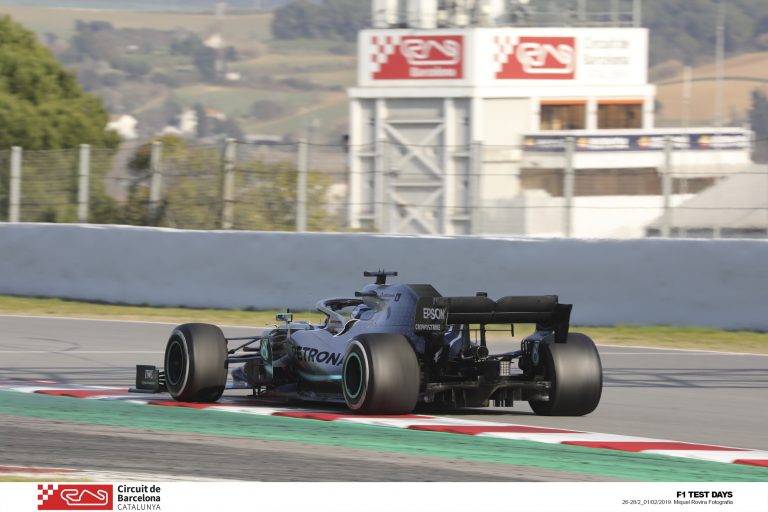 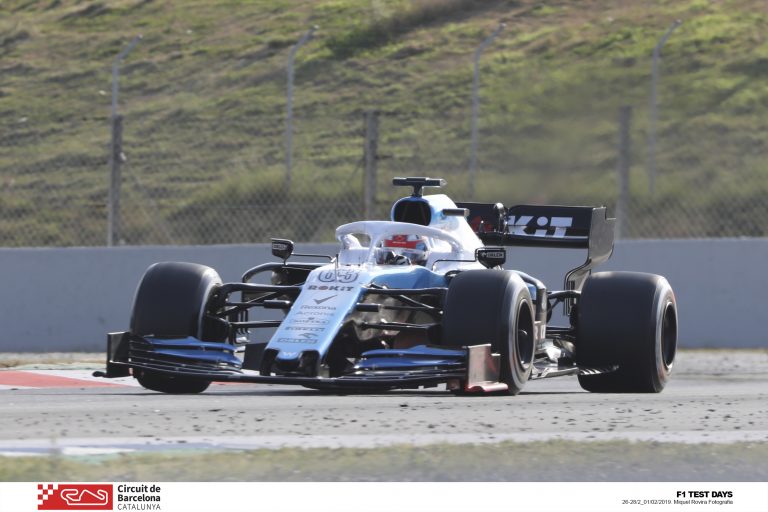 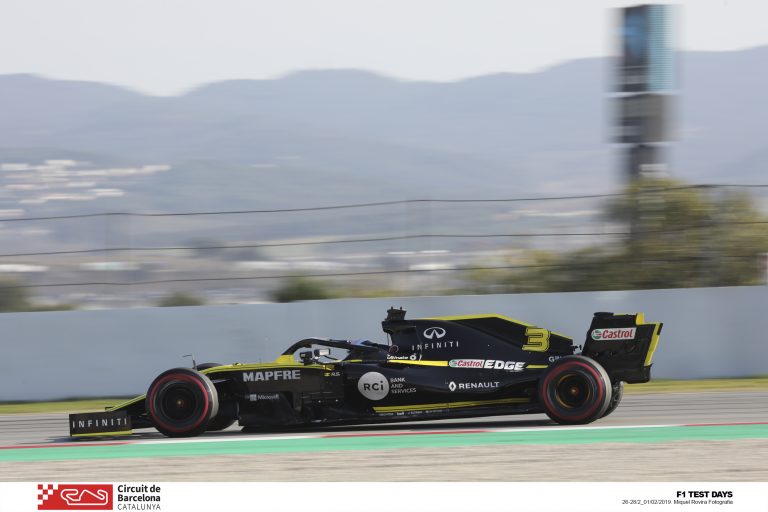 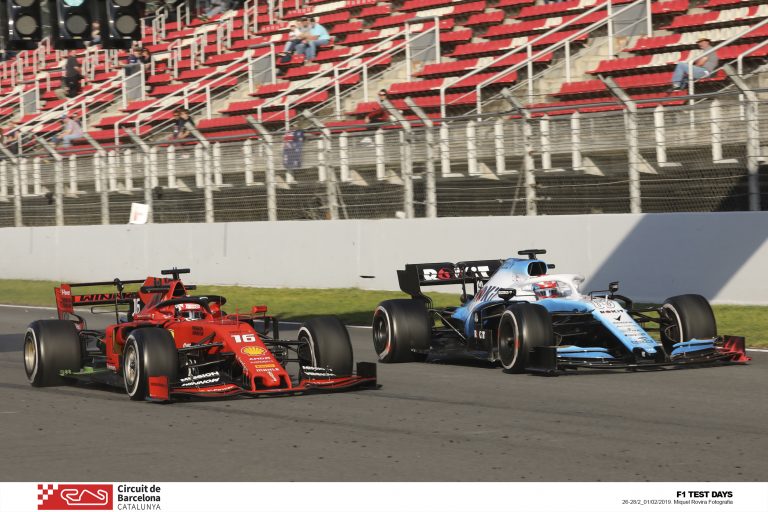 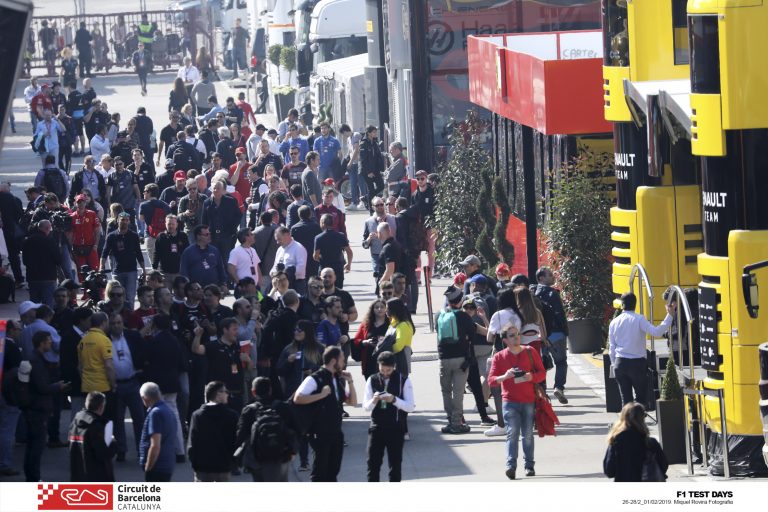 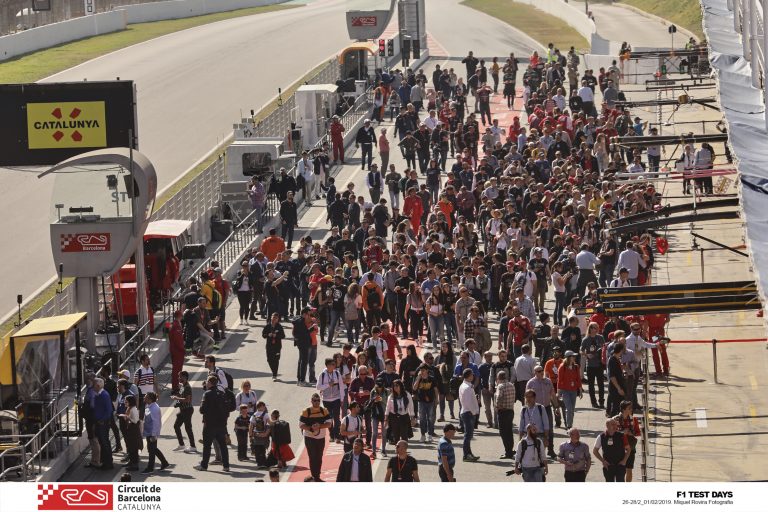 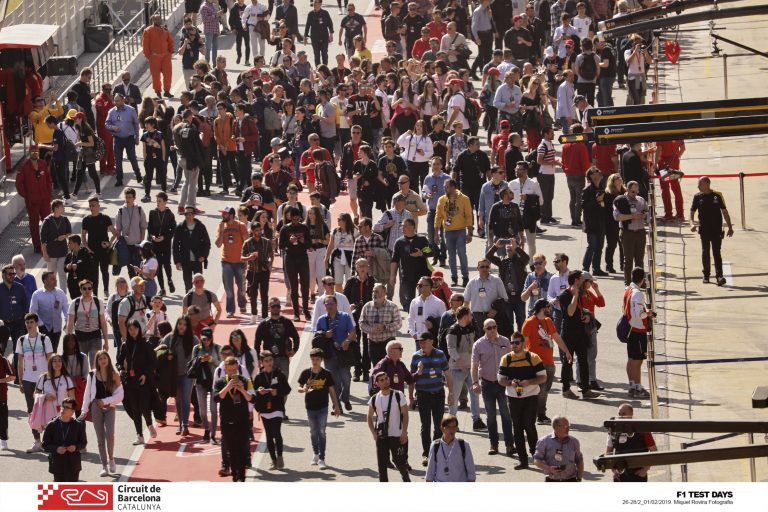 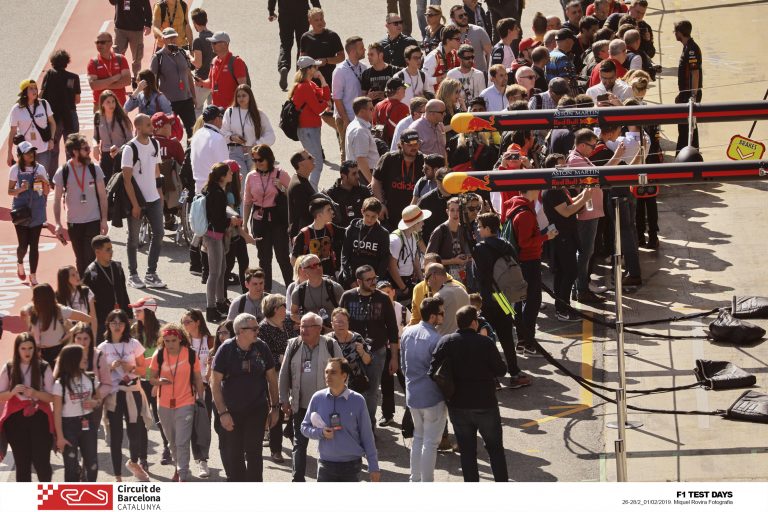 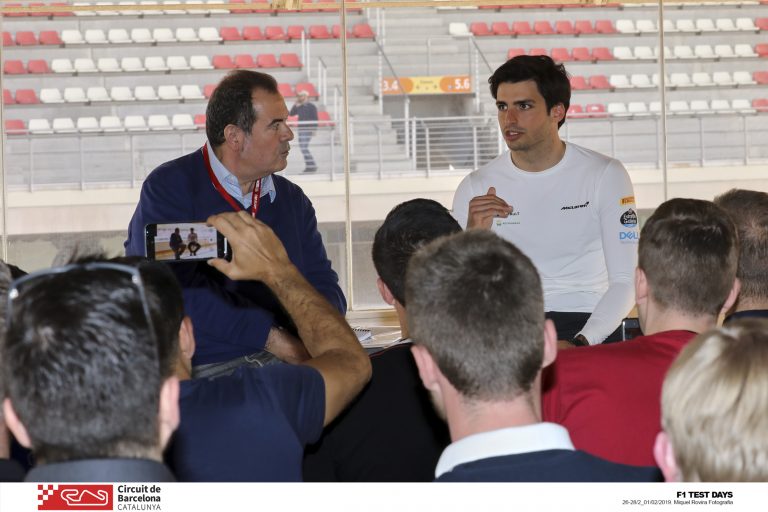 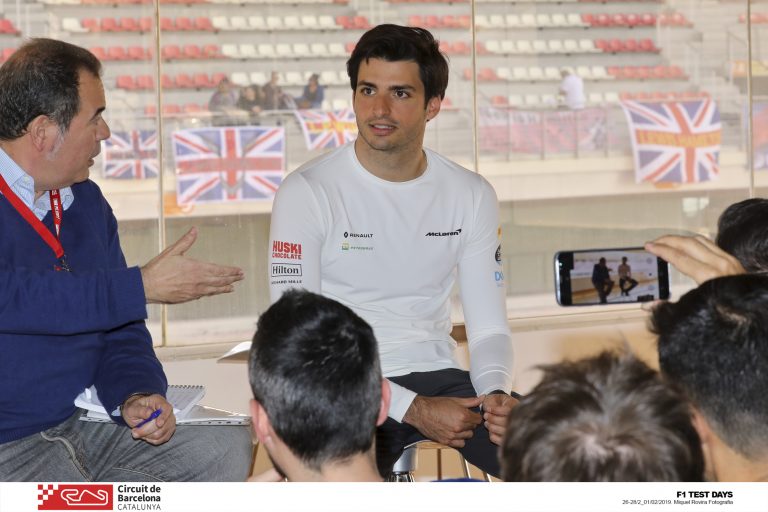 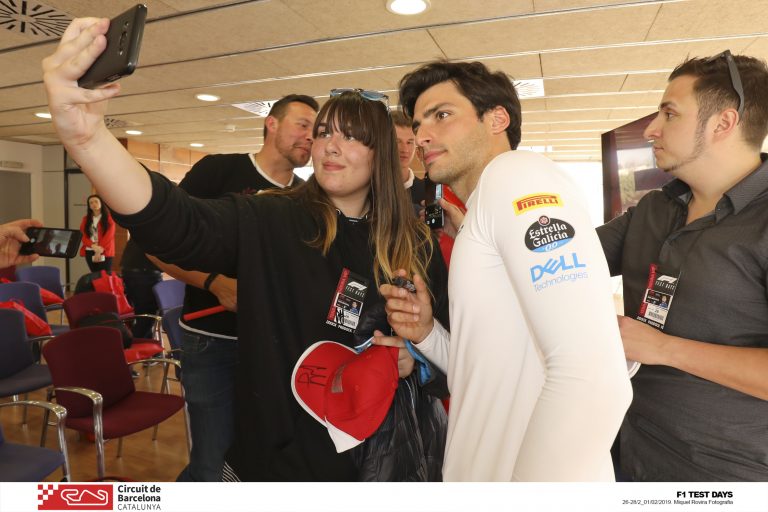 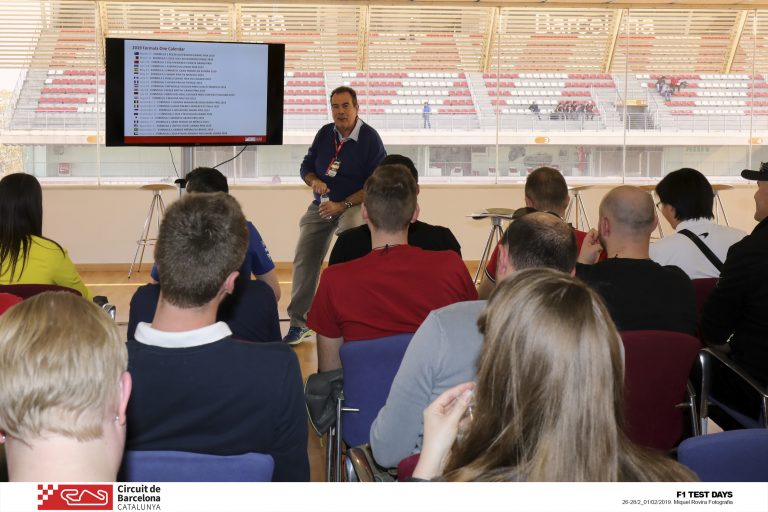