Final straight, from 6 to 9 March with the last four F1 Test Days. Free admission with the Grand Prix ticket.

Circuit de Barcelona-Catalunya gets ready to face the last week of official testing with four intense test days. The F1 Test Days come to an end and with them, the preseason of the World Championship that was once again held exclusively at the Circuit. This second part of the test will be definitive for the teams that will have from 6 to 9 March to fine-tune their single-seaters before the start of the World Championship in less than three weeks.

It seems that Mercedes continues to be one step ahead of their rivals. Lewis Hamilton clocked the fastest time in the first week which was marked by the severe weather conditions. Despite the snow on the Circuit and the following rain, the British driver was able to clock 1:19.333. The cars are already faster and it is expected that the times will be further improved this week, with the usual sunshine at Circuit de Barcelona-Catalunya. The drivers confirmed for tomorrow are Valtteri Bottas (Mercedes) in the morning and Lewis Hamilton (Mercedes) in the afternoon, Sebastian Vettel (Ferrari), Nico Hulkenberg (Renault) in the morning and Carlos Sainz (Renault) in the afternoon, Daniel Ricciardo (Red Bull), Sergio Pérez (Force India), Stoffel Vandoorne (McLaren) and Kevin Magnussen (Haas), amongst others.

The activity on the track will start tomorrow at 9 h in the morning, until 13 h. After the lunch break, spectators will be able to continue enjoying the action on the track from 14 to 18 h.

Next Wednesday 7 March, within the framework of the F1 Test Days, there will be a charity guided tour with the collaboration of the driver Carlos Sainz.  All funds collected will be given to Juegaterapia, a foundation that works in order to improve the life of children with cancer.

Only a small group of people will be able to enjoy the experience that will consist of a guided tour around the most restricted areas of Circuit de Barcelona-Catalunya, a speech about F1 by journalist Josep Lluís Merlos and a Meet&Greet with Carlos Sainz during which fans will have the chance to meet the driver, take pictures and get autographs. The price of this experience, which also includes the ticket for the F1 Test Days, amounts to 100 euros.

Admission to the F1 Test Days

Spectators will have free admission with their tickets for the FORMULA 1 GRAN PREMIO DE ESPAÑA 2018, to be staged from 11 to 13 May, as well as Circuit Members and Officials.

The rest of the fans can purchase their tickets on the Circuit website and at the Box Offices for 18 euros.

The Box Offices and Gates 1 and 3 will open every day at 8:30 am and the car parks to be used by spectators during the Formula One Test Days will be A and IN6. Grandstands F, G and the Main Grandstand will be open during the tests. 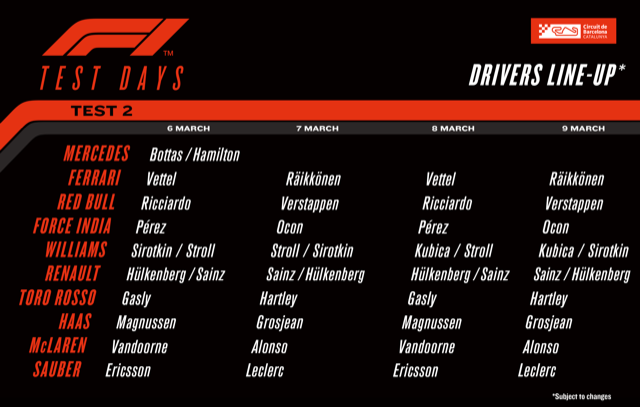 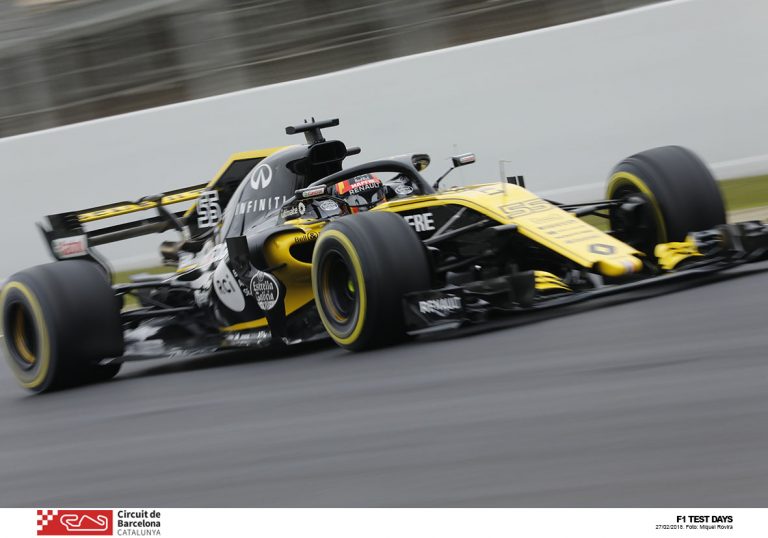 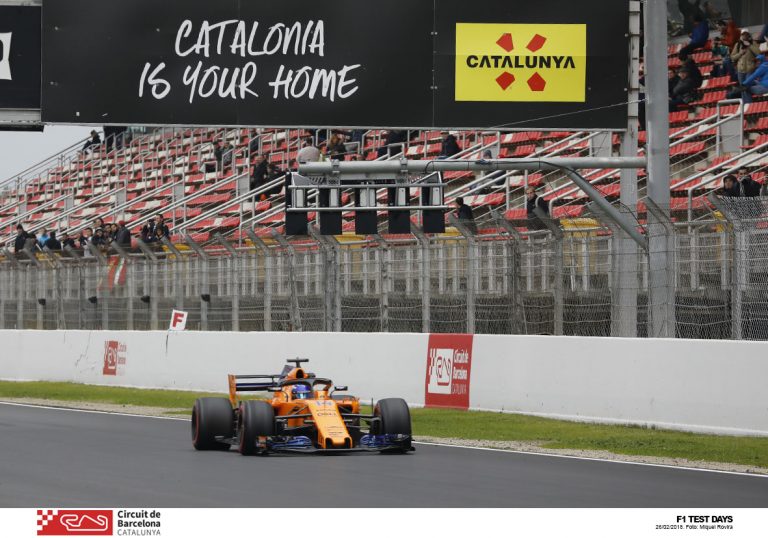 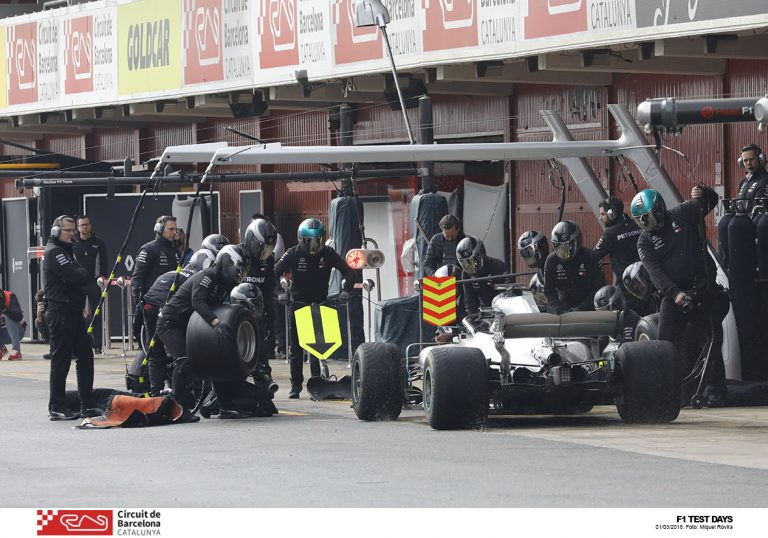